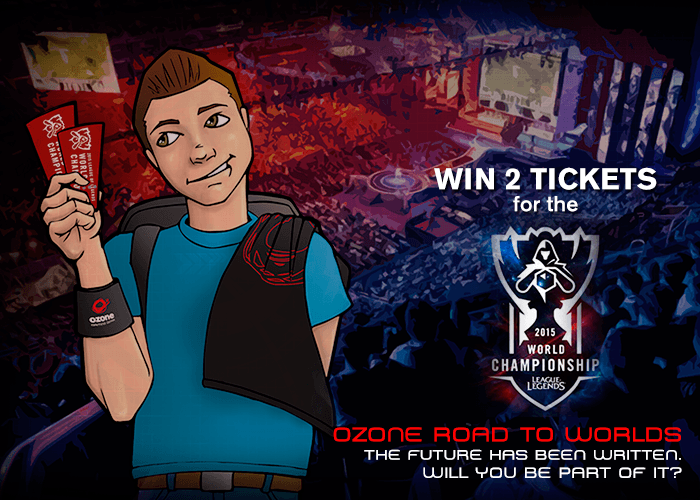 LCS World Championship Finals is one of the biggest eSport event in the World, millions of fan are awaiting to see which team will be proclaimed the world champion of this season.

The international gaming peripheral brand, Ozone Gaming, has organized one of the biggest sweepstake ever given on the gaming sector. A chance to take part at LCS World Championship Finals in Berlin.

With this giveaway Ozone Gaming is giving the opportunity of watching the best progamers of all times fighting for glory.

This contest will be available from 22th September at 2:00pm (CET) to 5th October at 5:00 pm, at this time the giveaway winner will be randomly selected and announced on the Social Media channels of the brand.

– Two tickets for the LCS World Championship Finals held in Berlin  next 31st October (Mercedes-Benz Arena). One for the winner for the winner and another one for a guest.

-Ozone box (including gaming peripherals of the brand).

The participation of this giveaway will be worldwide via Twitter.

This giveaway will be held at Ozone Road to Worlds Microsite:http://promo.ozonegaming.com/