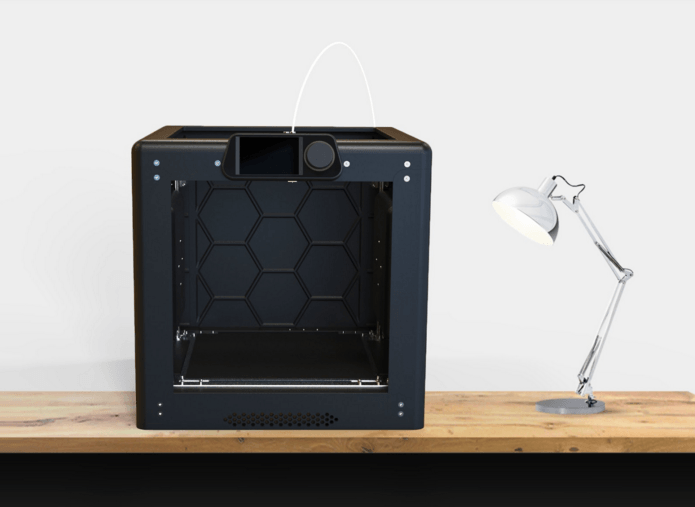 PERTH, Australia (December 1, 2015) – Arcadian 3D, an Australia-based company, has developed the next generation of 3D printing technology with the ARC-one, a consumer-level 3D printer that competes with models in the $5,000 range, besting competitors with its $1,399 price tag while bragging better features and technology.

Founded by 23-year-old entrepreneur and inventor Alex Bolderoff, Arcadian 3D emerged as a company intent on problem solving. With the help of CTO Joe Mosfet, an accomplished electronics engineer and circuit designer with years of best practice business experience, they set their sights on improving upon current printer models on the market. “I saw that most 3D printers were using the same old technology repackaged over and over again. As a consumer, I was expecting repeatable reliability in these expensive machines, and since that wasn’t happening, I decided to create my own,” said Bolderoff.

Not only was Bolderoff able to create his dream printer, he was able to do it at a fraction of the cost. “We keep our overhead low and keep the user in mind. I’m proud to say that our printer is at least 50% less expensive than comparable models on the market today, yet doesn’t have the same problems that plague other more expensive machines,” said Bolderoff. Keeping costs low was a priority from the start for Arcadian 3D. Bolderoff and Mosfet agreed that access to this technology should be wider and more universal. When asked about his low price, Bolderoff said, “Developing this technology was never about making us wealthy – it has always been about creating a fair product, in terms of price and quality.  I was the 3D printer consumer, and I know what it feels like to spend a lot on a printer that you’re disappointed in. We wanted to be different.”

The ARC-one boasts a multitude of features, including an on-board operating system that doesn’t require the use of an external computer, web browsing for 3D model downloads, and more advanced settings that allow pros to upgrade and hack their ARC-one to suit their design needs. The ARC-one is the first and only consumer 3D printer with a Linux OS and 32-bit motion controller combined. Smart software allows for easier downloading, preparing models, 3rd party slicing apps, filament profiling for perfect prints, and more. Arcadian 3D has developed technology that eliminates guesswork by providing error-proof bed levelling, advanced filament sensors, and creating larger maximum build volume inside of a compact unit.

The ARC-one is now available through Kickstarter. Each backer will receive a printer for pledging, and rigorous planning has secured a swift production schedule, for after their fundraising goal is met, to fulfill the backer reward quickly.

Filament out and jam warnings

Founded in 2014, Arcadian 3D is an Australia-based company, with symmetric operations in Denver, CO. They have developed the next generation of 3D printer and are rolling out the ARC-one, a high quality consumer-grade 3D printer, in 2015, available through Kickstarter. www.arcadian3d.com