CORSAIR is Ready for AMD Ryzen™ 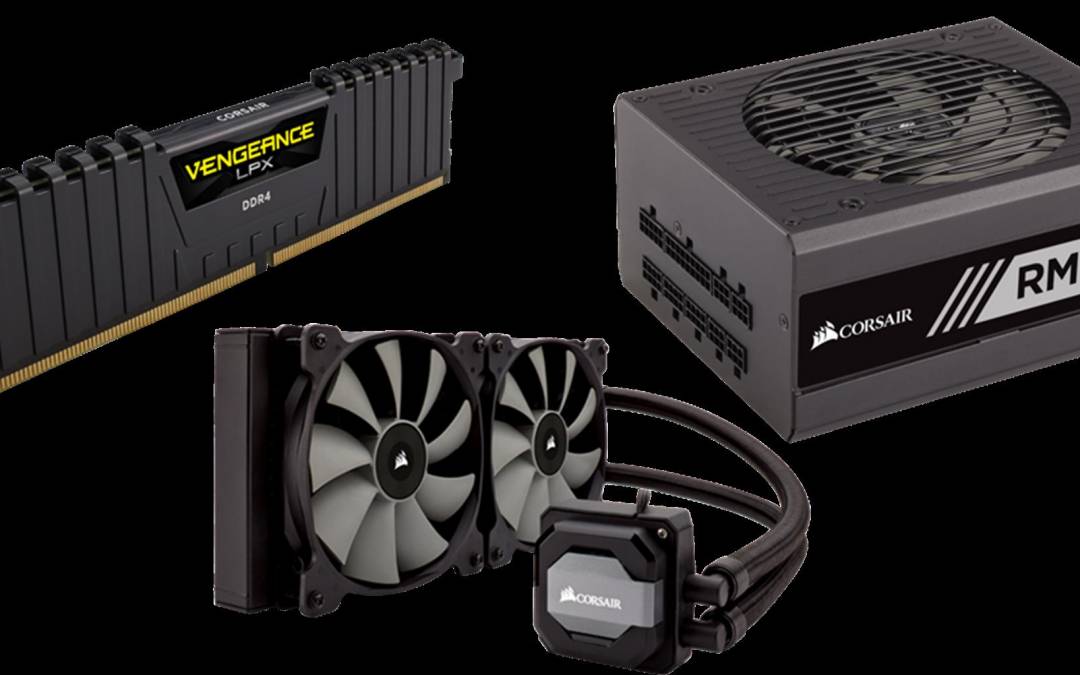 FREMONT, CA – February 28th 2017 – CORSAIR,® a world leader in enthusiast memory, high-performance gaming hardware and PC components, today announced its extensive compatibility for the groundbreaking new range of AMD Ryzen™ processors and the AM4 platform. With a completely new CPU architecture, chipset and CPU socket, AMD Ryzen demands the latest in performance PC hardware. With a wide range of compatible DDR4 memory, liquid CPU coolers and PSUs, CORSAIR has everything enthusiasts need to make AMD Ryzen CPUs run to the full extent of their abilities.

“CORSAIR is uniquely positioned for the launch of AMD Ryzen, with an outstanding range of not just high-performance DDR4 memory, but liquid CPU cooling and power supplies as well,” said Travis Kirsch Director, Product Management, Client at AMD. “CORSAIR offers everything system builders need to get the absolute best performance from AMD Ryzen and the new AM4 platform.”

AMD Ryzen CPUs require the latest DDR4 memory and CORSAIR has a growing range of AMD Ryzen qualified high-performance DDR4 memory, with more kits being certified for Ryzen processors every day. Launching with Vengeance LPX 16GB, 32GB and 64GB kits running at 2,133MHz and 2,400MHz, and Dominator Platinum 16GB running at 3,000MHz, CORSAIR has the DDR4 memory to match your choice of AMD Ryzen™ build. Check http://www.corsair.com/ryzen for a full up-to-date list.

AMD Ryzen processors also bring an entirely new CPU socket, AM4, and the CORSAIR Hydro Series H60, H110i and H100i are ready right out of the box to deliver superior liquid CPU cooling to socket AM4 Ryzen CPUs. The rest of the CORSAIR Hydro Series range of coolers are also fully compatible with AMD Ryzen and AM4 via an additional mounting bracket. CORSAIR is proud to announce that, for a limited time, an AM4 bracket will be supplied, upon request, to all qualifying Hydro Series owners free of charge, including shipping to EU, USA and select other countries. Brackets start shipping on March 2nd, so check http://www.corsair.com/ryzen for full details.

What’s the use of performance without the power to supply it? CORSAIR PSUs have been trusted by PC enthusiasts for over a decade, winning hundreds of industry and reviewer awards thanks to a complete commitment to quality, reliable and performance. Now that legacy comes to AMD Ryzen, with every CORSAIR PSU fully compatible with all new AMD X370, B350 and X320 chipset motherboards. Equip the legendary 80-PLUS Titanium AX1500i, the low-noise 80-PLUS GOLD RMx series, or the dependable 80-PLUS Bronze CX series to complete your Ryzen system.

“We’re extremely excited about the new AMD Ryzen processors and the new AMD platform” said Aaron Neal, Senior Manager of DIY product Marketing at CORSAIR. “With extensive DDR4, Hydro Cooler and PSU support across our entire range, enthusiasts can be sure that CORSAIR has everything they need to build the perfect Ryzen system”.