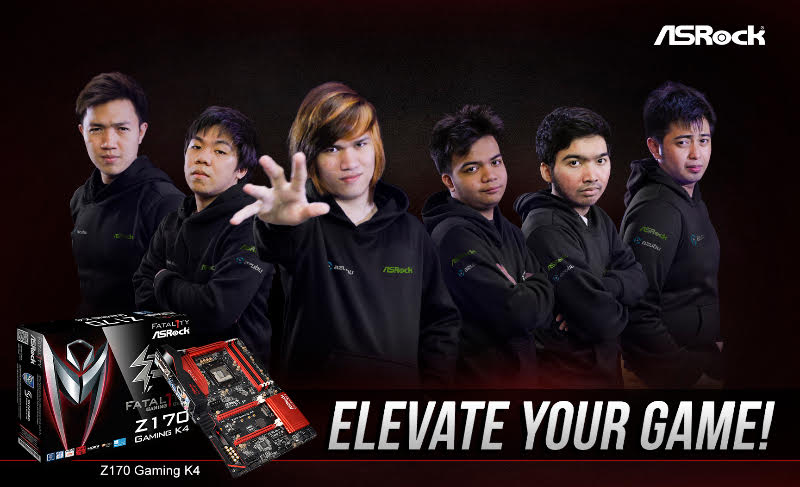 TNC Pro Team was formed in January 2015 through the initiative of TheNet.Com (TNC), by organizing a DOTA2 tournament that will determine the next gaming team to be handled by the company. And that was when TNC Pro Team－”A New Breed of Champions” was born. TNC Pro Team is now one of the top DOTA2 gaming teams in the Philippines today. TheNet.Com (TNC) is the biggest iCafe chain in the Philippines with more than 70 franchises nationwide.

“ASRock is very excited to be the official motherboard sponsor of TNC Pro Team, one of the best Dota 2 professional gaming teams in  Philippines. ASRock is looking forward to see TNC Pro Team win more titles by using ASRock gaming motherboards. We look forward to their achievements and to bring their professional gaming skills to the next level!” says James Lee, VP of ASRock Sales and Marketing.

With the new sponsorship, ASRock and TNC Pro Team will be affiliated throughout 2015/2016 and ASRock Fatal1ty gaming series motherboards will support TNC Pro Team’s tournaments around the globe. Upcoming events include ESL One 2015 in New York and The Fall Majors in Europe.