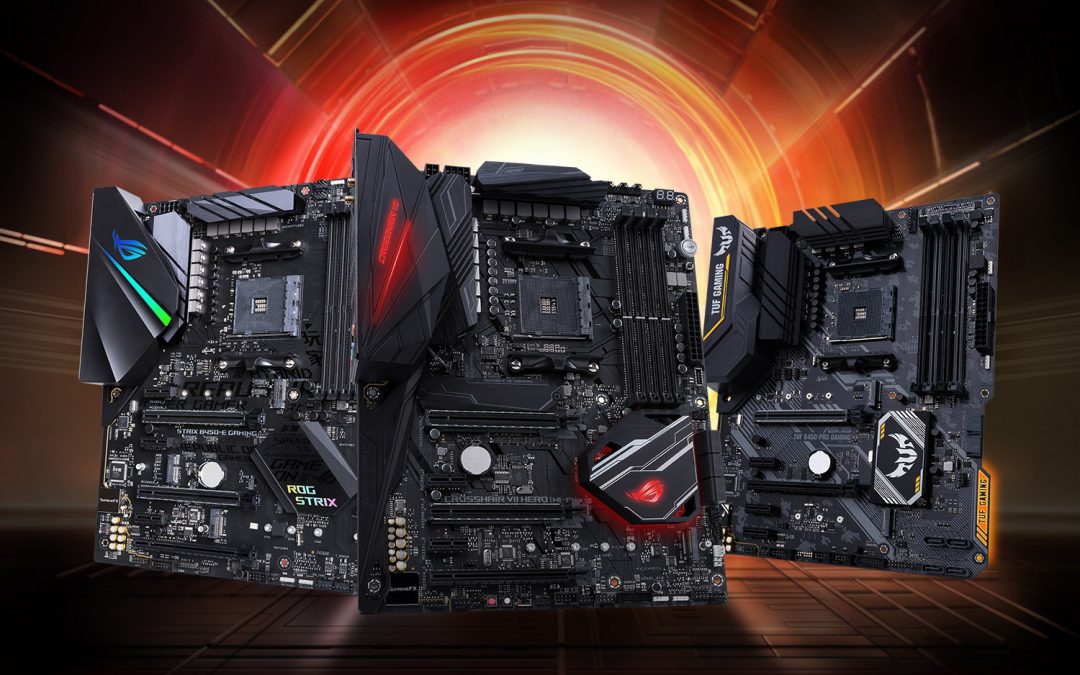 TAIPEI, Taiwan, July 30, 2019 — ASUS today reiterated that its complete lineup of 300 and 400-series,
AM4-socket-based motherboards offer full-feature support for the latest AMD RyzenTM 3000-series CPUs
and APUs, via an easy UEFI BIOS update that’s available immediately.
Not content with creating the industry’s best X570 motherboards, ASUS puts the needs of its customers
first, and is committed to providing the best possible BIOS support for both new and existing
motherboards. Our engineers have been working to ensure that the both the interface and all key features
of the acclaimed ASUS UEFI BIOS are available to users of existing ASUS 300 and 400-series, AM4-
socket motherboards.

Consistent, dependable features and support, via the same award-winning UEFI BIOS interface
A significant benefit of the award-winning ASUS UEFI BIOS is that our engineers work carefully and
methodically to ensure that both the popular graphical interface and all key features are still available to
users of all ASUS 300 and 400-series, AM4-socket motherboards. For ASUS customers, regardless of
the ROM size of their motherboard, there’s no need to purchase a new motherboard simply to access
features that had been available prior to the update. The upshot is that those using ASUS 300 and 400-
series, AM4-socket motherboards who wish to upgrade to 3rd Generation Ryzen 3000 APU or CPU can
do so safe in the knowledge that their existing BIOS experience and feature set will remain intact. In
addition, ASUS will ensure that older CPUs are still supported after the BIOS update. The full
compatibility list is as follows:

ASUS motherboards and AMD Ryzen 3000 processors: a perfect match
For the ultimate Ryzen 3000 platform, users need look no further than our flagship X570-series
motherboards. But those who want a more budget-friendly way to enjoy the performance benefits offered
by Ryzen 3000 processors can choose from our wide range of 400 and 300-series motherboards.
Popular models in this series include the ROG Strix B450-E Gaming, TUF Gaming B450 Pro Gaming and
TUF B450M Pro Gaming, all featuring a beefy VRM design with extended heatsink, thermal pad and
premium components that are ready to unleash the Ryzen 3000’s performance.

Friendly and easy UEFI BIOS update for instant compatibility with AMD Ryzen 3000 processors
Updating an ASUS 300 or 400-series, AM4-socket motherboard for compatibility with the latest AMD
Ryzen APUs and CPUs processors takes just moments, via one of two simple methods.
With the ASUS-exclusive USB BIOS FlashbackTM feature ― which is built in to selected ASUS
motherboards ― users need only to download the latest UEFI BIOS to a USB flash drive and connect the
motherboard’s power supply; then insert a FAT32-formatted USB drive and press the motherboard’s USB
BIOS Flashback or Reset button. No AM4 processor or memory modules need to be in place, and the
update will complete in a few moments.
Alternatively, users may update via the EZ Flash 3 utility that’s integrated with the ASUS UEFI BIOS. This
tool allows the update to be applied via an inserted USB drive or downloaded directly from the internet.
The UEFI BIOS update is available from the relevant motherboard-support page, via the ASUS Support
website at https://www.asus.com/support.