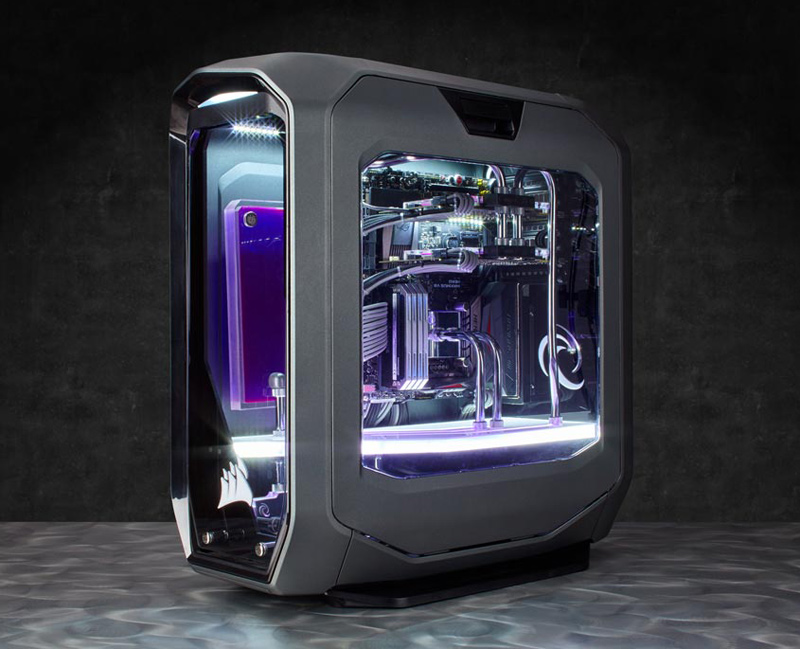 Taipei, Taiwan – May 30th 2016 – CORSAIR®, a world leader in enthusiast memory, PC hardware and high-performance gaming peripherals kicked off this year’s Computex today by offering press and industry partners an exclusive tour of its “Build it Better” showcase at the Grand Hyatt Hotel, Taipei.

A host of new technologies and soon-to-be-released CORSAIR products will be shown, alongside some of the most amazing custom modded PCs on display anywhere. Whether Enthusiasts want to build their system faster, quieter or brighter, with CORSAIR they can always Build It Better.

The heart of the CORSAIR Product range, Computex 2016 sees the first showing of two new ranges of high-performance DDR4 memory – CORSAIR Vengeance LED and CORSAIR Dominator Platinum Special Edition. Vengeance LED brings integrated lighting and an aggressively styled new heat-spreader design to the award-winning CORSAIR Vengeance range of XMP 2.0 certified DDR4, allowing enthusiasts to light up their system with vibrant LED lighting in either red or white. Vengeance LED will also be the fastest CORSAIR DDR4 memory kit ever, with specially selected Samsung ICs driving kits to 4,333MHz and beyond.

CORSAIR’s range of cooling fans have long been favourites of enthusiasts, matching performance with low noise and a wide choice of customisation options. The new CORSAIR ML PRO and ML PRO LED are much more than just a new range of fans – they include an entirely different kind of bearing that will change what enthusiasts expect from a high-performance cooling fan.

Customisable with swappable, color co-ordinated corners and available in both 120mm and 140mm models, the ML PRO series is also available in ML PRO LED versions, adding integrated lighting into the fan’s hub, radiating light out through the frosted translucent blades for a vivid, striking look.

The CORSAIR ML PRO and ML PRO LED range of fans will launch in Q3.

A modern gaming PC is nothing without a powerhouse of a graphics card, and CORSAIR is proud to once again partner with MSI in the development of its Hydro GFX GeForce GTX 1080. Featuring an integrated closed-loop CORSAIR liquid cooler and PCB design by MSI, the Hydro GFX pushes the GTX 1080 to the limit thanks to its greatly increased GPU core cooling capacity, allowing the GPU to reach higher boost clock frequencies for longer. The result is a quieter, cooler, faster GeForce GTX 1080 right out of the box, ready to conquer even the most demanding of modern games and settings with ease.

Building a high-end PC is all about building it your way – your style, your choice of parts, your color. That’s why CORSAIR is bringing a new look to the multi-award winning Carbide 400C Case, the Carbide 400C White. Retaining everything that made the 400C a huge hit with enthusiasts when launched in January 2016, including a stunning full size windowed side panel, minimalist, drive-bay-free front panel and integrated PSU cover, the 400C White swaps ends of the color spectrum for a clean, cool new look.

The CORSAIR Carbide 400C White will launch in June 2016

Build it in the Living Room – BULLDOG and LAPDOG go VR

Celebrating the launch of the CORSAIR BULLDOG and LAPDOG last week, CORSAIR will also be showing the latest application for its living room gaming system and control center, Virtual Reality. By combining the performance of the liquid-cooled, living room friendly BULLDOG system, couch-comfortable LAPDOG and the latest in VR technology from Oculus and HTC, Gamers can experience all that VR has to offer, right from the comfort of their chair.