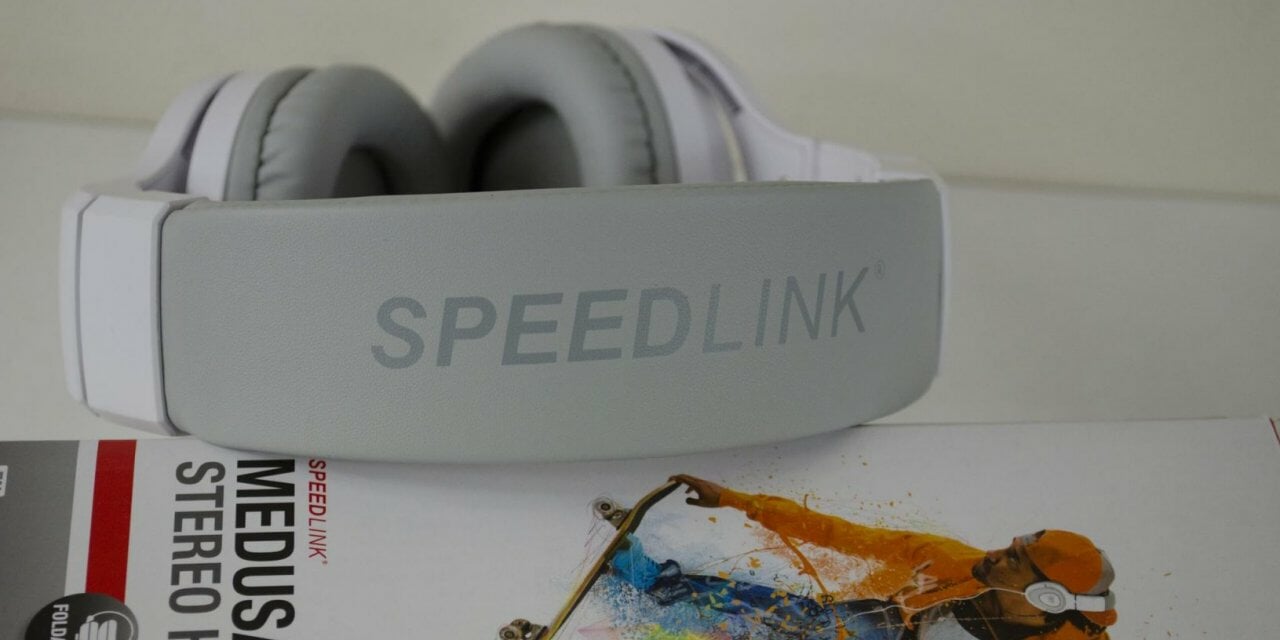 Following on from our last review of the SPEEDLINK Decus Gaming Mouse, today we will be bringing you a review on their Medusa Street Xe headphones. SPEEDLINK was a company I really actually knew little about before they offered to allow me to review a couple of their products. As I love reviewing peripherals so much, as it’s an excuse to play a few games out for testing purpose, I started off with the Decus and was quickly impressed with the overall quality and performance it had to offer. When it came time to test out the Medusa Stree XE headphones, I wasn’t quite sure what to expect but I was eager to try them out and was hoping for the best. The Medusa Street XE are a street headphone that I would say are primarily designed to be used with phones, tablets and media players, though they are of course still compatible with PC’s and laptops.

The headset is available in either black or white and for our review, we will be taking a look at the white version. The headset also comes with a small control box that has a mic on it so you can answer and take calls should you have it connected to your mobile phone. The cable is 1M in length and both of the earcups fold up making the headset easier to carry around with you or pack in a bag. All in all, it looks like a decent headset for the price, but as we all know, looks can be deceiving. So without further ado, let’s take a quick look at the properties as listed on the SpeedLink site and get into the closer look. 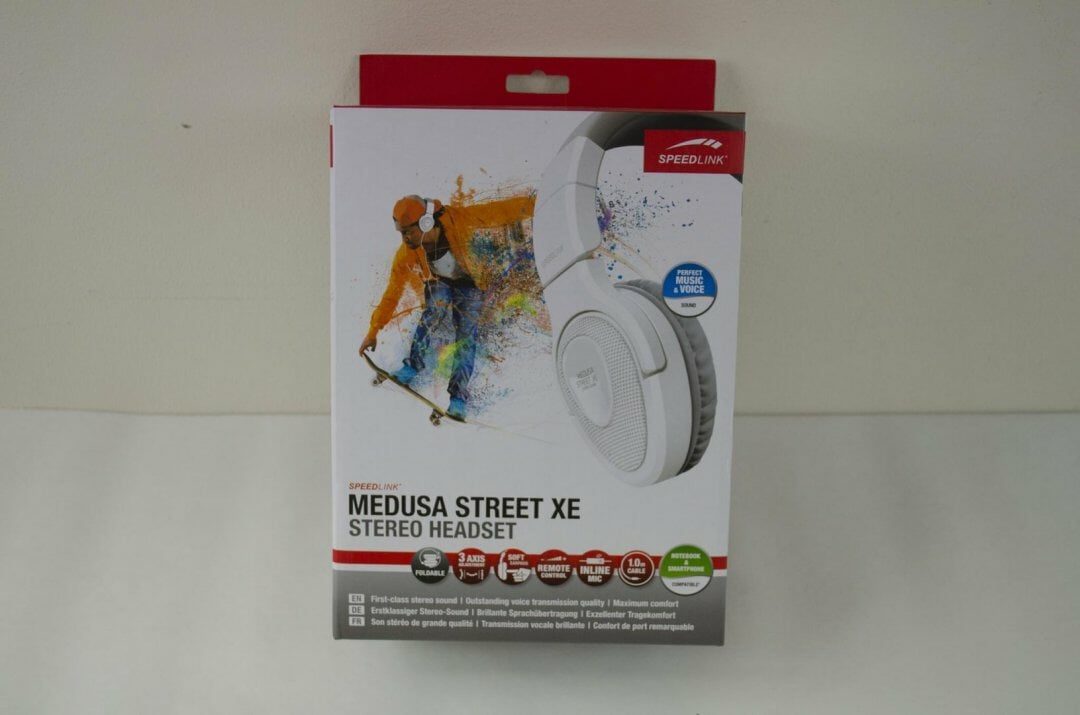 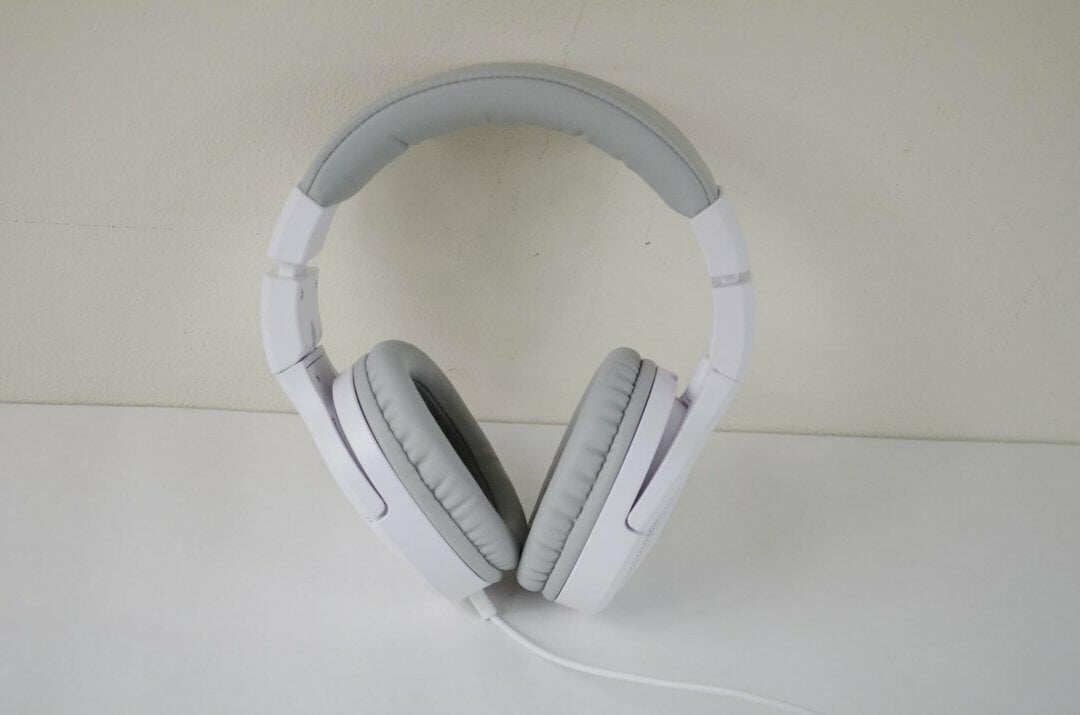 The outside of the earcups feature the Medusa Street XE branding and while hard to see, just above the earcup is a bit of SPEEDLINK branding as well. 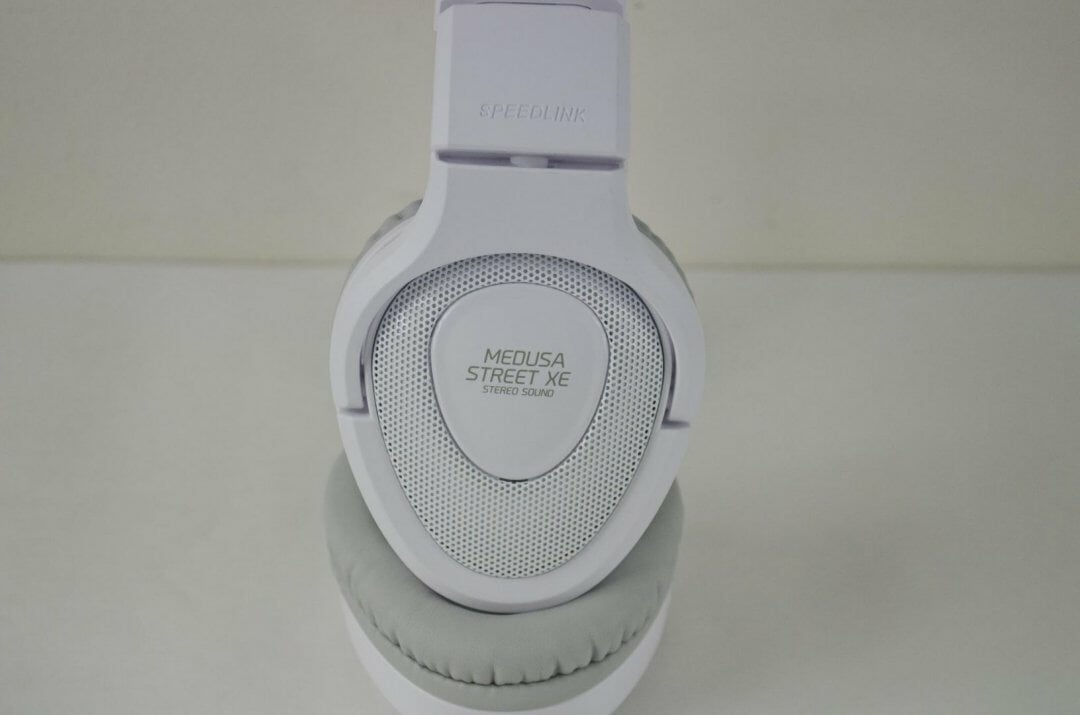 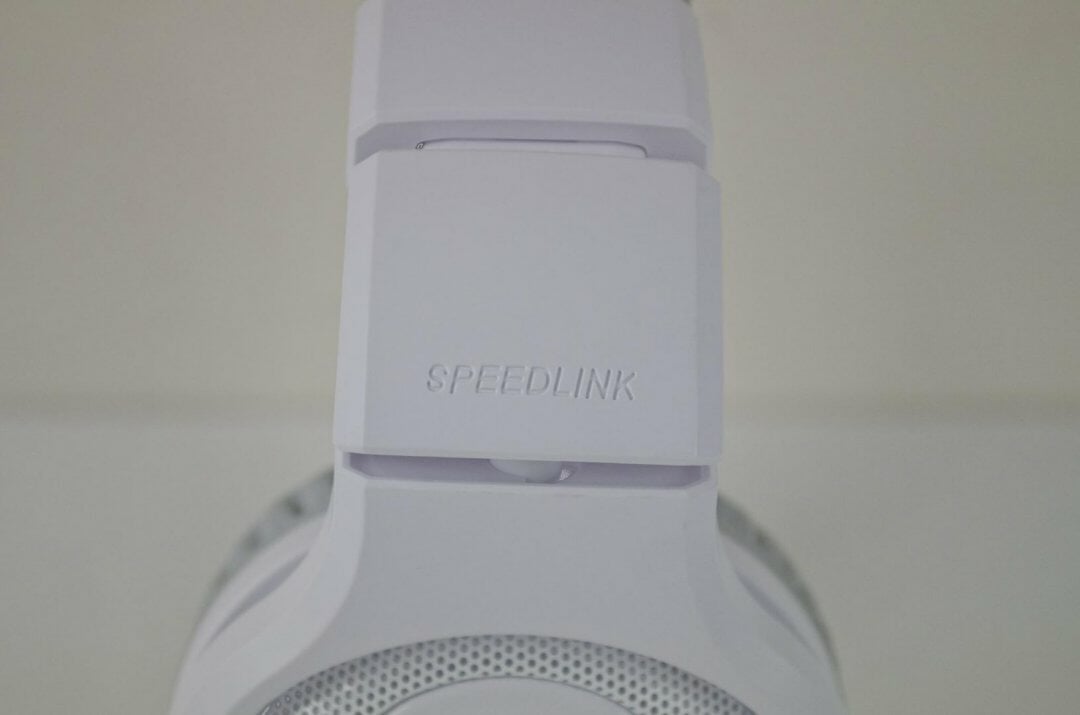 As mentioned, the earcups do have a bit of padding to them and they are fairly comfortable to wear. Inside the earcup there is a bit of protection over the holes that are covering the drivers, I would imagine this is to help some the ingress of dust getting into them. 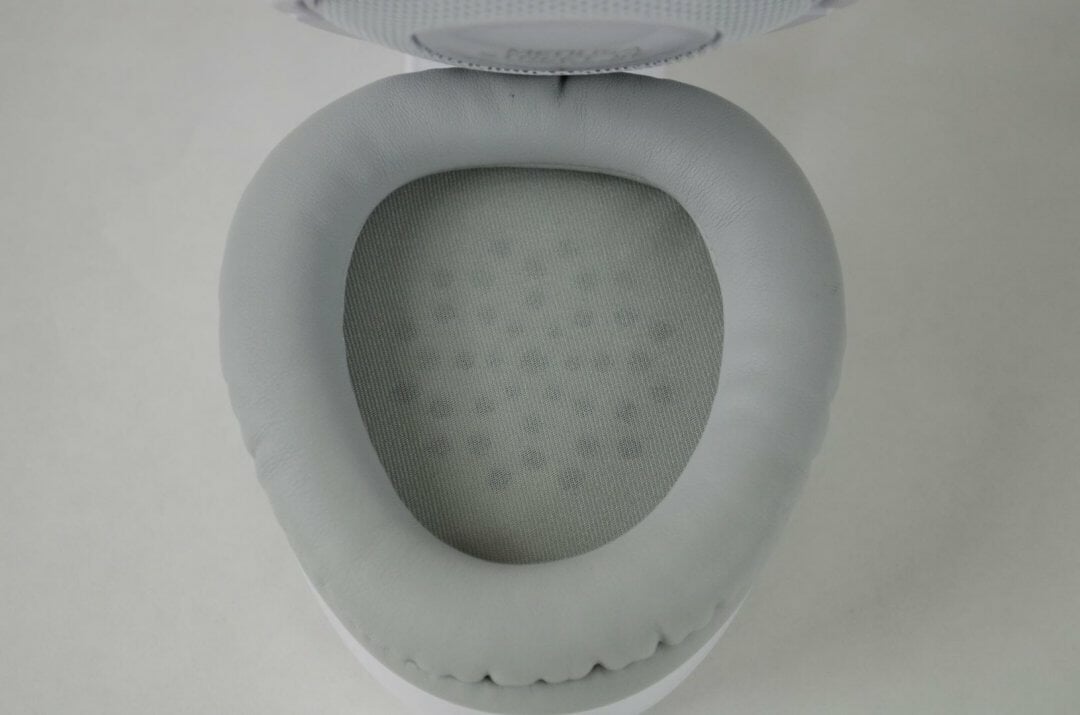 On top of the headband is another subtle SPEEDLINK bit of branding, which while easy to see from close up, may not be so from further away. However, I actually like this approach much better than the in your face, here’s the URL to our website type of branding, much classier this way. At the end of the day, you want people to know the products is yours and SPEEDLINK have done a great job at conveying that without overdoing it in my opinion. 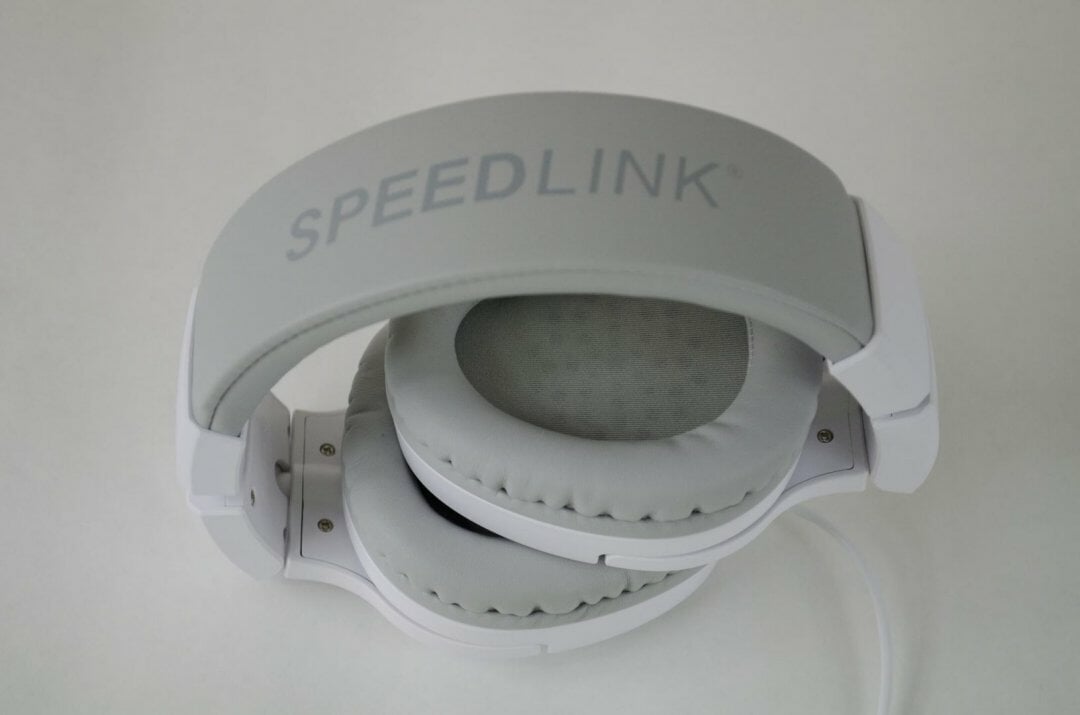 The Medusa Stree XE headset can easily be folded up to make it easier to transport, whether you are carrying them or stuffing them in a bag, this is sure to come in handy. 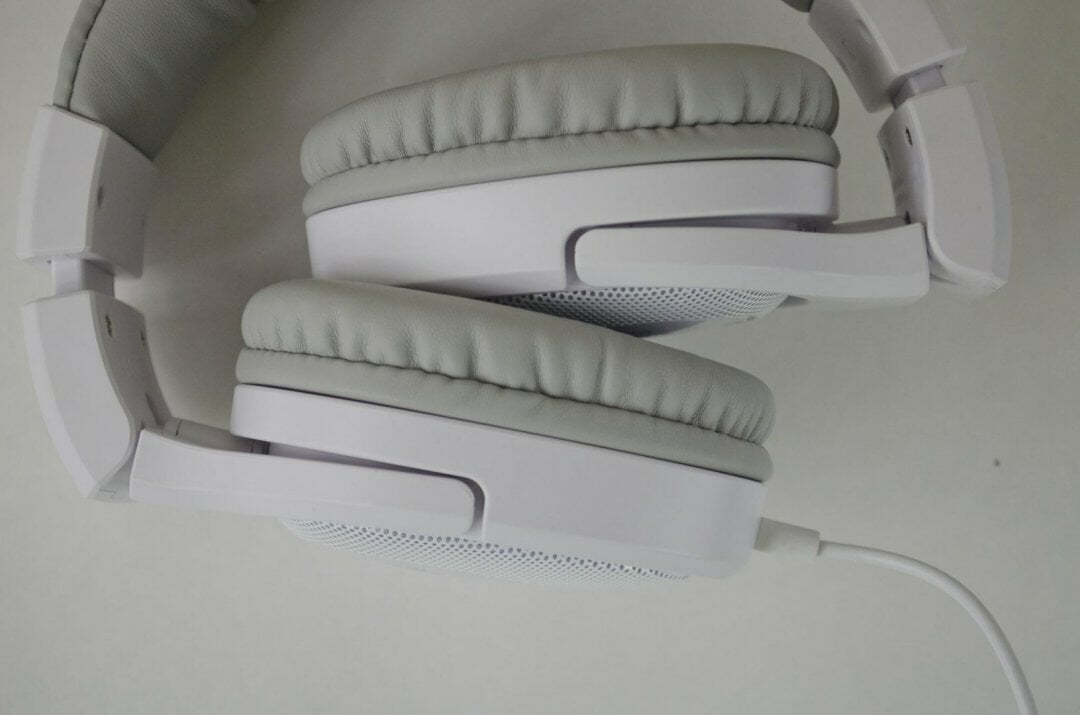 Here is the small control box that features the Volume wheel, mic mute button and the mic itself. The tiny hole is, in fact, the microphone on for the headset and in my opinion, it’s really not designed to be used for PC streaming etc. More of an, I got some tunes going and my significant other is calling, I should probably answer it quickly type of thing but we’ll discuss that a bit more in the conclusion, which is not coming up! 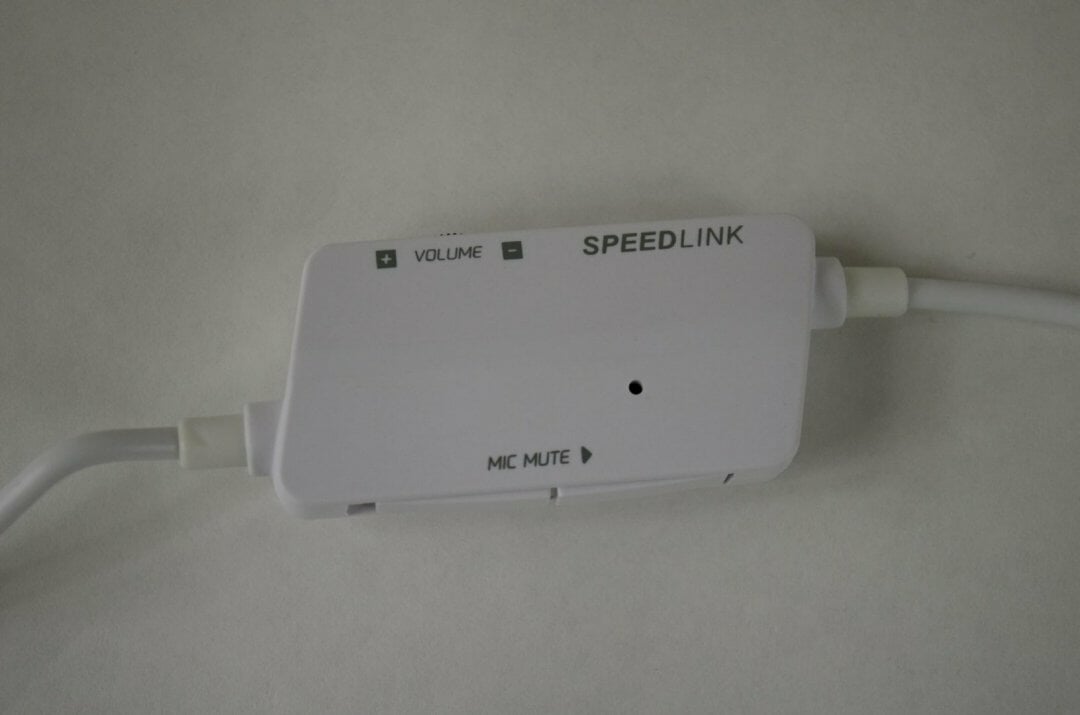 After a few weeks of using the Medusa Street XE headset, I was quite pleased in some areas and not so much in others. Let’s go ahead and get the negativeness out of the way quickly so we can go ahead and end on a good note.

The microphone is a bit of a let down in my opinion and I really suspected as much. More times than not, these inline mics are not great and are really just to add an extra level of convenience to the product. The sound that comes from the mic isn’t that great, even when holding it close to your mouth. It also seems to pick up a tad bit of background noise when in use. At the end of the day, it serves its purpose and does offer a way to chat with others, but I wouldn’t recommend it if this is something that is a must for you. If you are a PC Gamer, SpeedLink offers other various headsets with external/boom type mics which are much better, same goes if you are going to be using it on the phone a bit.

Mic aside, the headset does offer a decent sound for what it is. When on calls, I could hear the other person just fine, same as when I was listening to music. While they may not be the most bass-heavy headset out there, there is a bit of bass and the clarity of the mid and highs in decent enough. I listened to a range of music from the Radio to Hip-Hop and even a bit of the wife’s country music she loves so much. I also listened to it on different devices such as my PC and my Note 5. There wasn’t that big of a difference between devices, though I would have to say the PC sound was a tad bit better if I was forced to choose one. Overall, decent bass with clear mids/high even at some of the uppermost volumes.

One of the biggest things going for the Medusa Stree XE is the comfort they offer. They seem to have just the right amount of padding to allow them not to hurt you while wearing them, while also not being overly padded. I’ve had headphones before that have so much padding they end up feeling a bit weird to me if you know what I mean. Even after wearing them for a couple of hours at a time, they didn’t bother me, though I could tell they were there which is just fine with me.

I also quite liked the overall look of them and the subtle bits of branding were a big hit with me. As mentioned, I’m not one for in your face branding with company websites and all that, oh no! SPEEDLINK have done a great job at making sure you can tell these headphones are definitely theirs but have also made sure not to hurt your eyes with it at the same time, even if it is hard to see in some places. Well played SPEEDLINK!

Coming in just shy of £30 in the UK, the price isn’t to far fetched. While I would have liked to of seen a bit better microphone for this price range, I really wasn’t expecting too much from an inline mic on the volume control box. I would personally like to see the price just a few pounds cheaper, maybe a bit closer to the £20-£25 due to the above mic issue. On the other hand, they do offer decent sound for their price and they do come with a mic that does work if you’re just looking for something to use occasionally. 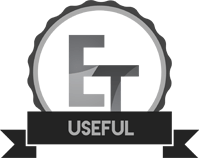 I would like to thank SpeedLink for sending in their Medusa Stree XE headset for review. 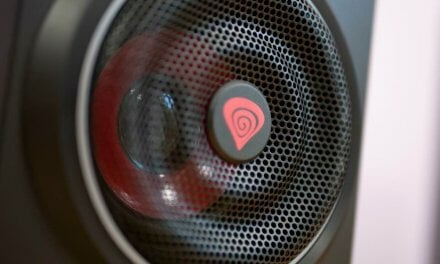 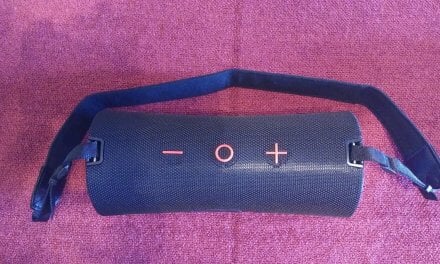 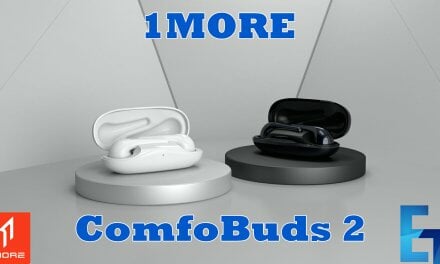 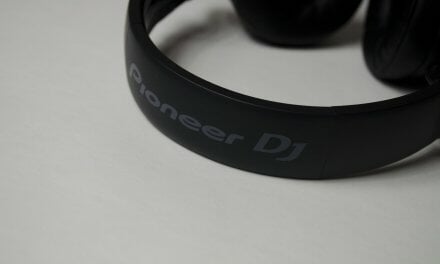