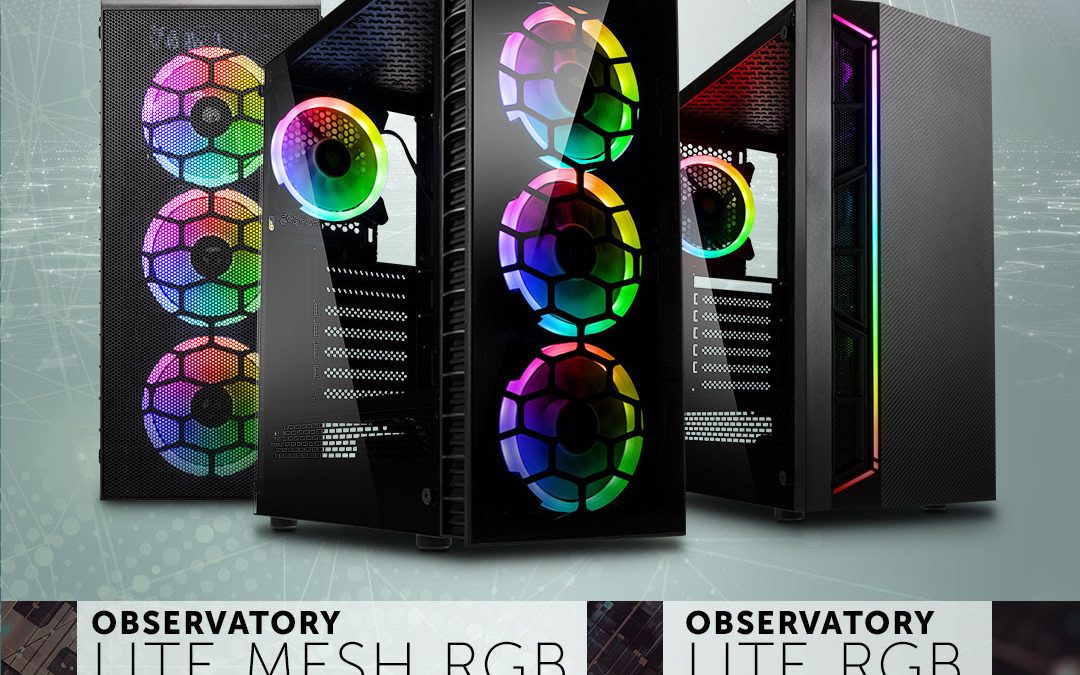 Now available to pre-order, we give you the Kolink Observatory Lite & Lite MESH RGB cases. These new variants are more cost-effective, Offering both glass or mesh front panels & 4 ARGB ring fans, which can be controlled via the supplied remote or via compatible motherboard software. Both models have tempered glass side panels, PSU shrouds, support for up to ATX motherboards, 335mm VGA cards, 280mm radiators on the front panel and more. 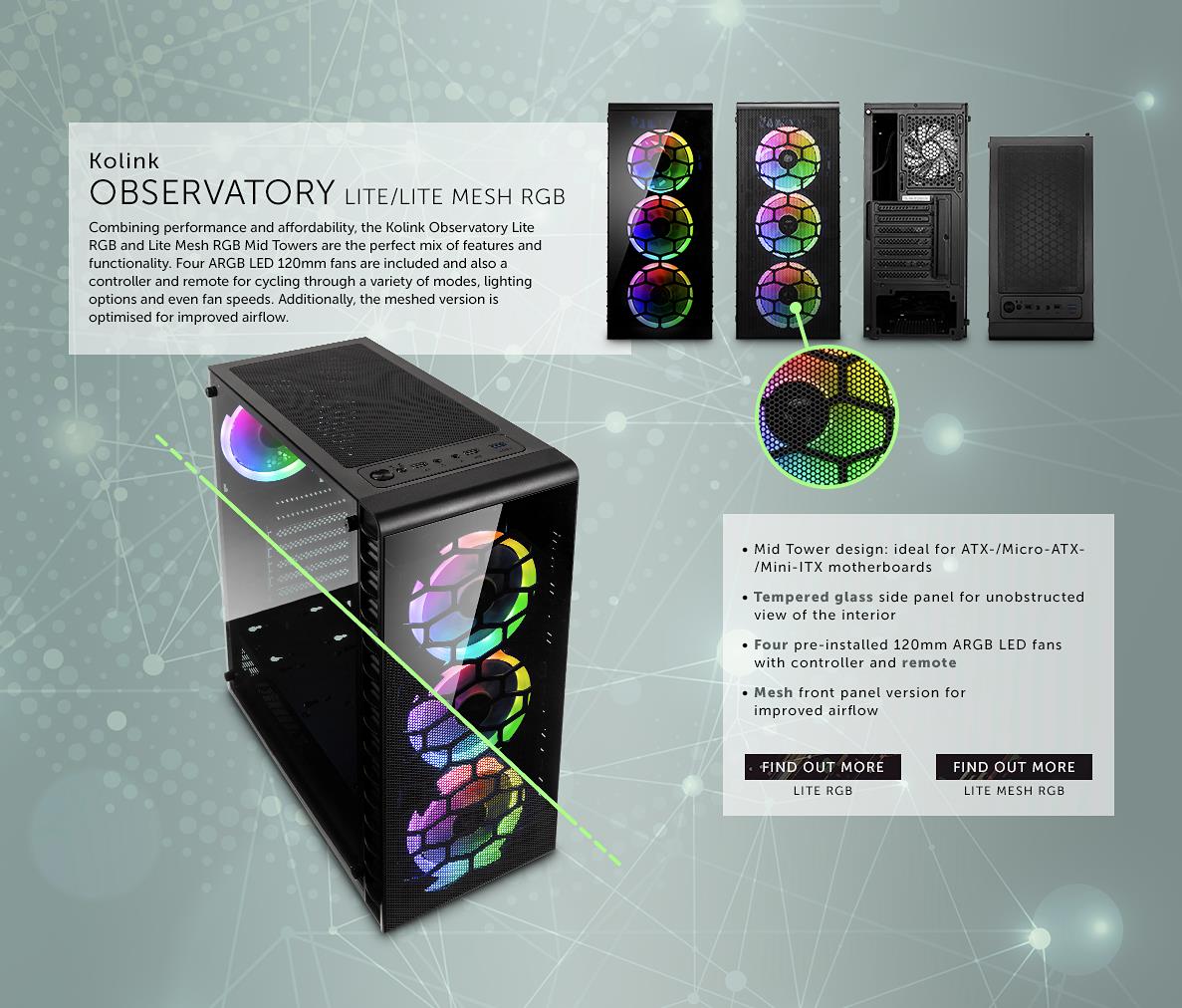 In Addition to the Observatory, we have a new K7 Inspire now with ARGB. The Inspire K7 is another addition to the popular Inspire series of cases, featuring an angled ARGB LED strip on the front panel, alongside a carbon fibre effect finish and mesh ventilation holes. There’s a rear 12cm ARGB LED fan included as standard, Like the Observatory Lite, there is space for ATX motherboards, 335mm VGA cards, 280mm radiators on the front panel & 160mm CPU coolers. Stock will be here any day now and for just a shade over £40, represents another solid addition to the Kolink range. 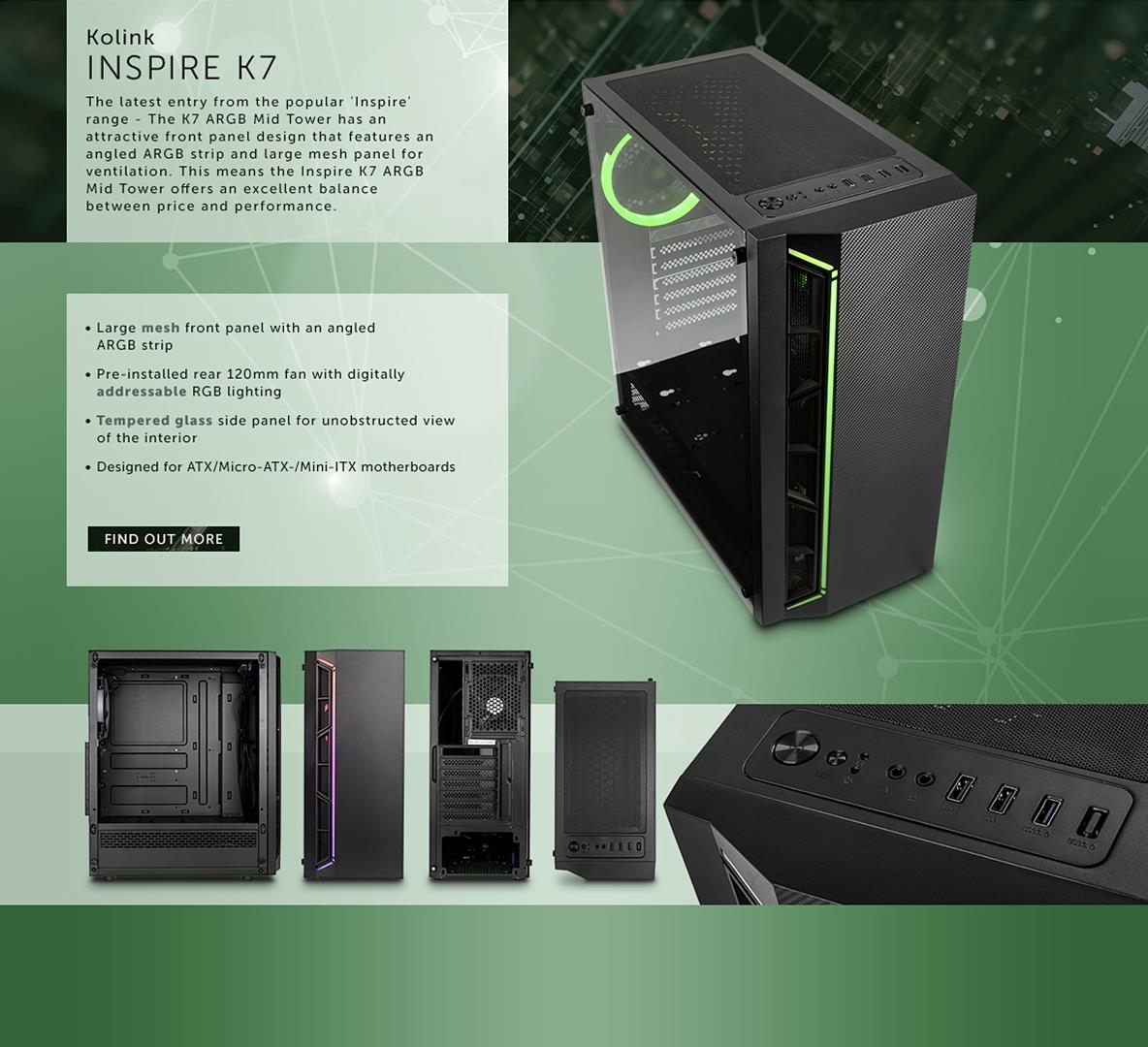