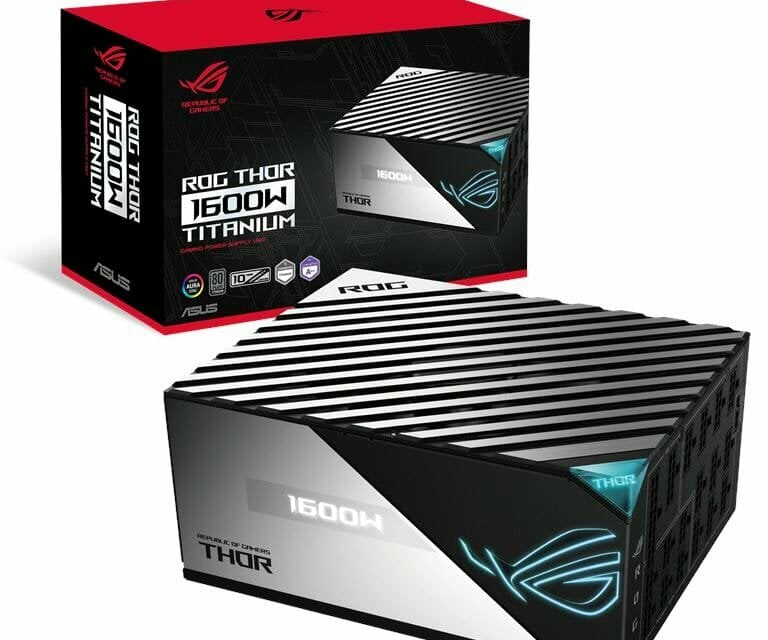 No PC component has a more fundamental role than the power supply (PSU). As the number of CPU cores and GPU shaders increase with every new generation of silicon, the highest-end systems can pull more power from the PSU than ever before — especially when their core components are overclocked. Inadequate powered or poorly built PSU’s have the potential can harm every connected component to it if it fails or more commonly through power surges, smart builders know that a high-quality PSU is an investment that protects their entire PC.

To help enthusiasts feed their systems with all the clean, stable and reliable, power modern components demand, the ROG Thor 1600W Titanium represents a new pinnacle for ROG PSU design. Alongside this new king of the hill, the ROG Thor Platinum II series incorporates several refinements to make our premium PSUs even better. 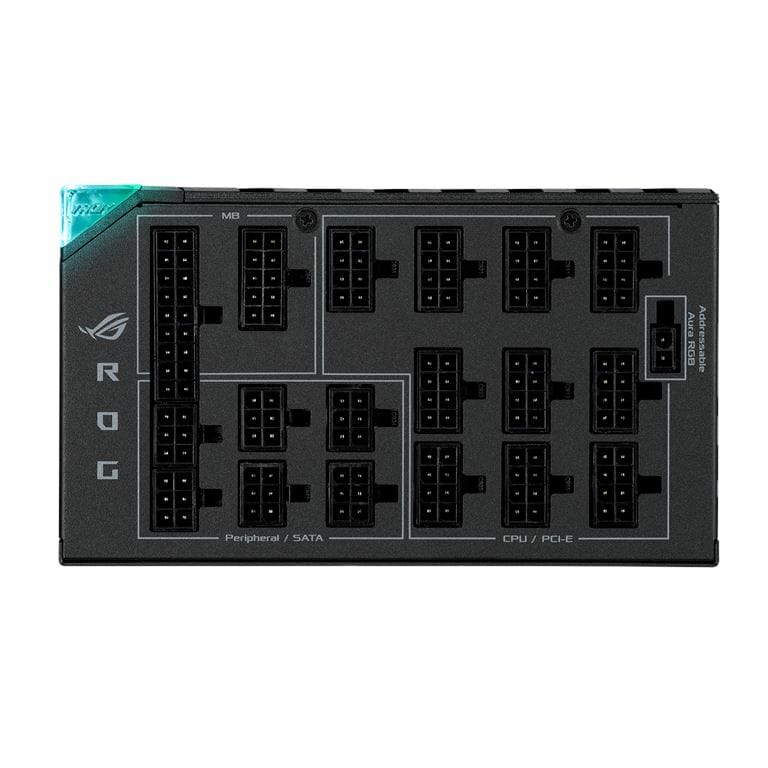 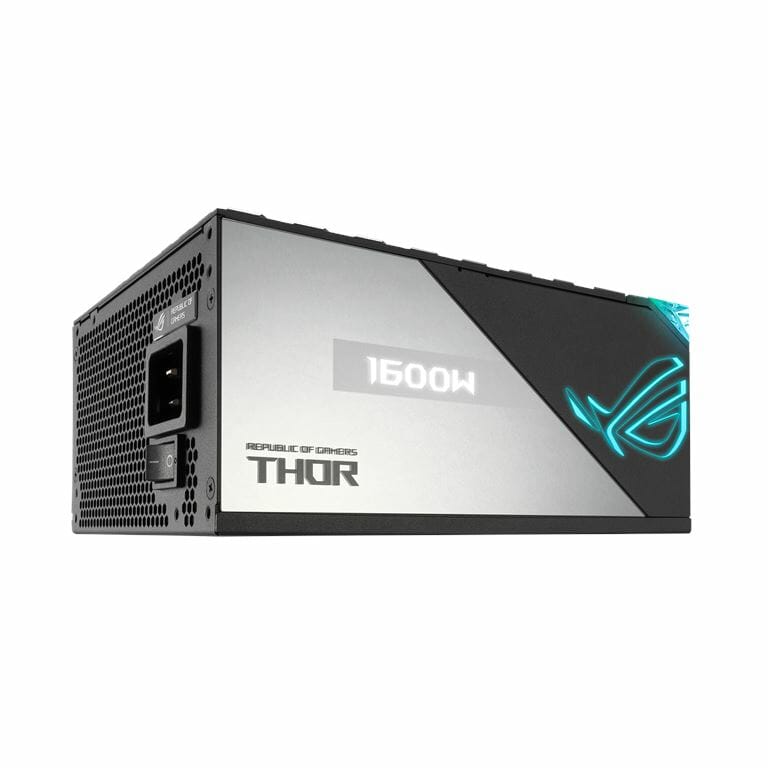 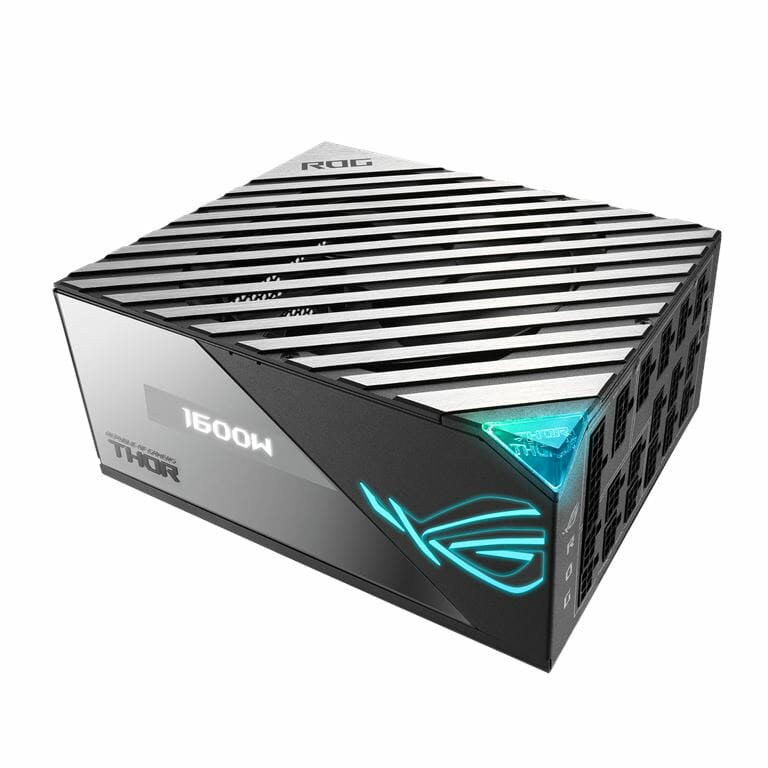 ROG made its name by creating PC components for builders that demand uncompromising performance from designs that inhabit the leading edge of technology. We built the new ROG Thor 1600W Titanium for those demanding enthusiasts. It’s our first power supply to satisfy the stringent 80 PLUS® Titanium certification, which requires greater than 90% efficiency from loads as low as 10% all the way up to full output. This lofty efficiency comes from a digital control design that allows for exceedingly-precise regulation across the wide range of loads a high-end gaming or workstation PC can impose. We also use advanced gallium-nitride, solid-state components in this PSU’s circuit design. This combination allows us to achieve an amazing 93.54% efficiency from this high-capacity PSU at the most demanding 100% load.

Heat is the nemesis of a power supply’s ability to deliver stable capacity over time, and it can ultimately limit a PSU’s lifespan through component degradation and failure. A highly efficient PSU generates less heat to begin with, so the ROG Thor 1600W Titanium enjoys an inherent advantage in this regard. We press this advantage with a comprehensive cooling design. Large ROG heatsinks are the foundation of this approach. They help chill the discrete ICs and components inside with more mass and surface area than average, extending the life of those heat-sensitive parts.

As load levels rise and components begin to heat up within the ROG Thor 1600W, 1200W, and 1000W models, cooling air flows from a new 135 mm fan that’s built using our latest axial-tech design, first seen on custom ROG Strix graphics cards. Highly swept blades, a compact fan hub and an outer barrier ring increase airflow at a given rotational speed, all without increasing noise levels. For an optimal balance of airflow and noise levels for its capacity, the ROG Thor 850W Platinum incorporates a fan that uses our classic wing-blade design.

This careful attention to cooling components allows all PSUs in the new ROG Thor family to achieve Lambda A++ certification — the most stringent noise performance standard outlined by independent testing firm Cybenetics. To meet this stringent standard, PSUs must produce less than 15 dBA during the Cybenetics testing process. By meeting this strict standard, the ROG Thor 1000W, 1200W, and 1600W secure an enviable position as the quietest PSUs of their type on the market.

Just like on our graphics cards, these fans can shut off entirely at low loads to minimize system noise levels at idle. PWM control lets the fans operate at a wider range of speeds for better response to temperature changes, and dual ball bearings enhance durability for longer fan life. Between their durable construction and comprehensive cooling designs, we warrant the core components of these PSUs for 10 years of worry-free operation. *

The ROG Thor series isn’t just poised to provide clean, reliable power in large quantities today. They prepare PCs for the future, too. The PCI Express® 5.0 standard includes a new high-capacity auxiliary connector that packs 12 conductors into a single cable. For assured compatibility with components that use this future connector, we’re including one in the box with each ROG Thor PSU to make life easier for system builders that can take advantage of these durable PSUs for the long haul.

The ROG Thor 1600W Titanium brims with signature ROG style that demands to be shown off. Our trademark OLED power display makes a return on the Thor 1600W Titanium, this time with a mirrored surround that’s even more arresting than the outer shell of the prior generation. This display enables the system’s power draw to be assessed at a glance, to gauge the PSU’s limit is being approached or even whether a program or component is drawing more power than expected when the system is at idle. Addressable Aura RGB LED lighting shining through our iconic logo leaves no doubt as to the ROG heritage, and Aura Sync can be used to seamlessly integrate this lighting into the rest of a system’s color or animation scheme.

Befitting our philosophy of total system control, the ROG Thor 1600W Titanium uses fully-modular cabling with a discrete wiring design on its primary cables. This approach allows the builder to use only the cables needed for better airflow and a cleaner look inside the case, and the discrete wiring design fits right in with the individually-sleeved cabling that’s a common expression of custom system builders’ creative visions. 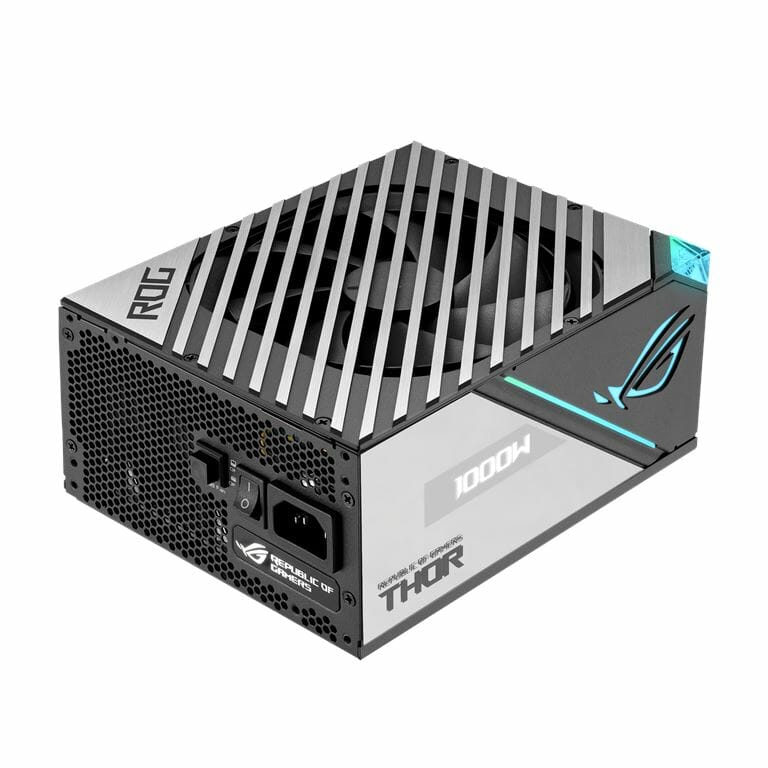 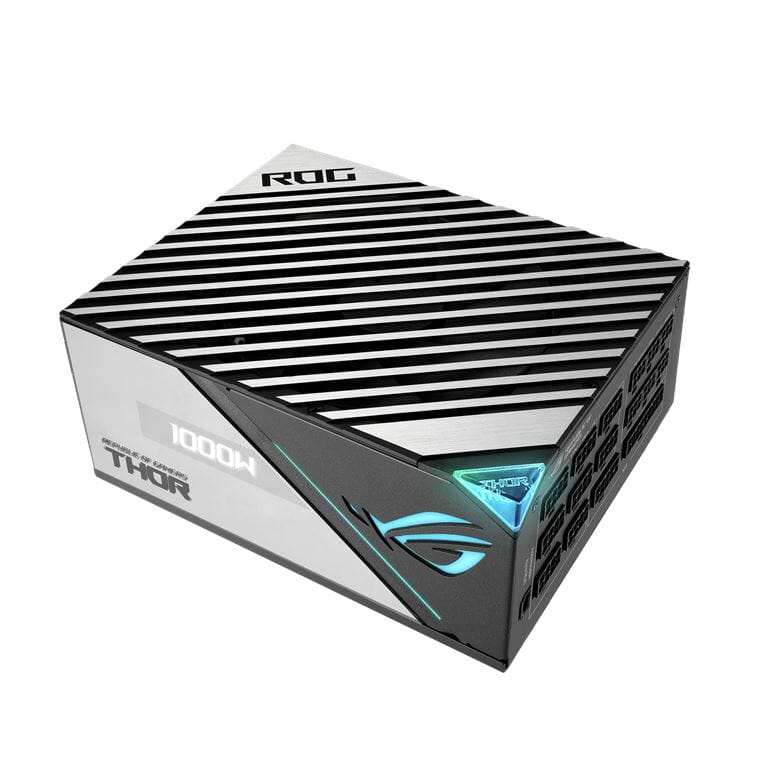 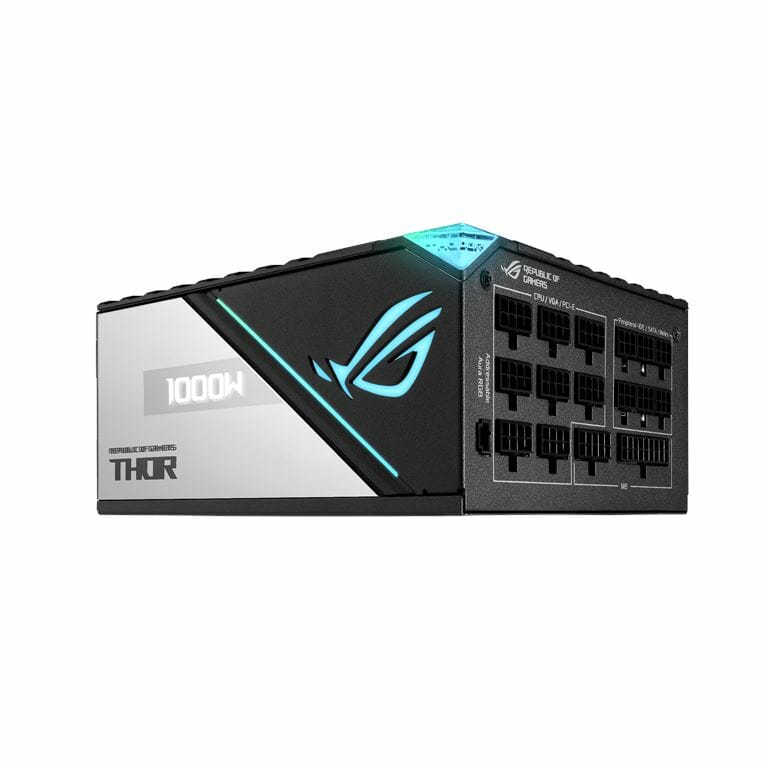 The new ROG Thor Platinum II series of PSUs inherits several of the refinements from our 1600W range-topper. Across 850W, 1000W and 1200W capacities, these efficient 80 PLUS Platinum power supplies take advantage of a new 135mm fan with PWM control and dual ball bearings. Their new outer shells incorporate a fresh mirrored surround for the OLED power display, and Aura RGB LED lighting contributes a bold splash of color that can be coordinated with the rest of a build’s lighting scheme using Aura Sync. These refinements improve an already impressive range of power supplies for builders looking to match power capacity to a wider range of builds. We stand behind these units with a generous 10-year1 warranty on their core components, as well.

ASUS ROG Thor Titanium and Platinum II PSUs will be available worldwide from the following dates: 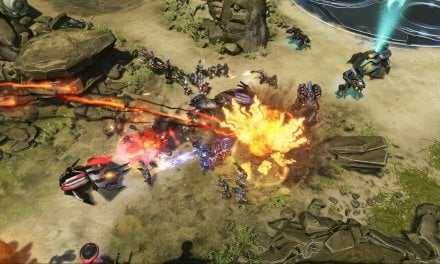 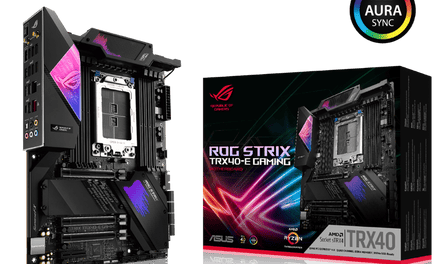 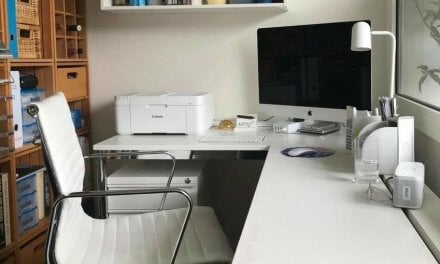 How to Save Money on Toner Cartridges in 2022