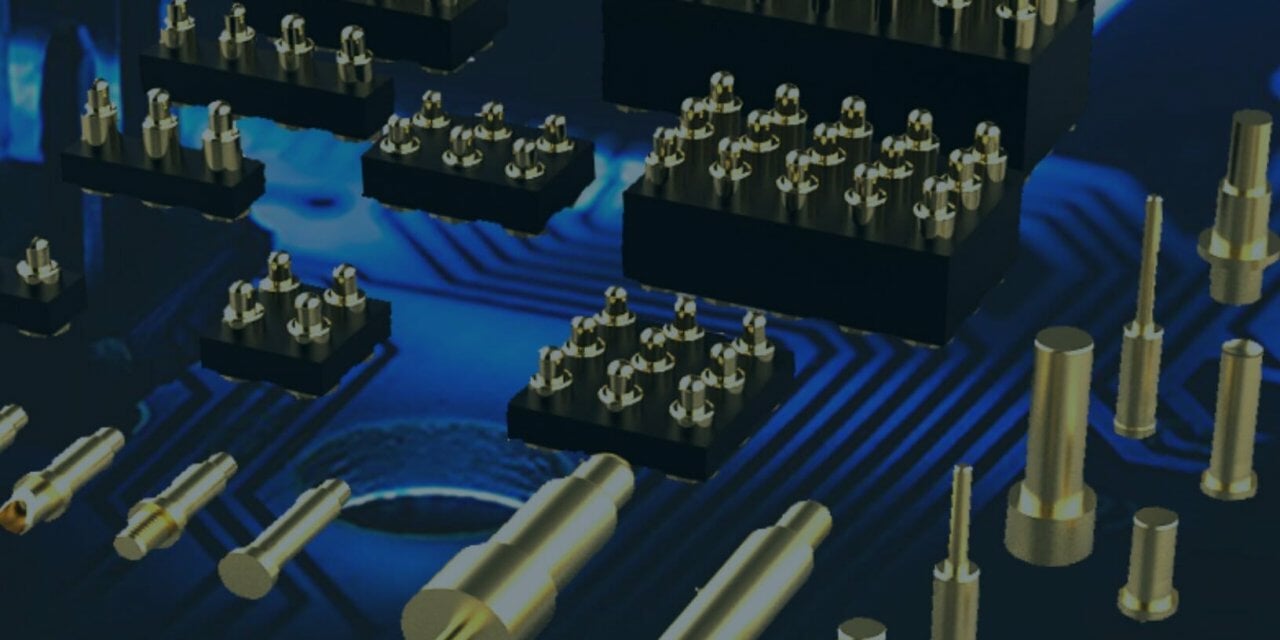 As an enduring large market, the connector industry is constantly changing with the changes in product trends and technological innovations in the downstream market. Looking back at the development of the connector industry, the ever-changing technology waves and endless innovative applications can always bring new vitality to the connector industry and awaken its vitality. With the rise and explosion of wearable devices in recent years, the Pogo pin connector, a niche product, has once again performed this process.

1: We believe that the core logic of Pogo pin, a small connection device, can make great achievements mainly lies in the following three points:

The rise of mobile innovative applications and products has greatly enriched the use scenarios of Pogo pin electrical connection, which in turn drives the continuous and rapid expansion of the market; Pogo pin can be said to originate from consumer electronics, and it is also popular in consumer electronics, which fully interprets consumer electronics products. The impact of innovation on the demand of the connector industry;

The new round of growth of Pogo pin gives the initial industry leaders a window of opportunity to build industrial barriers and build a large customer platform. It is expected to replicate the growth path of the existing leading connector companies “based on their own capabilities + large customer platform = continuous expansion of product boundaries”. Its future The room for growth is expected to be further enlarged.

2: From consumption to wearable

The Pogo pin connector originated from consumer electronics, its market demand was silent for a time, but with the rise of mobile innovative applications and wearable devices, its original application scenarios based on electrical connection as the main selling point have been continuously enriched, and the market size of Pogo pin has also increased. The driver continues to expand rapidly here.

A pogo pin, that is, a spring probe or pogo pin is a connector that was introduced in Japan in the 1990s and is mostly used in the field of consumer electronics. It mainly plays the role of electrical connection and is used to conduct current and transmit signals. In fact, the early application scenarios of Pogo Pins are relatively limited, such as portable electronic devices such as feature phones and notebooks. The global market space is only about 1 billion yuan, which is regarded as a “niche” connector product.

However, the launch of emerging consumer electronic products such as TWS earphones, shared power banks, smart watches, and electronic cigarettes has spawned more electrical connection application scenarios. It happens that the Pogo pin has the characteristics of small size, high current, stable transmission, waterproof, easy to use, not easy to fall off, and beautiful appearance, which can meet the needs of the above electrical connection scenarios. As a result, the market space of Pogo pin can continue to expand. According to relevant data calculations, only in terms of the three markets with clear growth logic, definite application trends, and full consensus, TWS earphones, smart watches, and shared power banks, the market increment will be close to 3 billion yuan.

It is also because of the gradual increase in the application scenarios of Pogo pin and the increasing number of uses, end customers pay more and more attention to its quality and performance, and define it as a key structural component. The reason is that for electronic products, charging is the most basic functional requirement – it is not uncommon for products to be repaired or complained about due to poor contact, inability to charge, etc. After attribution analysis, it is found that most of them are caused by the poor quality of Pogo pins. Caused by good.

When it comes to the quality and performance of Pogo pins, it mainly depends on the machining capability and surface treatment level of the manufacturer. A pogo pin is a very precise structural part formed by riveting and preloading of three parts: needle plunger, needle tube, and spring. To measure its performance, processing accuracy and environmental performance are mainly considered. Among them, the accuracy of turning to process is often required to be above the μ level. The reason for ensuring high accuracy is that this will affect the electrical properties of the product such as contact resistance, insulation resistance, etc. The key to ensuring product accuracy lies in product design and machining capabilities; while surface treatment refers to the level of electroplating. In addition to the mechanical and electrical properties of the connector, the environmental performance is also very important, that is, the product’s resistance to salt spray, sweat, temperature, and humidity. Especially with the launch of skin-friendly products such as TWS earphones and wearables, and products with harsh use environments such as shared power banks, end customers have higher and higher requirements for the electroplating level of Pogo pins. Moreover, the electroplating process is not only the core of performance but also the key to cost, and some plating seeds and coatings can account for more than 30% of the production cost.

As mentioned above, with the large-scale application of Pogo pins in electronic products such as TWS earphones and shared power banks, the convenience, aesthetics, waterproofness, and small size of Pogo pins have been further recognized and recognized by the public. , so that it has continuous application opportunities in consumer products, such as VR, AR, hearing aids, mobile robots, and more mobile electronic devices. According to industry research, Sony, Facebook, and other VR and AR products have begun to use Pogo pins for electrical connection. On the one hand, it can ensure basic charging needs (such as magnetic charging), and on the other hand, it can be used to transmit high-speed data.

In addition, Pogo pins can transmit high-frequency and high-speed signals while transmitting current, which enables the application of Pogo pins to be extended to the field of 5G communication. At present, it has become a fact that Pogo pins can be used for a new demand created by 5G base stations – high-frequency RF board-to-board connectors. Briefly, the base station antenna in the 5G era has evolved from passive to active, and the RRU and the antenna are merged into an AAU that supports large-scale antennas. This requires a higher degree of integration, and traditional feeders will not be able to meet the connection requirements, thus giving rise to the demand for board-to-board connectors between PCBs.

6: Expansion of the application field of pogo pin

The Pogo pin can play the role of a central conductor and is used to transmit high-frequency RF signals. Generally speaking, the transmission of radio frequency signals needs to satisfy three components, namely the central conductor, the insulating medium, and the outer conductor. Among them, the Pogo pin can be used as the central conductor, using dry air, PTFE, and other insulating materials as the medium, and used in conjunction with the filter cavity (as an outer conductor) to transmit radio frequency signals. In fact, the essence of this construction is to form a coaxial cable structure. It should be pointed out that the technical threshold of the RF Pogo pin connector is higher than the use in the field of electrical connection such as charging. The signal can be transmitted stably under the requirements of a small wave ratio and small tolerance. It can be seen that the difficulty of the RF Pogo pin mainly lies in the structural design and signal integrity simulation and modeling under the performance requirements such as characteristic impedance to continuously optimize crosstalk, loss, and other issues.

In the field of communications, RF Pogo pins are not only used in 5G base stations, but also in WIFI-6 routers, automotive electronics, and other scenarios; Pogo pins are not only used in RF connections, and may even be used in backplane connectors in the future. A new field to solve the monopoly problem of TE, Amphenol, Molex, and other foreign manufacturers in the interface and other patents faced by backplane connectors at this stage.

We have reviewed the growth process of leading domestic consumer electronics manufacturers. The greater significance brought by Pogo pin now is to give leading companies in the industry a rare opportunity window to build industrial barriers and build large customer platforms and provide them with “based on their own capabilities + Large customer platform = continuous expansion of product boundaries “the growth path to break through the ceiling of a single product.

Consumer electronics products are iterating rapidly, and it is necessary to build sustainable competitiveness through major customer platforms. The advantage of entering the major customer platform is that it can keep up with customers’ product iteration and innovation needs, continuously improve its own capabilities, continue to expand and extend product lines, and then break through the ceiling of growth. The development history of Luxshare and Goertek has verified this path from the side. Among them, Luxshare Precision started its connector business, guided by the needs of major customers (as shown in the figure below, Apple is one of its major customer platforms that benefited the most), based on precision interconnect technology, through endogenous or epitaxial Ways, extending from connectors to wireless charging, acoustics, antennas, motors, etc., continue to expand product categories, and achieve vertical integration of parts to assembly; Goertek is also the same, from micro speakers, microphones, speakers and other electro-acoustic The device started, and gradually expanded to microelectronics such as MEMS microphones and pressure sensors, optical modules, etc. so that it has become a finished product solution provider with strong component capabilities.

In fact, the greater significance of this round of industry growth of Pogo pin is to give leading companies in the industry the opportunity to build large customer platforms, so that they can replicate the “self-capacity + large customer platform =” like Luxshare Precision and Goertek. The growth path of “continuously expanding product boundaries” becomes possible. We believe that with the help of industry dividends, the future growth path of Pogo pin connector leading companies will come from the two directions of “vertical integration + horizontal expansion”. Specifically: in terms of vertical integration, the single device of Pogo pin is used as a niche business, extending to precision components to achieve vertical integration. For example, for TWS earphones, customer resources can be reused, from the supply of pogo pin components to the component production of pogo pins, plastic parts, cables, antennas, etc.; in terms of horizontal expansion, by building strong precision manufacturing capabilities and automation in the process of componentization Equipment capabilities, and then closely follow the iterative needs of customers to seek the possibility of horizontal new category expansion. Returning to the basics, the core competitiveness of consumer electronics is cost advantage, and the level of cost control depends largely on manufacturing capabilities and automation levels.

Kinguin Is Looking To Help The Cosplay Community 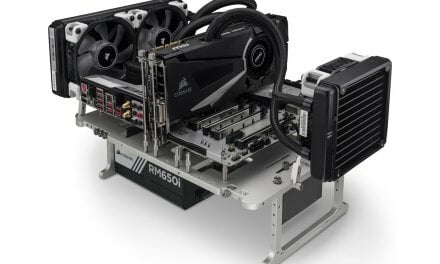 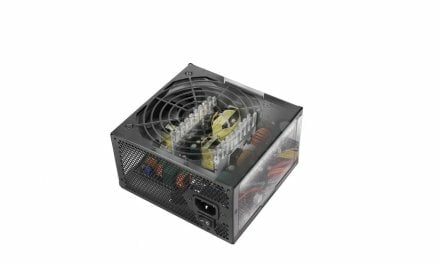