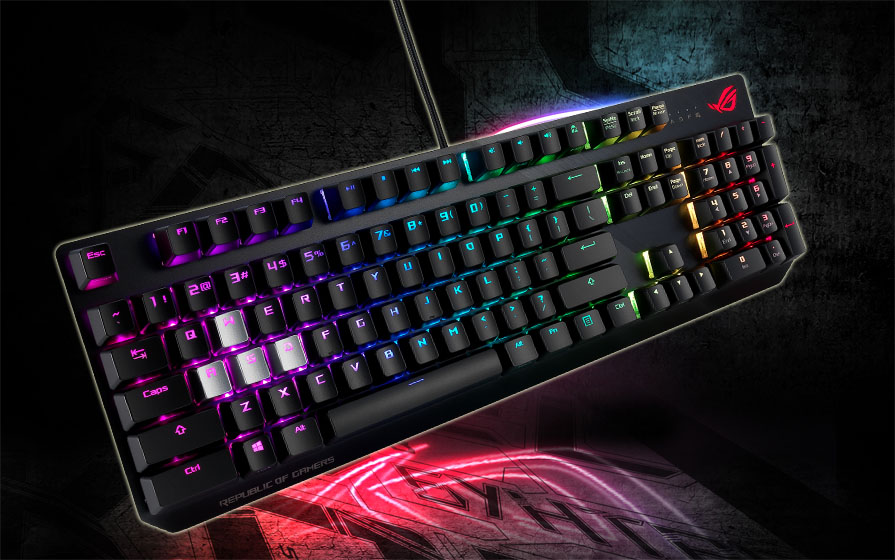 The Control (Ctrl) key is crucial to success in modern first-person-shooter games. With this in mind the

ROG R&D team carefully examined the play style of FPS gamers, applying their findings to create a Ctrl key that’s more than 2X wider than traditional Ctrl keys as well as a shortened left Windows key that’s designed to be less of a target.

For gamers wanting to switch things up a bit, the all-black look of Strix Scope can be punctuated by four silver-coloured caps for the vital WASD key group. Included with Strix Scope, these alternative caps create a striking contrast to the rest of the keys – a standout look that benefits both form and function. A special keycap-puller tool is also bundled for easy removal and customisation of the most-used keys.

Strix Scope’s F12 key has its own unique secondary function, doubling as Stealth. This is a one-touch shortcut that hides all running apps and mute all audio for instant privacy or peace.

All keycaps are designed to take full advantage of the ASUS Aura RGB backlighting that’s built in to Strix Scope, with secondary legends that are carefully placed to also be easily visible. The F5-F12 keys even have front-side illumination, so both media controls and F-key legends are clearly lit. The Quick Toggle Switch allows gamers to flip quickly between these two control modes.

The outstanding design and innovation that went into the creation of Strix Scope has already been recognised and awarded, with the product winning the prestigious 2019 iF Product Design Award in the Computer Accessory category. The iF Product Design Awards spans multiple disciplines and attracts many thousands of entries from dozens of nations every year – so Strix Scope fought off strong international competition to secure its victory. 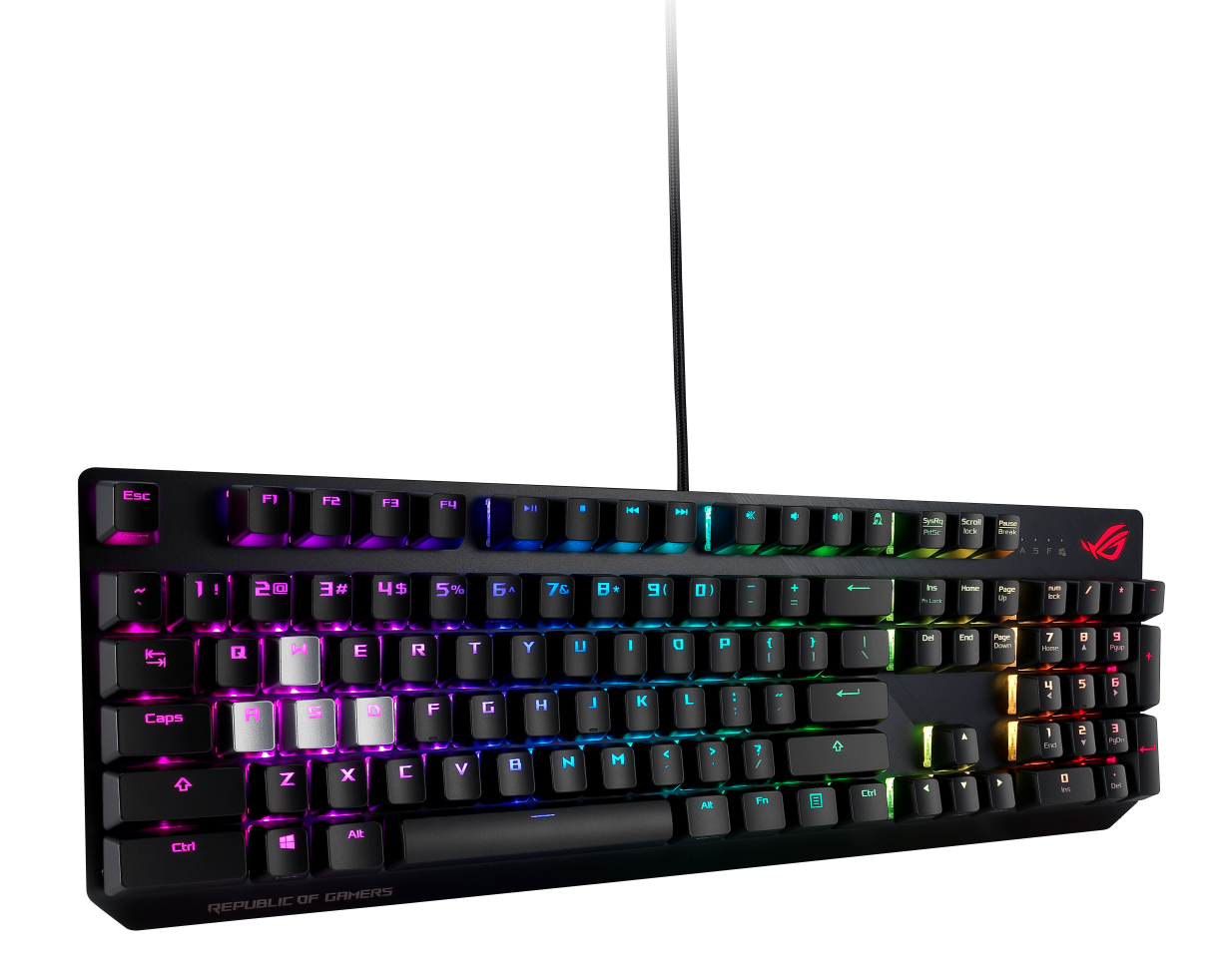 Strix Scope is constructed with Cherry MX RGB switches to deliver the precise mechanical feel preferred by gamers and enthusiasts alike. These premium-quality switches are manufactured in Germany and are renowned for delivering optimal actuation and responsiveness with every keystroke. The keyboard is fully compatible with Cherry MX Red, Brown, Blue, Black, Silent Red and Speed Silver switches[1], offering gamers the freedom to configure Strix Scope to play exactly the way they like – from smooth, quiet, linear actuation to tactile clicks.

“Gamers have come to love the feel, optimal actuation and responsiveness of mechanical keystrokes”, said Michael Schmid, Head of MX Technology Marketing at Cherry GmbH. “Cherry MX switches are the obvious trusted choice to use in the new high-end ROG Strix Scope keyboard, with a choice of six different switch types. ROG has always gamers in mind and develops products accordingly. For Strix Scope, innovative features like the enlarged Xccurate Design Ctrl key were made with FPS players in mind. This is the kind of attention to detail that Cherry loves – and why we’re excited to celebrate the arrival of Strix Scope.”

Aura RGB illumination on every key for infinite lighting possibilities

No modern gaming keyboard is complete without eye-catching lighting, so Strix Scope features per-key ASUS Aura RGB LEDs, plus an illuminated ROG logo. Compatibility with the Aura Sync ecosystem makes it easy for gamers to harmonise Strix Scope’s light shows with other Aura Sync-enabled components, both from ASUS and partner manufacturers.

The keyboard also has a built-in memory to store up to six custom illumination profiles, which can be configured to correspond to different applications – providing custom layouts and lighting effects that are tailored for a particular game or activity.

The evolution of ROG Strix Scope

Avid ROG followers may have noted that Strix Scope was previously revealed as Strix CTRL during CES® 2019. This product-development codename was subsequently changed and finalised as Strix Scope to clearly express a key battlefield benefit of the extended Xccurate Design Ctrl key.