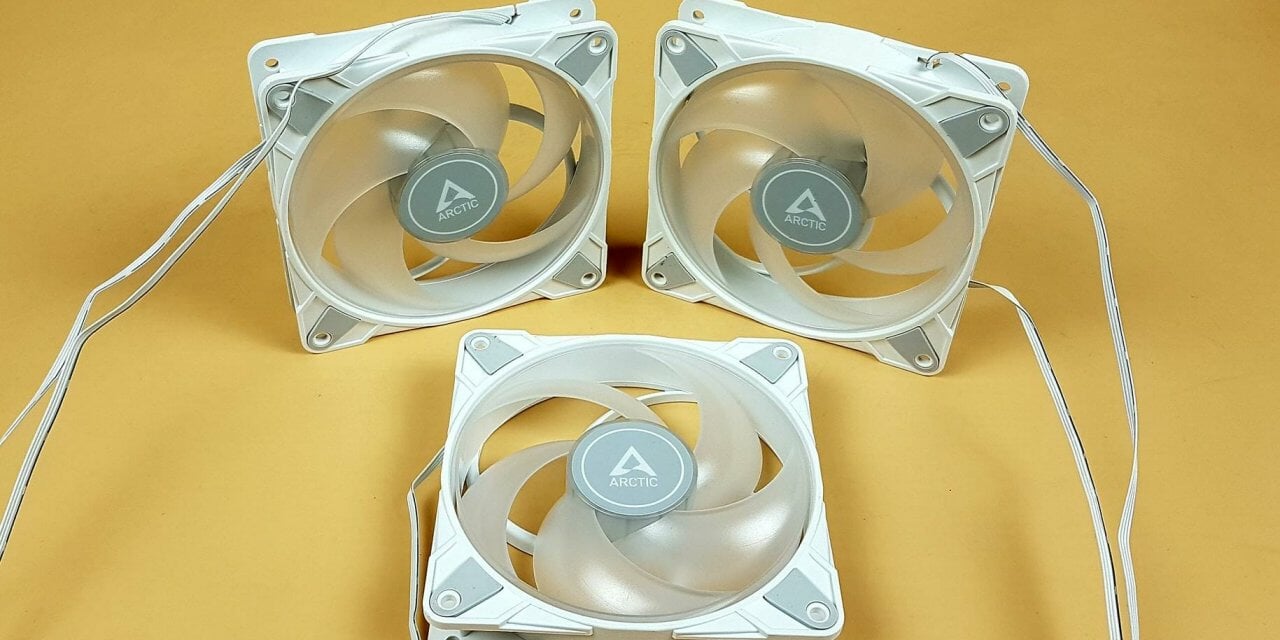 ARCTIC has released the white edition of the famous P12 PST PWM series fan with stunning A-RGB lighting. We have tested multiple fans from ARCTIC and have found them to be a compelling offer in the market. This time around, we are taking a look at P12 PWM PST A-RGB 0dB White fans (Value pack of 3). These are 120mm fans with 5V based A-RGB lighting but all this is in the white color. Could not have asked for more! These are designed for use as PC Case fans having a static pressure of 1.85mmH₂O and airflow rating of 48.8 CFM. Their most salient feature is the low noise operation which is highlighted by 0dB in the model of the fan. 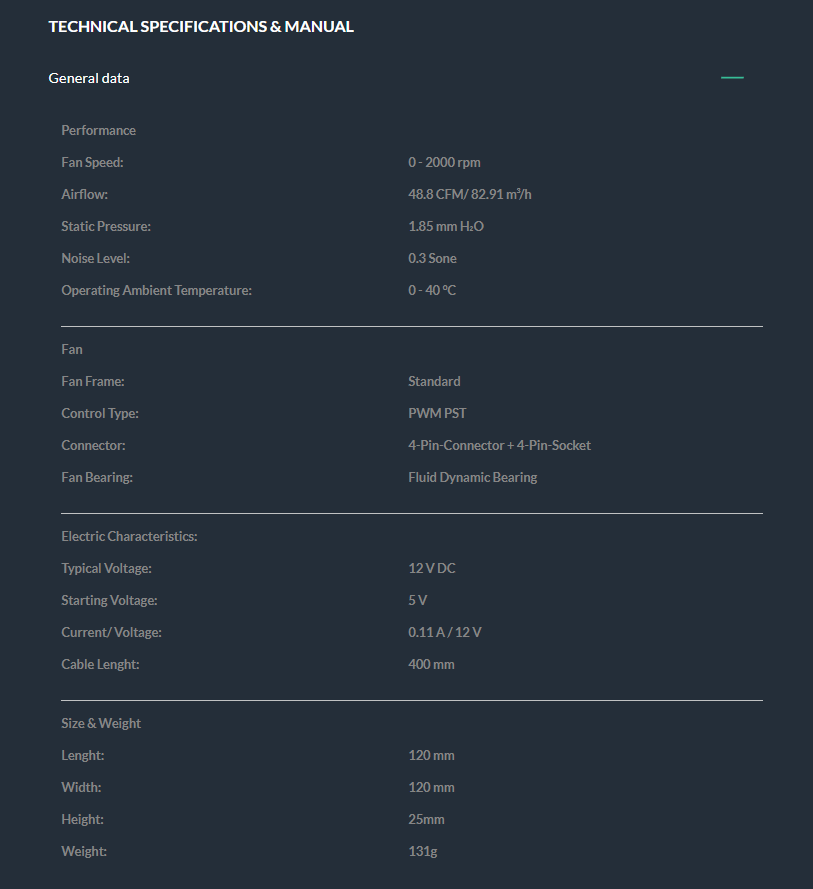 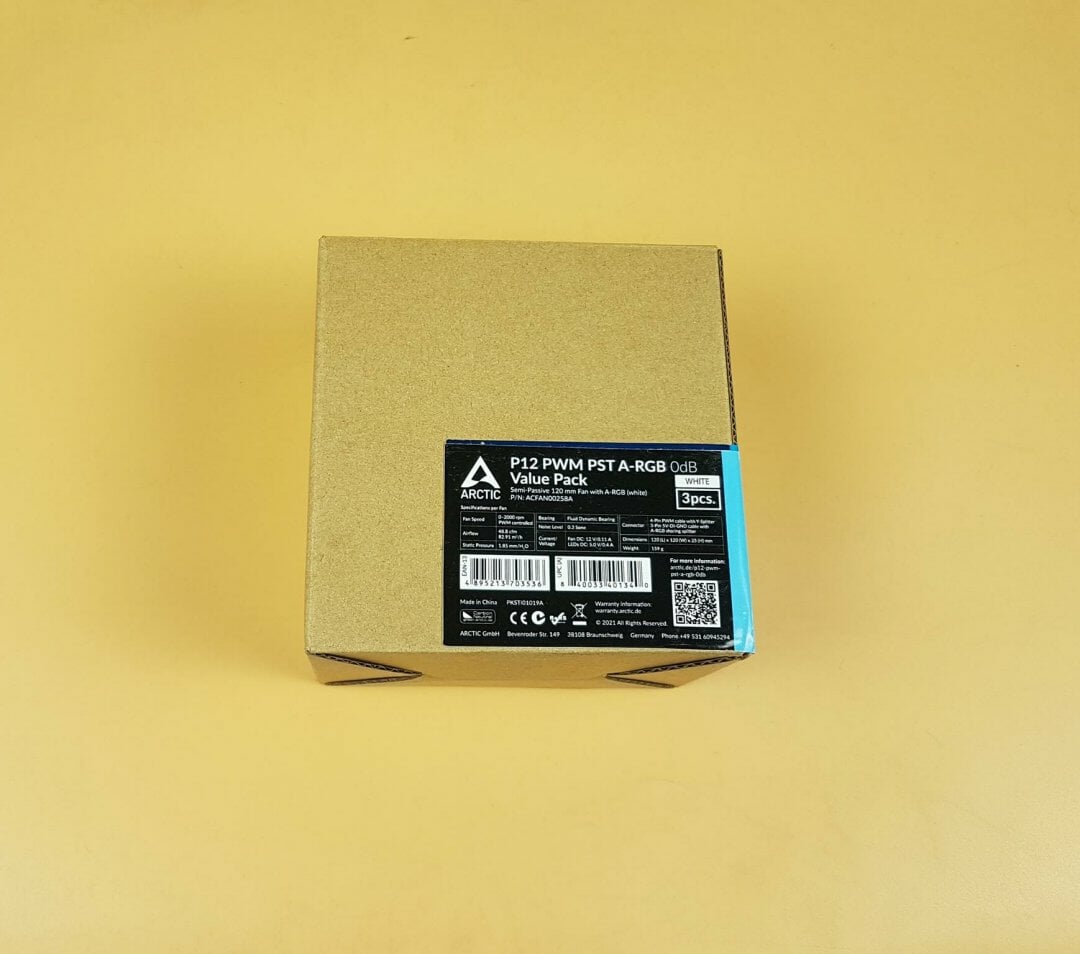 We have received the value pack of 3 fans. They are shipped in a simple cardboard box with minimal packaging. 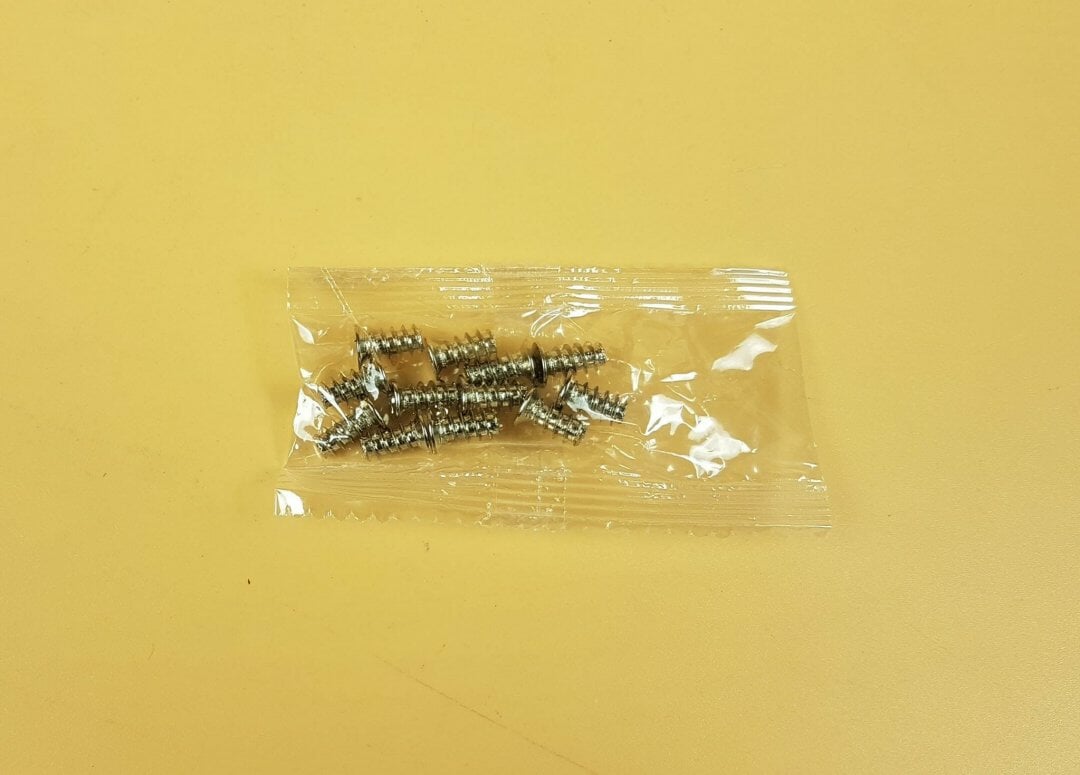 ARCTIC has provided 12x self-tapping screws in the box. The other items provided in the box are the fans themselves. That is all we have in the value pack. 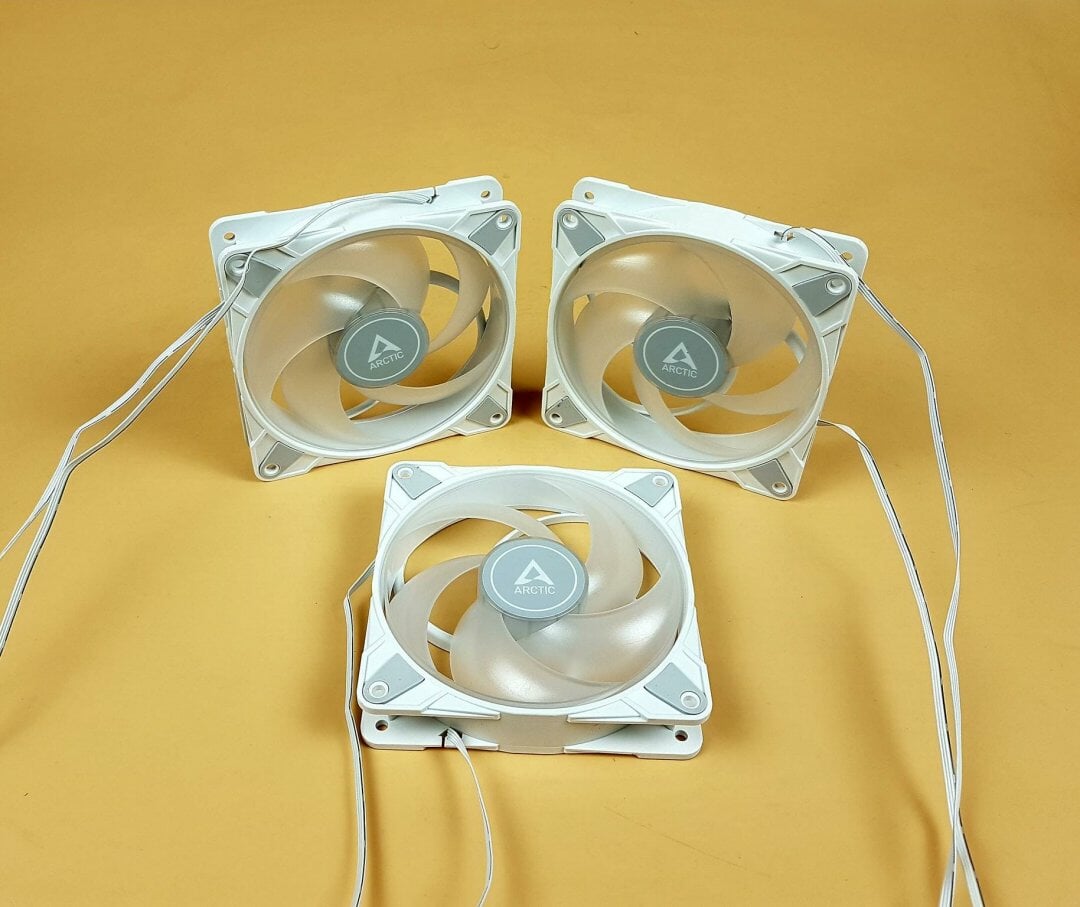 One thing that ARCTIC is doing well is maintaining the core design element of their P series fans. We still have 5 blades in the same design as the original P12 fans have though the layout is different due to digital lighting implementation. The fans are rated for up to 2000 RPM speed with the ability to come at a standstill hence the term 0dB in the model name. Please note that this capability will only work if the motherboard supports the fan stop function. These fans feature a wide range of RPM and using the PST (PWM Sharing Technology) one can achieve the same speed across all the fans. 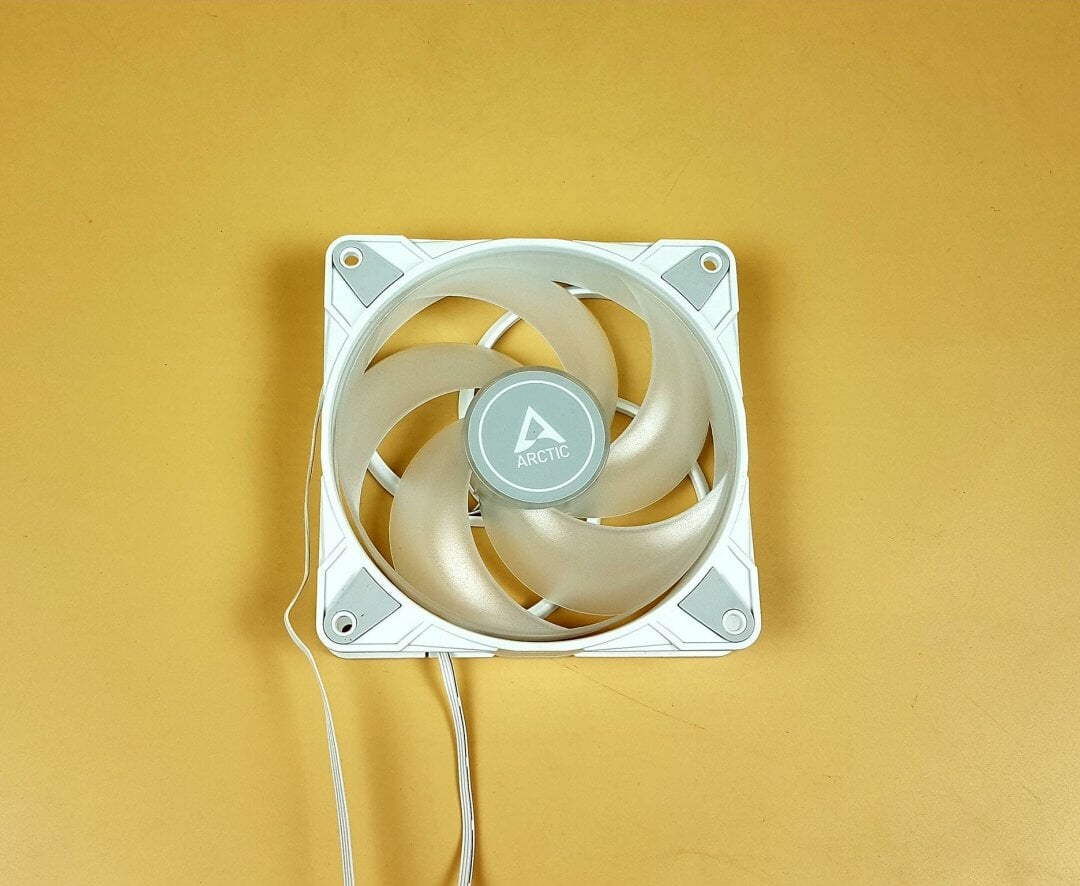 We have a standard white color frame of the fan. The blades are translucent and their tips are connected to the translucent ring running across the diameter of the outer frame. The center has ARCTIC branding on it. The P12 PWM PST RGB 0dB has 12 digital RGB LEDs in the center housing. These can be controlled uniformly and are compatible with the common A-RGB (5V) standards of leading motherboard manufacturers. Keep in mind that ARCTIC is not providing any external controller with these fans in the value pack but they have provided a standard 3-pin interface to that end. One cool design element is the gray color anti-vibration pads and gray color cover on the hub. This goes hand in hand with the overall white layout. Each mounting corner of the fan has a gray color cut-to-size anti-vibration pad pasted. 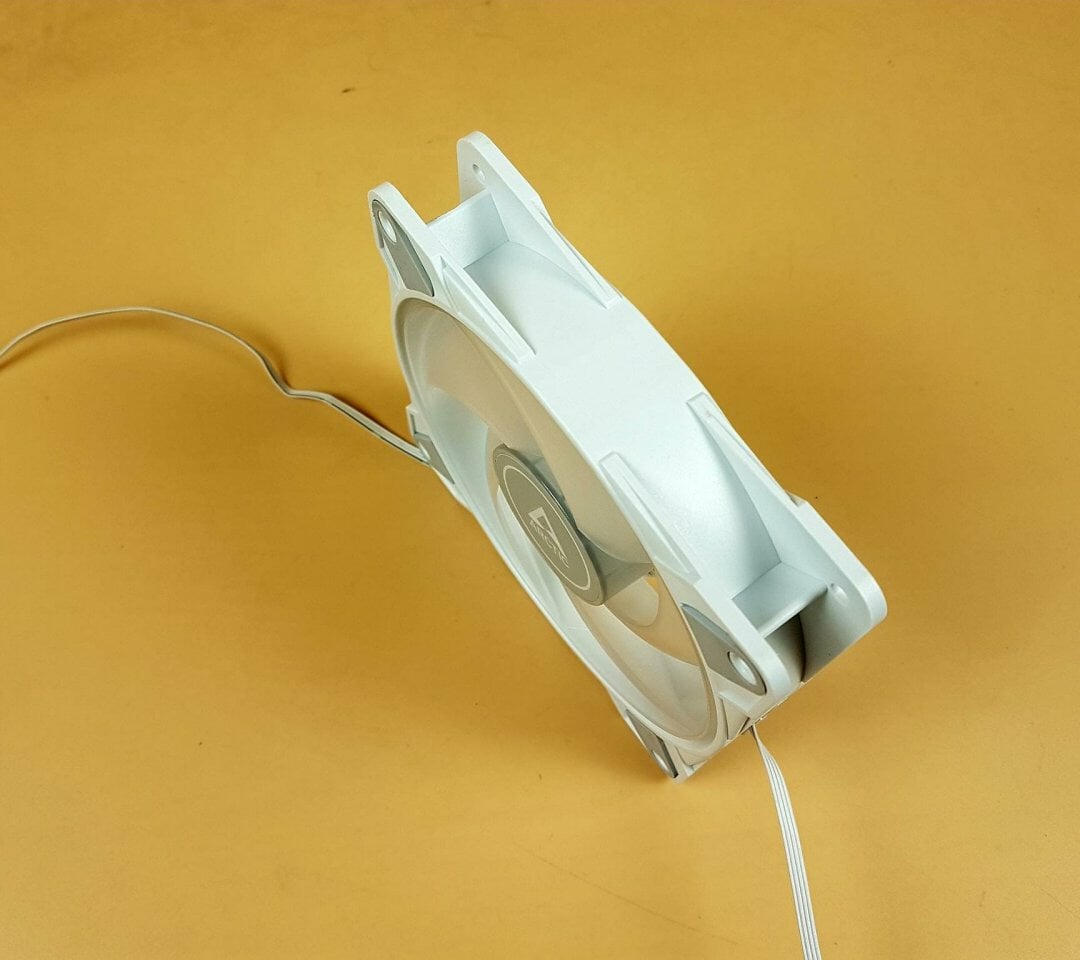 There are no arrow symbols on the side frame. These arrow symbols provide a visual aid to novice users in identifying the directions before the installation. 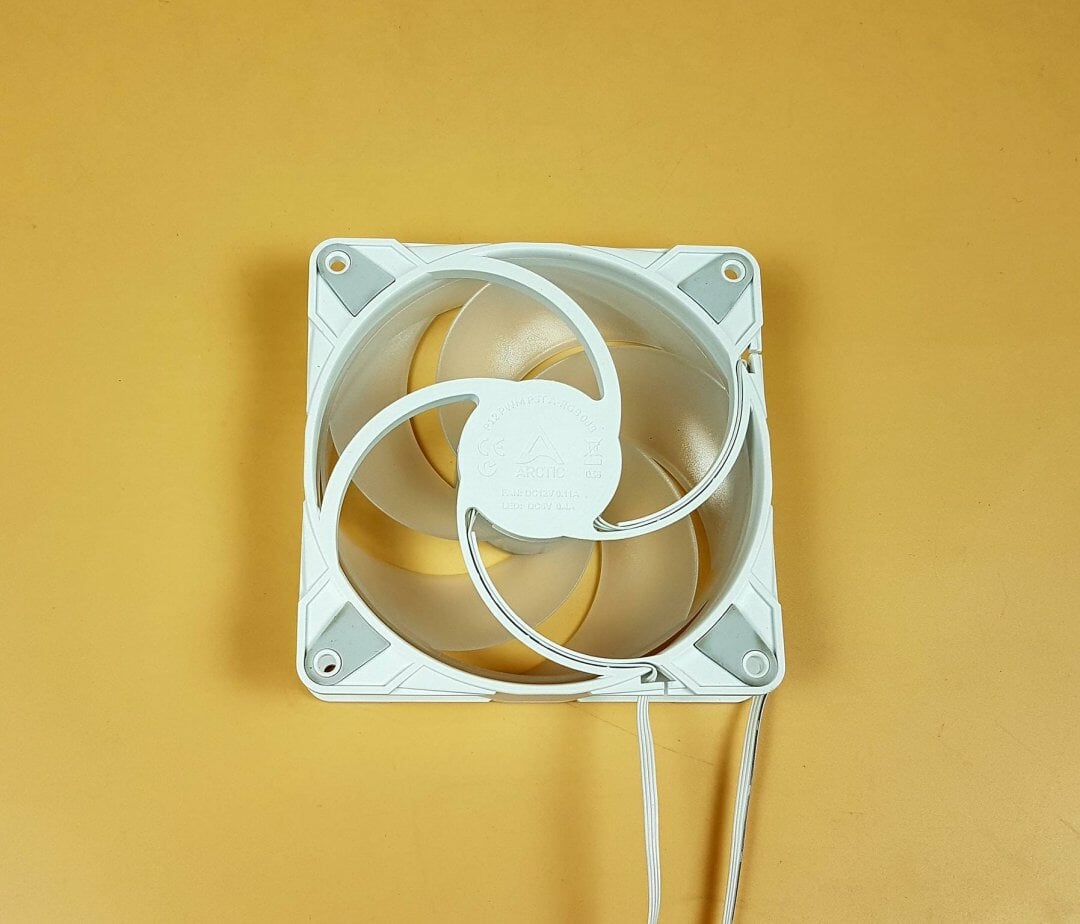 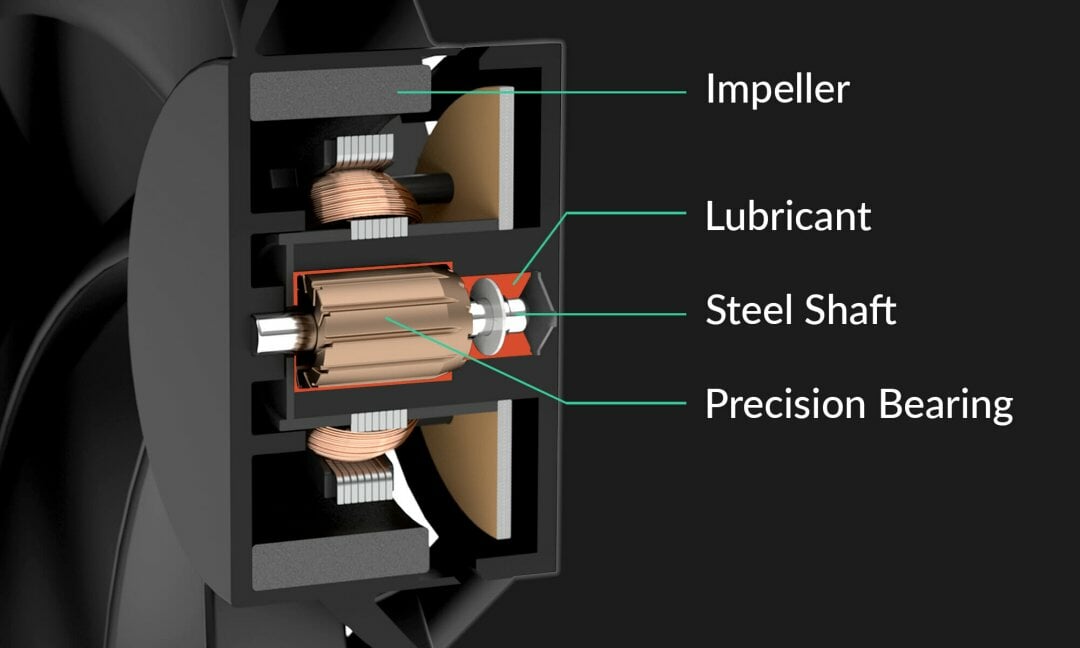 These fans are using Fluid Dynamic Bearings. ARCTIC has mentioned that they have used a combination of alloy/lubricant developed in Germany to reduce the friction within the bearing. This in turn would generate less heat and improves efficiency. This will increase the service life of the fans. 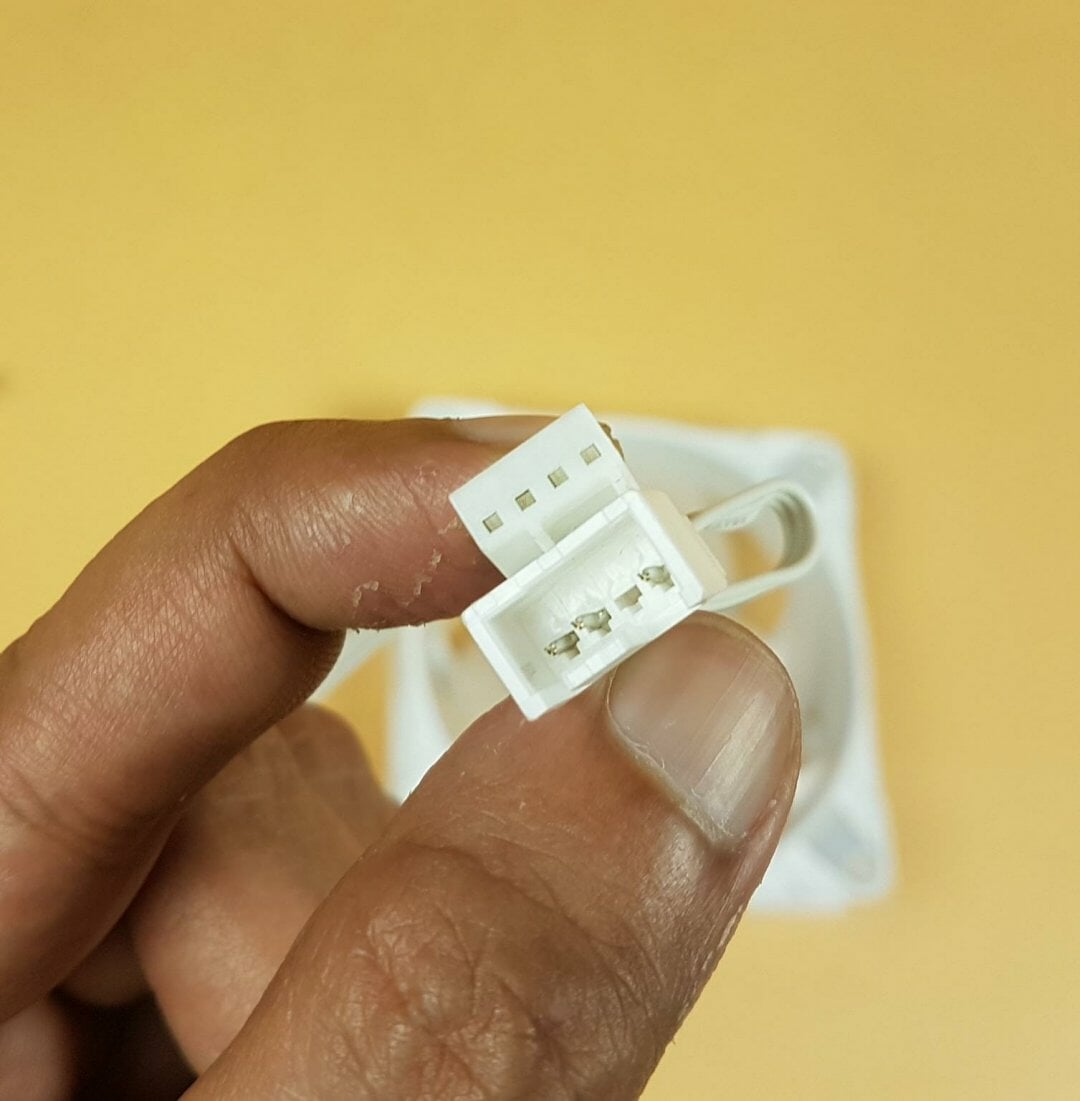 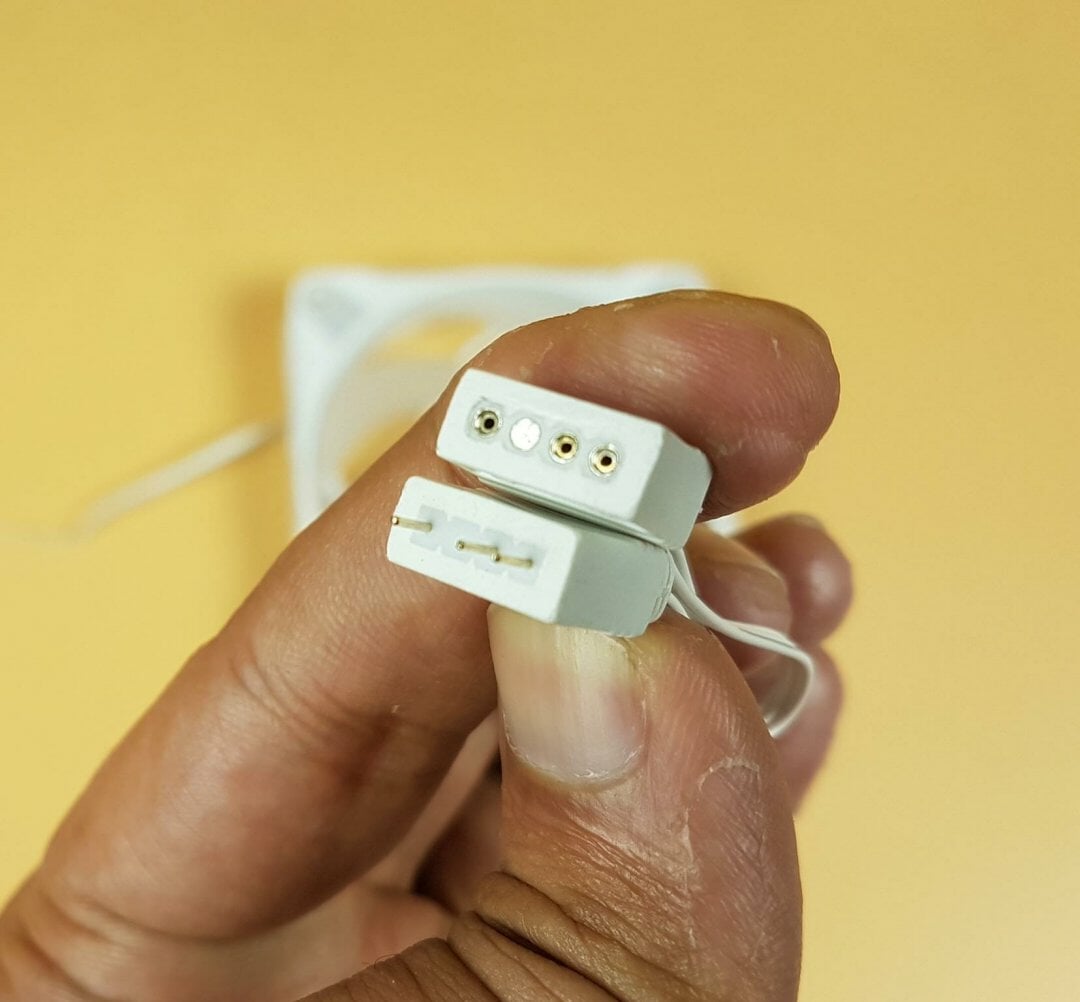 Another wise implementation is the white color cables coming out from the frame. Each fan has two sets of cables routing out of the center. One is the 4-pin PWM cable with the socket and the other is a 3-pin, 5V RGB connector with a socket/pass-through connector. This allows daisy-chaining the fans for synchronous operation and uniform effect. The starting voltage of the fan is 5V. The fan is rated for 12V using 0.11A.

Here are a few pictures of these fans in action:

Please note that not every run of the stress test may yield the same result. This could well be due to many factors like mounting pressure, thermal paste application, varying ambient temperature. Not to mention the silicon differences even among the same category of chips. Hence, it is pertinent to mention the testing methodology along with the specifics.

For comparison, we have tested the stock Alphacool Rise AURORA fans on the Eisbaer cooler and compared the performance against the ARCTIC P12 PWM PST A-RGB White 0dB fans. 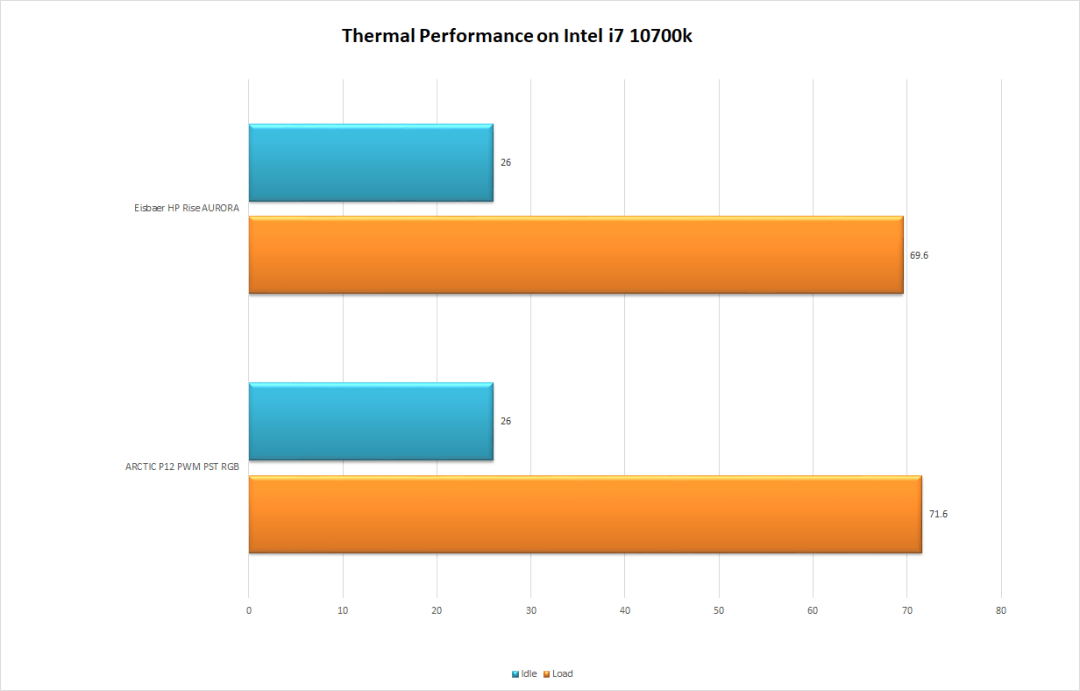 The ambient temperature was 25°C approximately. There is roughly a difference of 2°C between the Alphacool fans and ARCTIC P12 PWM PST A-RGB White 0dB fan. This is actually a better performance from the ARCTIC fans as the Alphacool fans are rated for up to 2500 RPM with a static pressure rating of 3.15 mmH₂O and an airflow rating of 118.3m³/h. Those are clearly high-performance edition fans optimized for high static pressure. Despite all this, the ARCTIC fans have delivered a nice performance with much better sound output.

ARCTIC P12 PWM PST A-RGB White 0dB fans are a budget-friendly offer from the manufacturer without much compromise on the performance. About the time that ARCTIC has released the white edition of these P12 PWM PST 0dB fans. We received the value pack of 3 fans. The value pack provides 3x fans and 12x screws. There is nothing else in the box.

The outlook on these fans speaks for itself and ARCTIC has done a good job in providing a balance between the white and gray colors on these fans. The frame I quite sturdy and finished in coated white whereas we have gray color anti-vibration pads on the mounting corners and gray color on the fan’s hub.

These fans feature the same design concept as is on the original P12 series fans with 5 specially designed blades. The difference is these fans boast translucent blades with a translucent ring for vivid and dynamic light effects as we have 12 A-RGB LEDs in the central housing of the fan. The A-RGB version of these fans has standard 3-pin (5V) A-RGB connectors. The use of standard connectors makes these fans compatible with the majority of the motherboards and external controllers. The fans were working fine on the MSI MAG Z490 TOMAHAWK motherboard and responded flawlessly to the change in dynamic and static color mode changing using the Mystic Sync app.

The fans feature a 0dB mode implying that under no-load or on idle, these fans can come to stop provided your motherboard supports this function. Another good feature is the low noise operation of these fans even at full speed.

These fans come with 6 years warranty which is an added advantage with the pocket-friendly pricing. Honestly speaking, one could not have asked for more! We are getting much more than we are paying with these P12 PWM PST series fans. They can be employed for case ventilation as well as on the CPU cooler and all that glory is augmented by the vivid A-RGB light show.

We have found these fans a compelling offer for budget-conscious users who would want no compromise on the quality and performance yet without breaking the wallet. The ARCTIC P12 PWM PST A-RGB 0dB white fans come recommended by us. 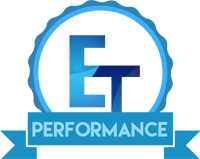 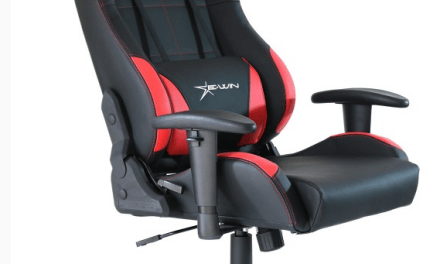 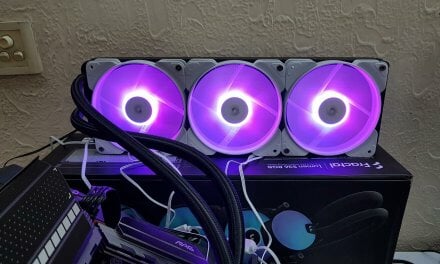 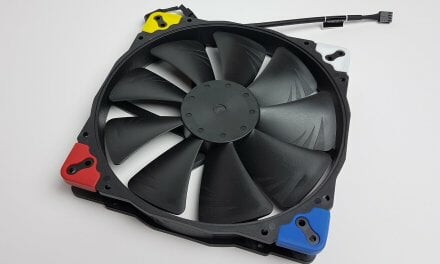 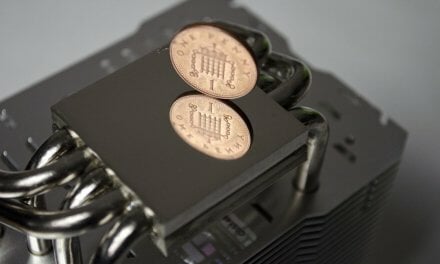