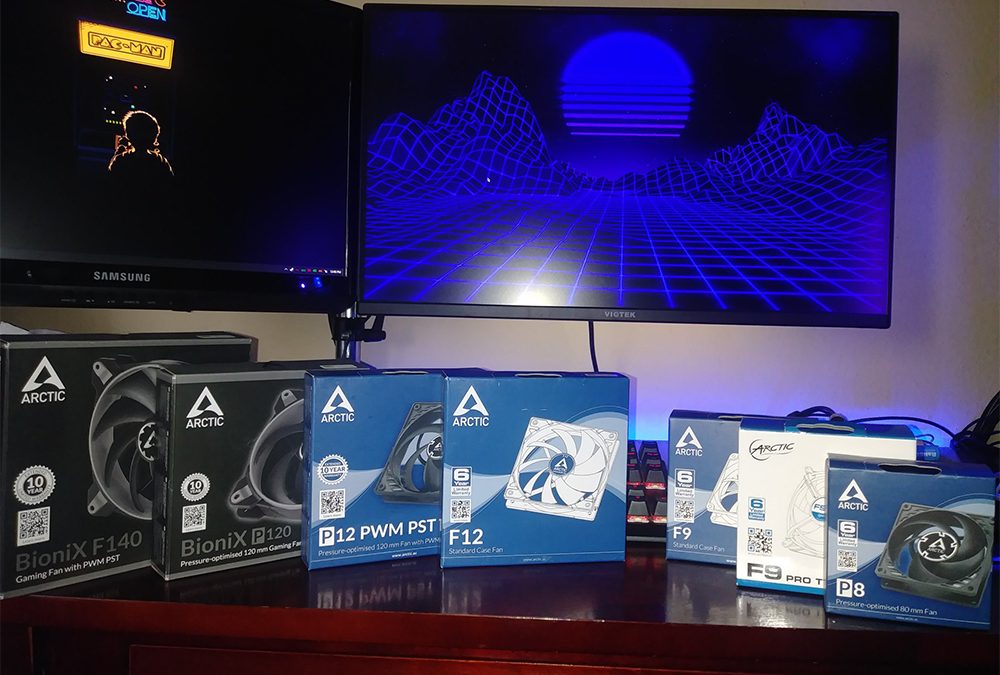 If you are getting into the market today for computer fans then you will quickly find a mountain of offerings bragging about their various noise levels, bearings, or CFM (Cubic Feet per Minute). So whats what in the computer fan department these days? Today we will be taking a look at ARCTIC’s array of offerings and what when and where they are best used to find that out.

First up is fan size, most modern office style desktops use 80mm, 90mm and 120mm fans (these sizes pictured below) where custom gaming editing and server type systems can use everything from 40mm to 200mm. Generally, if building/working in a custom desktop the goto fan size is 120mm but always make sure to double-check your case manual (either on hand booklet or online). 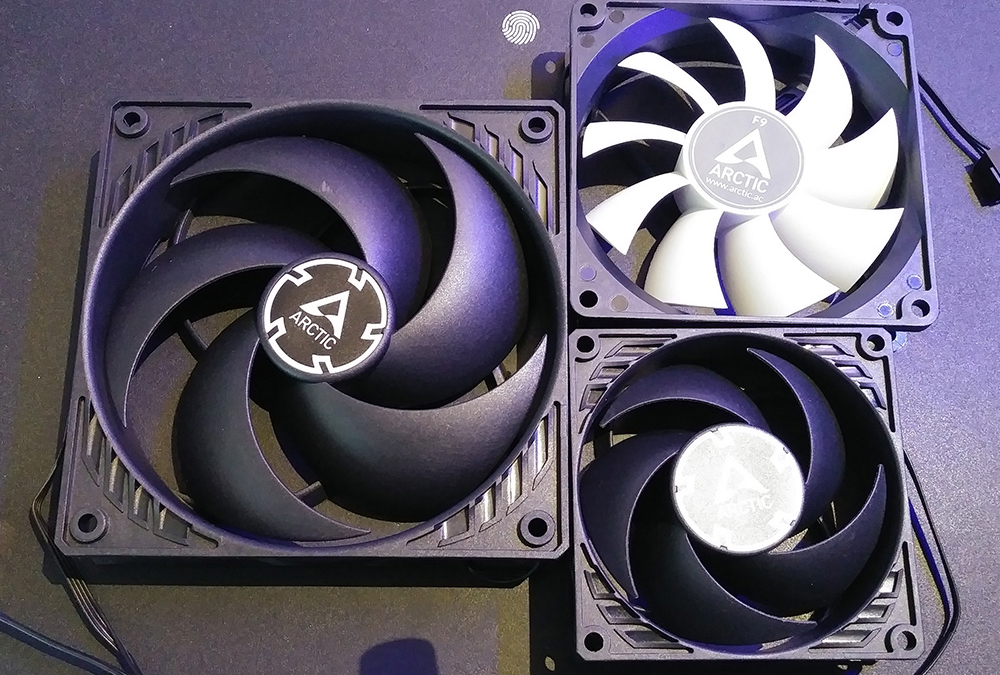 Bearing Type is directly effected by fan orientation. The bearing is a machine element that constrains the motion of an item to only the desired motion while reducing friction between the moving parts. Basically it is the small piece or pieces of metal that sits between the fan blades and the post on the stationary frame of the fan.

ARCTIC as far as I can tell uses the Fluid Dynamic Bearing which combines the best features of sleeve and ball bearing fans. They can be mounted both vertically and horizontally, are on the quiet side while having roughly the same or longer life expectancy than ball bearing fans due to less moving parts. Fluid Dynamic Bearing fans tend to be a bit more expensive but more robust for heavy enthusiast operations.

Fluid Dynamic Bearing example below is taken from ARCTIC. 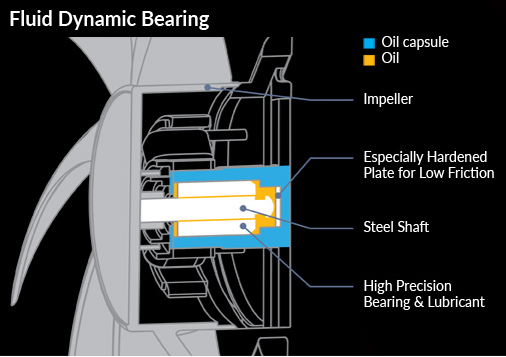 Most cooling fans are built around a few priorities some of them being size, noise, airflow, and static pressure to name a few. The main two things most PC builders will want to focus on will be Airflow and Static Pressure. Outside those two specifications and picking a reputable and known company like ARCTIC who produces quality fans the differences become smaller. While spending more and more for each minor feature or improvement.

Airflow fans are designed to remove as m.uch air as possible from one place to another, usually and preferably straight in and out of the case. For these types of fans its best to have as little in the was as possible aside from the grille or mesh of your case, so the air may move freely through your case. Airflow fans are marked by their high CFM (Cubic Feet per Minute) which means the rate that they can move a given volume of air. An example here would be the ARCTIC F12 with a 53CFM. 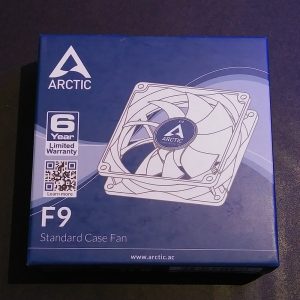 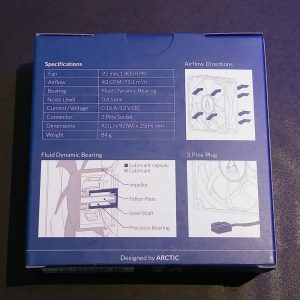 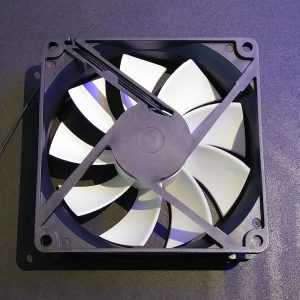 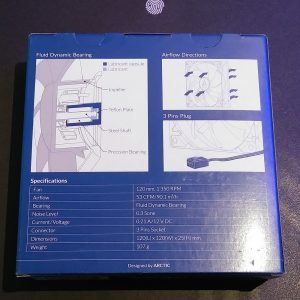 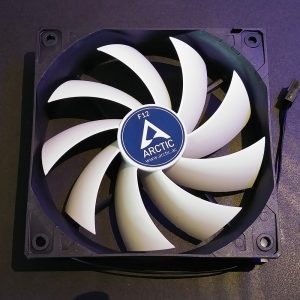 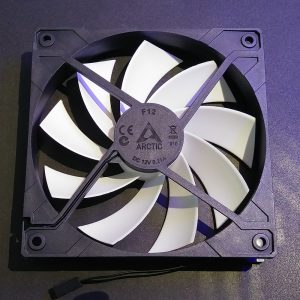 Static Pressure fans like ARCTIC’s BioniX P120 are designed for pushing air through things like water cooling radiators and closed off cases with mesh or sharp turns for the air to get in through, as well as thick CPU coolers. Static Pressure fans are the choice myself as well as most enthusiast PC users will go with when aiming for peak performance. 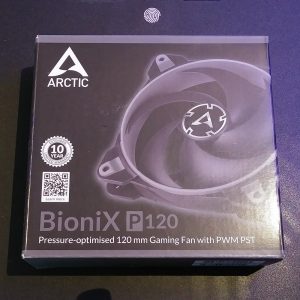 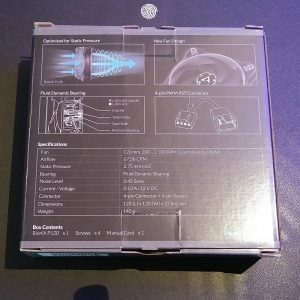 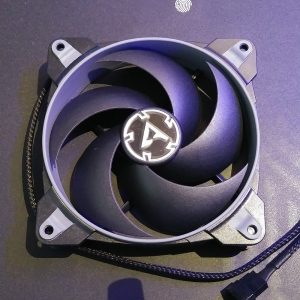 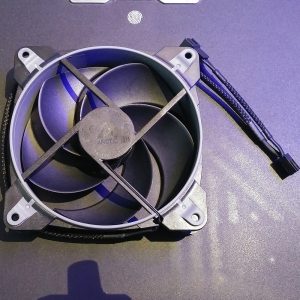 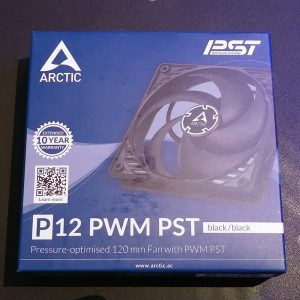 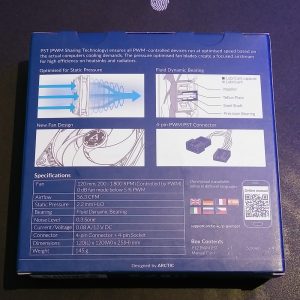 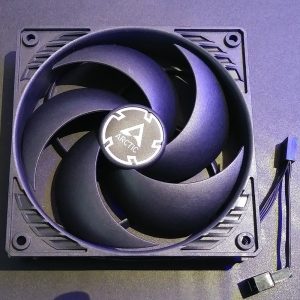 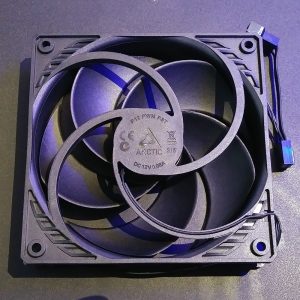 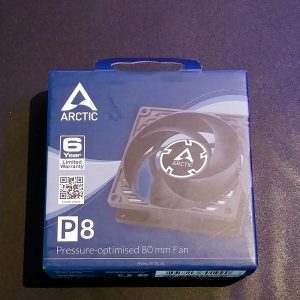 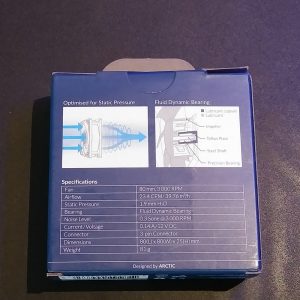 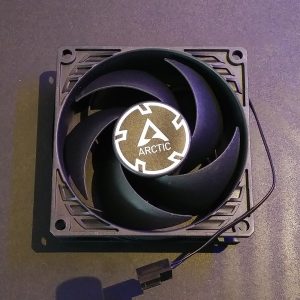 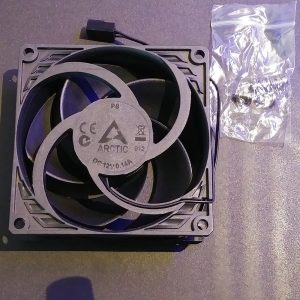 For most PC builders (those not overclocking or running exotic cooling) the main thing to keep in mind is picking a quality fan, focusing on longevity first and foremost. Most users even gamers will do just fine with a high-quality Airflow fan, and like I said above its not until you get into overclocking and exotic cooling that you need to really start considering specialized fans like the Bionix P120. Though I won’t lie the BioniX lineup of fans from ARTIC is very esthetically pleasing and come in a list of colors. If you are using a case with a side panel, have a little extra cash in your build budget, and the desire to spice the look of your build up a little, then the BioniX P series just might be what you are looking for.

Computer fans have long held a basic 3pin (voltage/DC controlled) or 4pin (PWM Pulse Width Modulation). Most off the shelf and pre-built system motherboards support either one or both of these and generally automatically selects the right power control. The main thing is to make sure you are looking at 12v computer fans, not at fans for a router, and or other small component fans that are 5v.

The 3pin design carries power, ground, and sensor speed. The 3pin units speed up and slow down by a varying DC current on the power pin. Depending on the motherboard you might or might not get some control over your fans this way. In my experience in modern systems with every manufacture, I have tried MSI, Gigabyte, ASUS, etc I have had temperature control settings for my DC fans, and generally, the speed range is between 60-100%.

The 4pin units allow for Pulse Width Modulation which adds another electronic signal that directly controls the fan speed based on a few variables that can be changed in your motherboards BIOS. With PWM you can set anything you want from a quiet to a performance profile. You can even set up a custom curve that can remain both quiet while ramping up smoothly all based on the temperature of various thermal probes built into your motherboard. This also allows new features like fan stop and just running at an overall lower fan speed than the DC varients minimum of 60%. 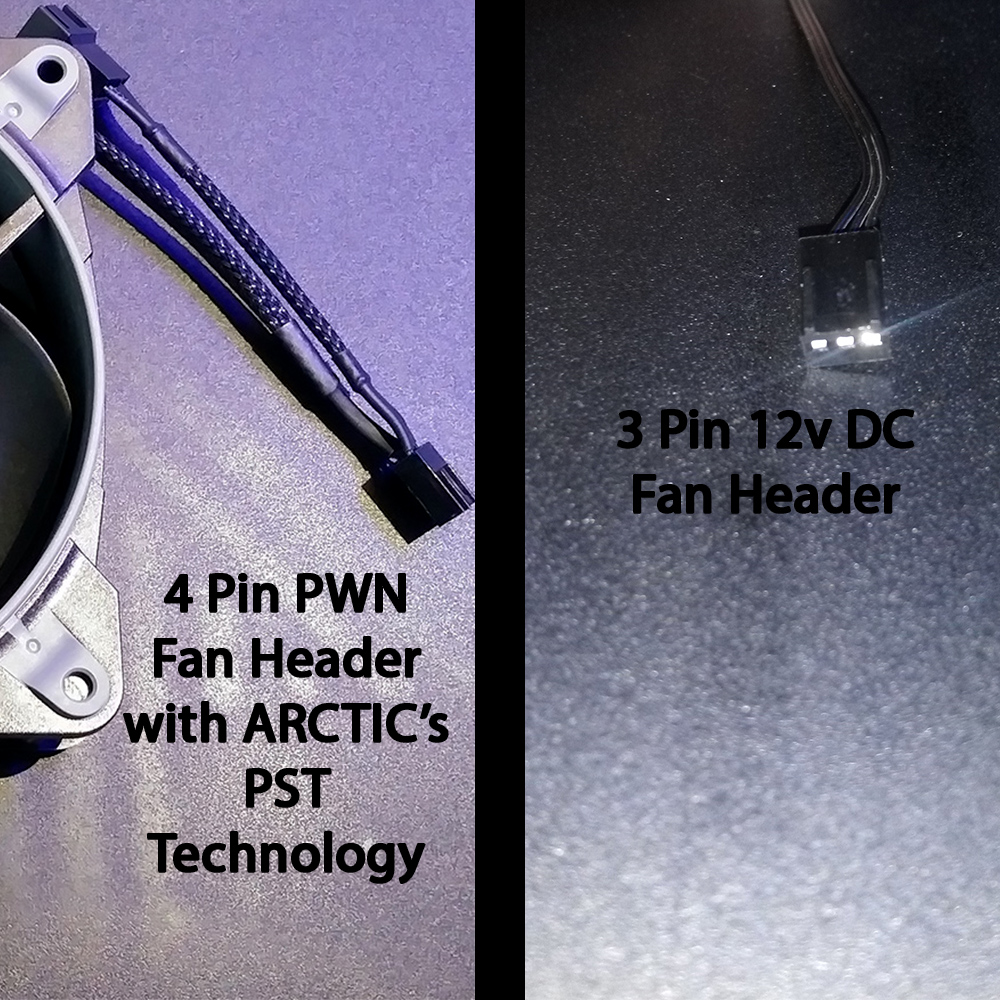 Beyond this, there are almost endless options for controlled and non-controlled RGB lighting and other features depending on who made the fan. ARCTIC has a TC fan that is one of the most interesting fans I have seen. The ARCTIC F9 PRO TC is a Temperature-Controlled fan via a thermal probe built right in! 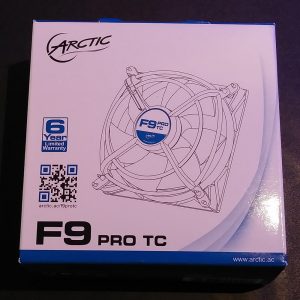 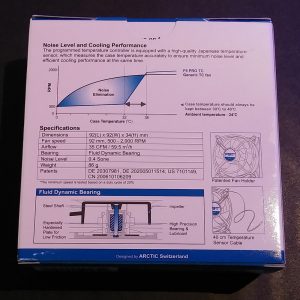 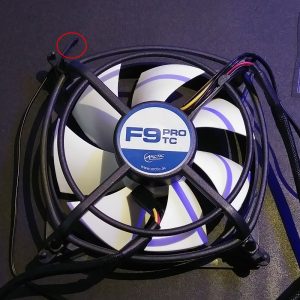 See the red circle for the Thermal Probe. 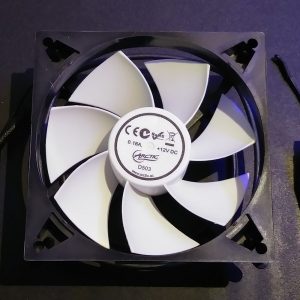 Don’t let the details get to you when picking cooling fans for your system. The main details to remember are size, after that Airflow or Static Pressure depending on your needs. Focus on using reputable brands like ARCTIC and know that if you really want to the choices and options can become quite vast rather fast and you can really go bonkers with RGB fans that are crazy powerful while remaining efficient and quiet all bundled up for a premium price of course.

PC Case fans run anywhere from as low as $5 all the way up to the ballpark of $50 a fan. I generally aim for fans in the $10-20 each price range, and that is right where ARCTICS premium BioniX P120 and P140 come in at generally running $14.99 each. For a solid Fluid Dynamic Bearing and Pressure Optimized fans holding a 10-year warranty that is one heck of a deal. If you want to save a little more and do not need Pressure Optimized fans then ARCTIC’s BioniX F120 comes in at $13.99 while holding the same warranty build quality and aesthetic design.