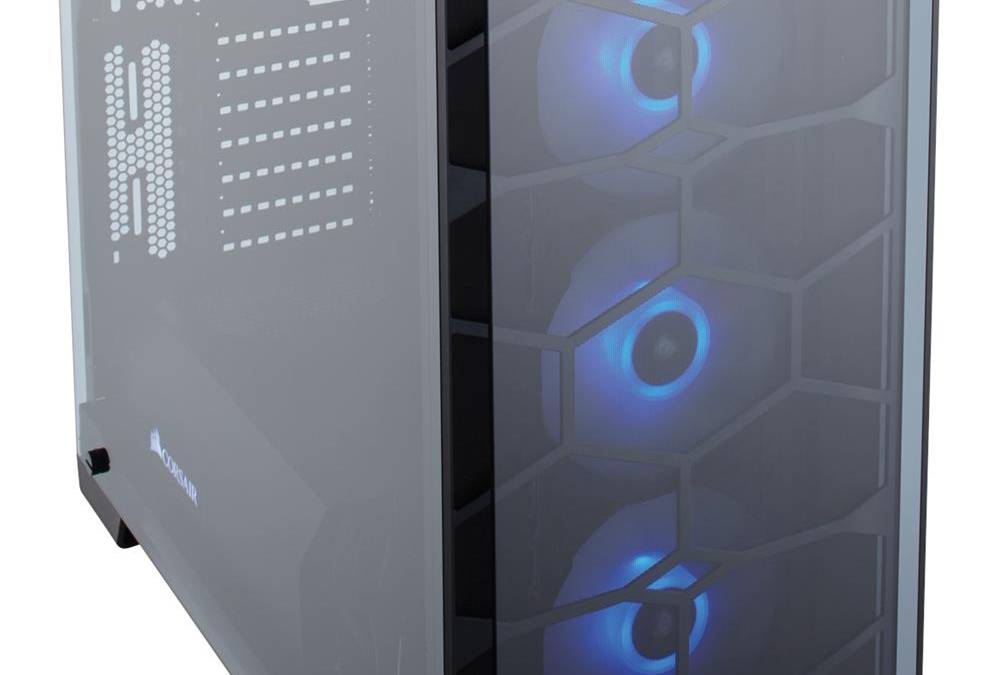 Wrapped in four individual panels of tempered glass, the CORSAIR Crystal Series 570X RGB puts every  component of your build on display with its sharp lines, elegant styling and beautiful finish. Fitted with three SP120 RGB 120mm fans, users can light up their PC with brilliant LED lighting effects and a choice of colors, all controlled directly from the case’s front panel. With the whole system on display, cable routing is critical and the 570X RGB boasts dedicated cable routing channels and covers to ensure that it’s your components, and not their cables, that are on show. The 570X RGB is designed with both performance and style in mind, and can accommodate up to six cooling fans, fitted into removable fan trays for easy installation. The 570X RGB also offers enough space for a wide variety of liquid cooling radiators, right up to 360mm in the front, accomodating the most ambitious of custom builds. With its gorgeous styling, premium tempered glass, integrated lighting and  abundance of upgrade options, the CORSAIR Crystal Series 570X RGB provides a Crystal clear showcase for your next PC masterpiece. 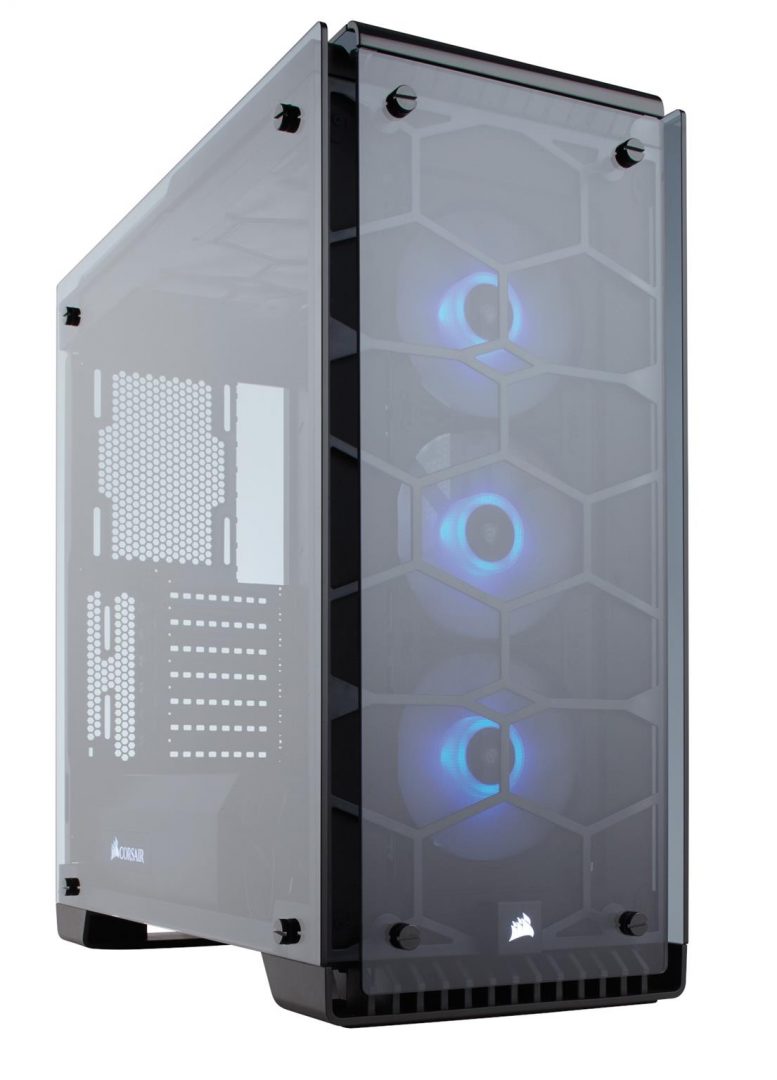 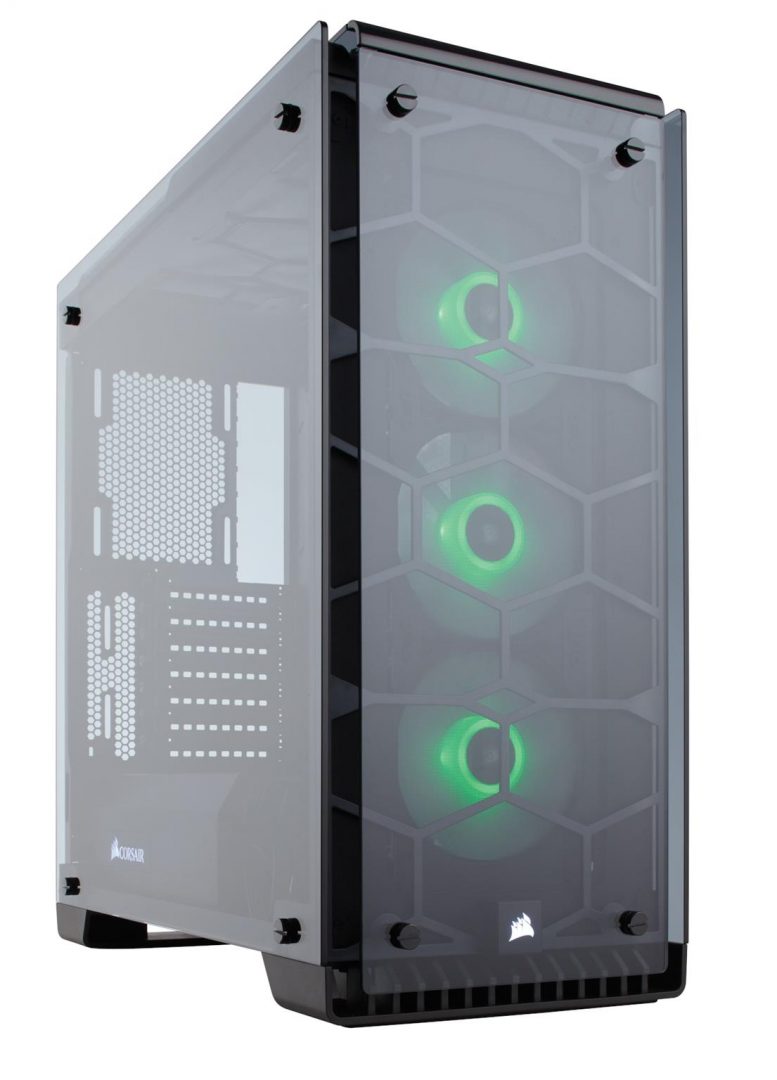 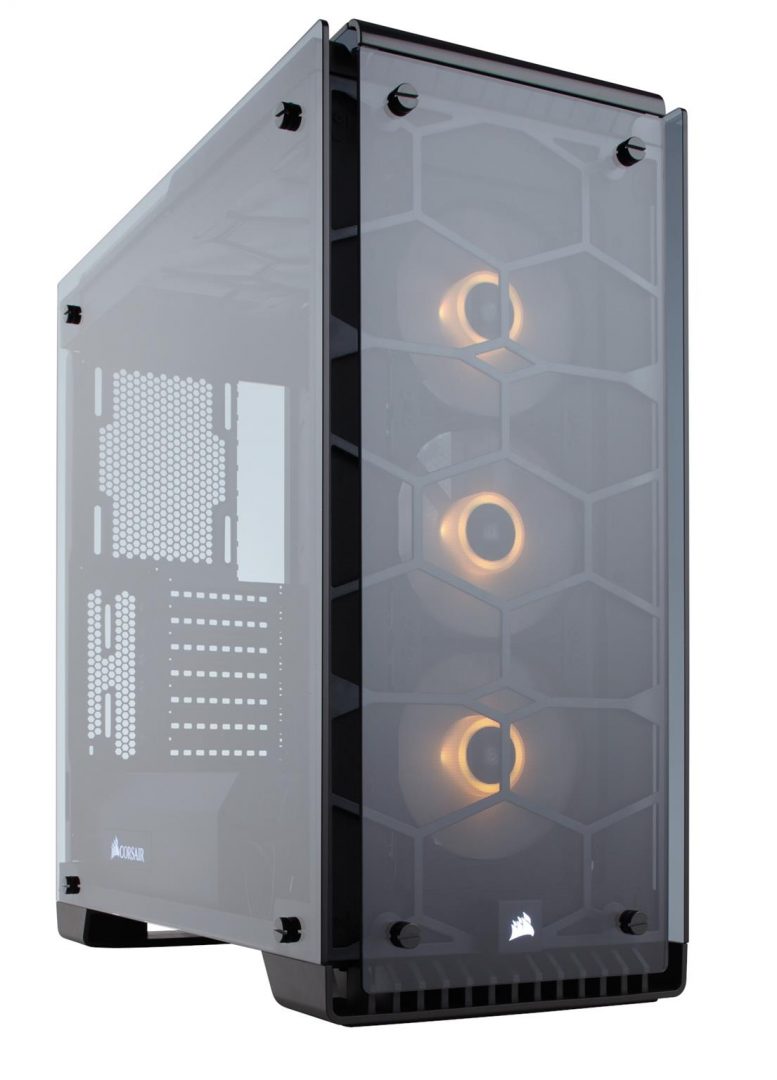 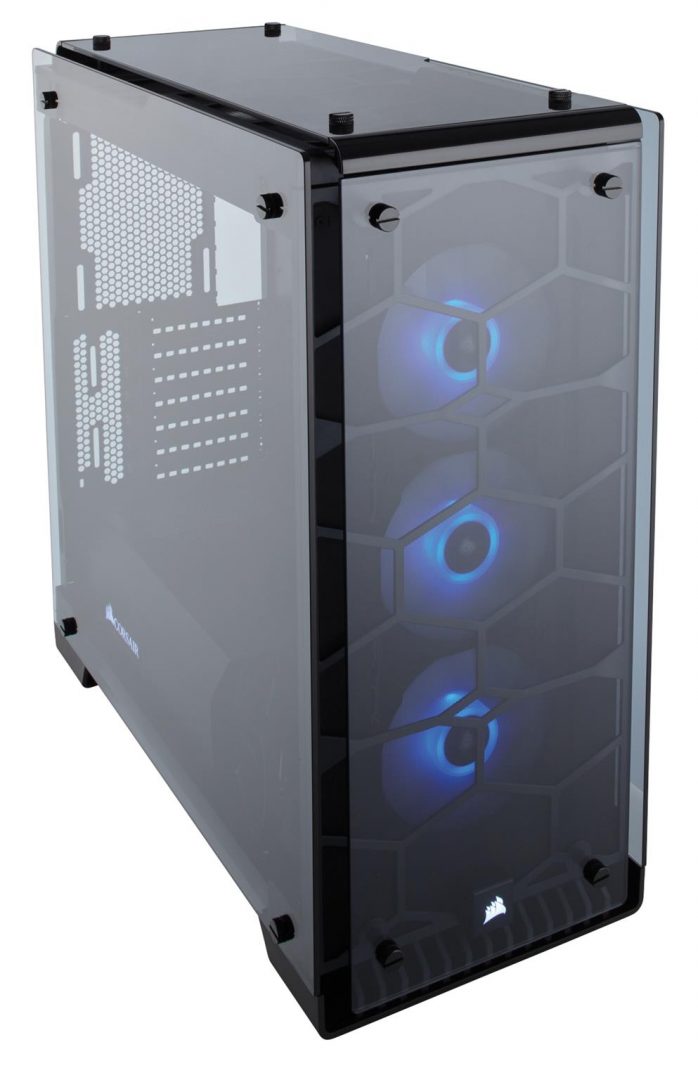 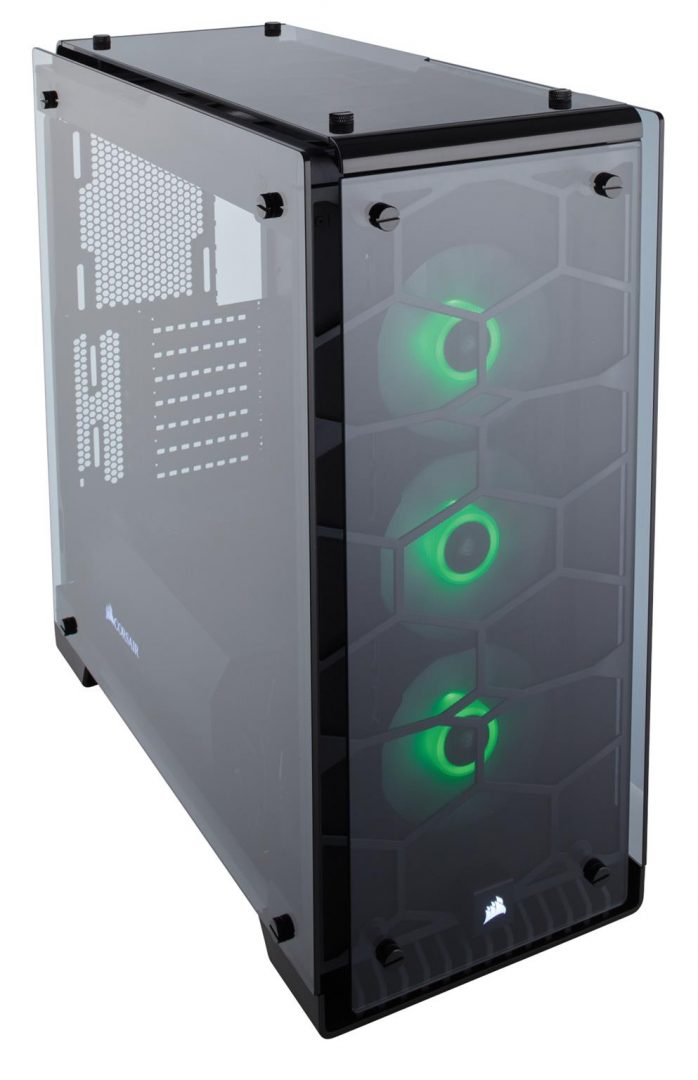 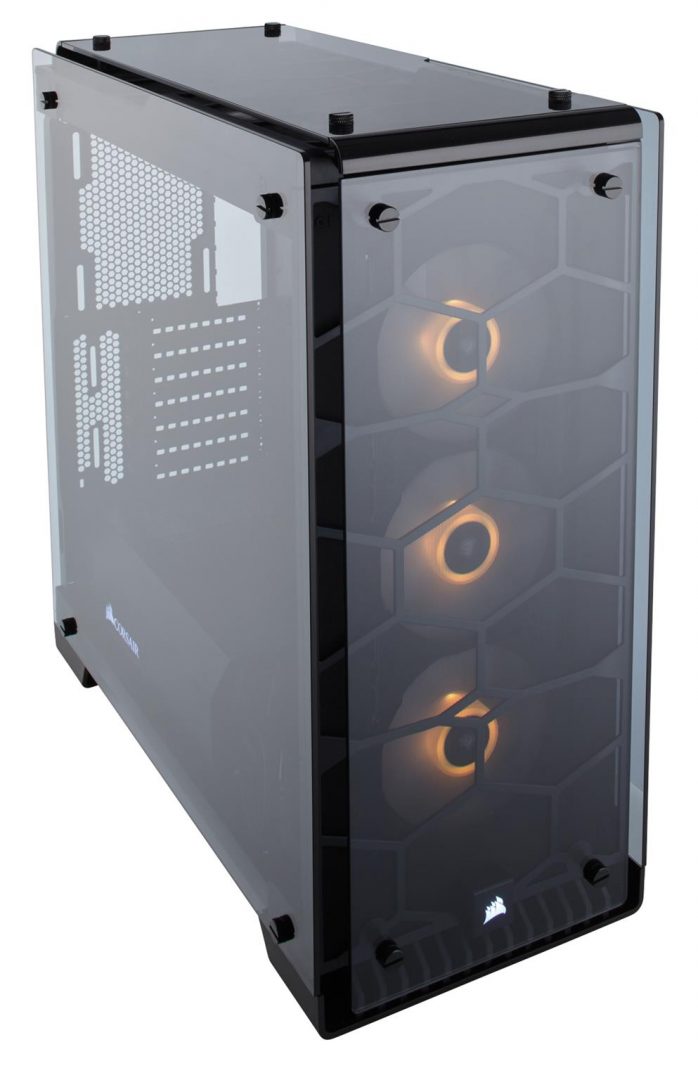 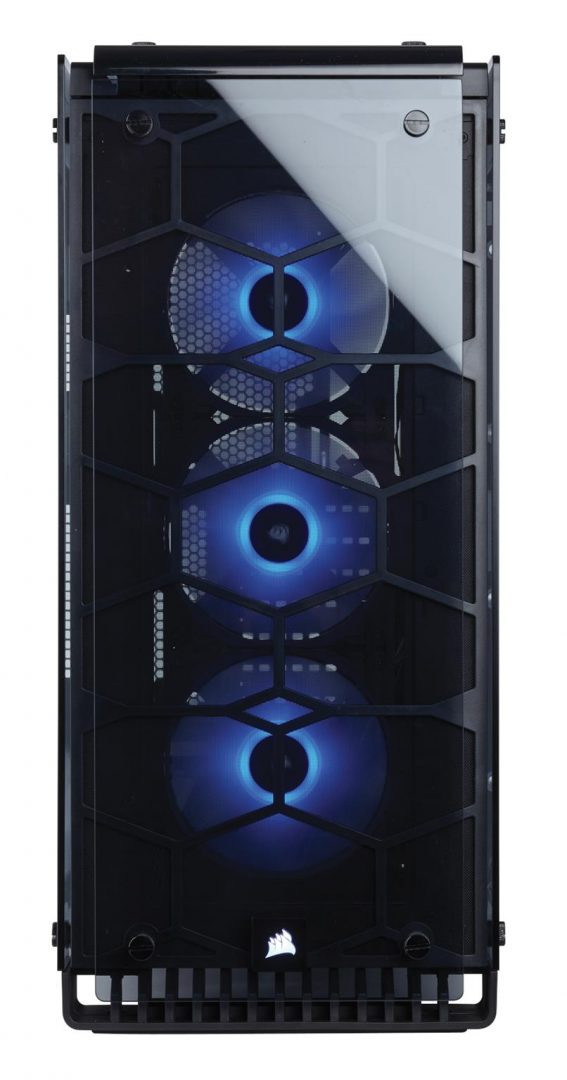 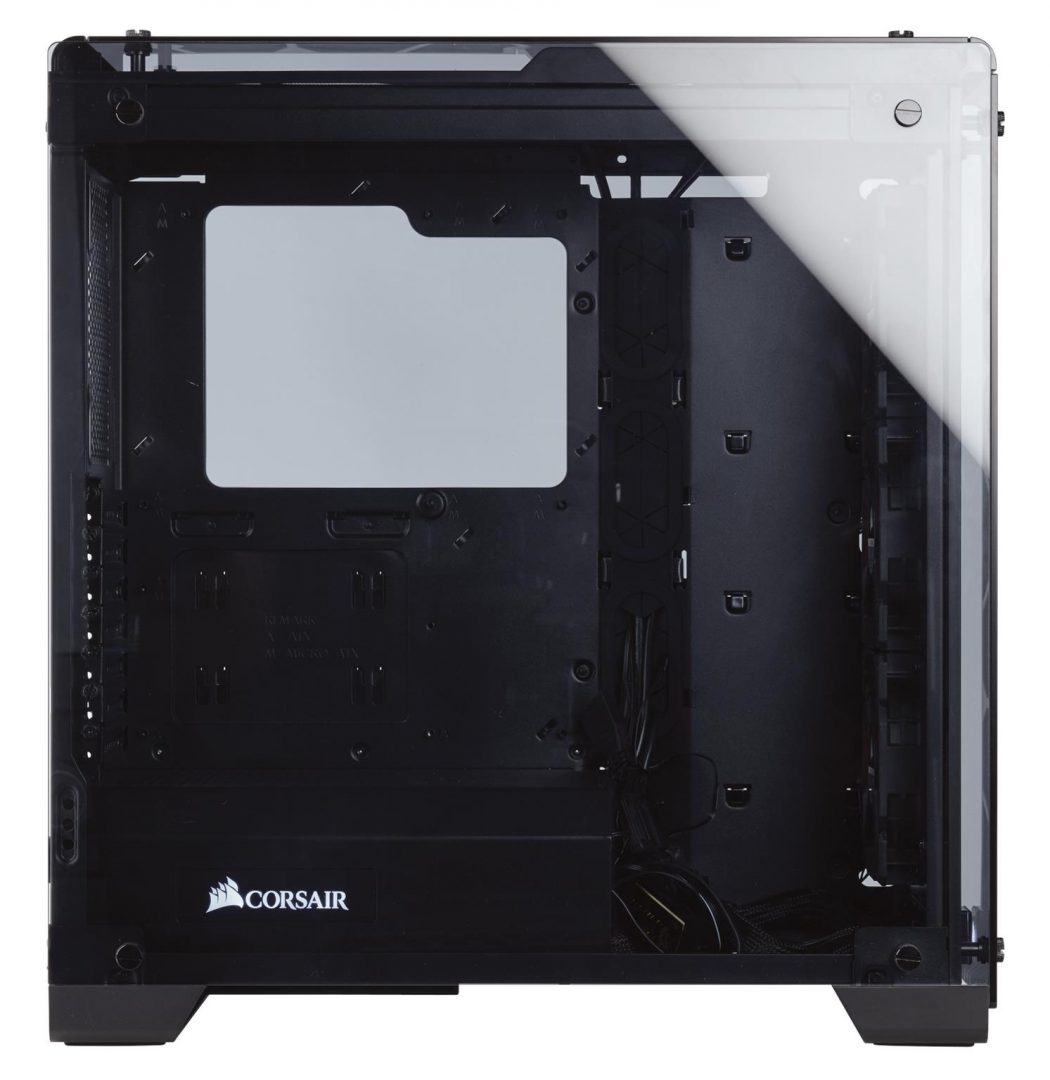 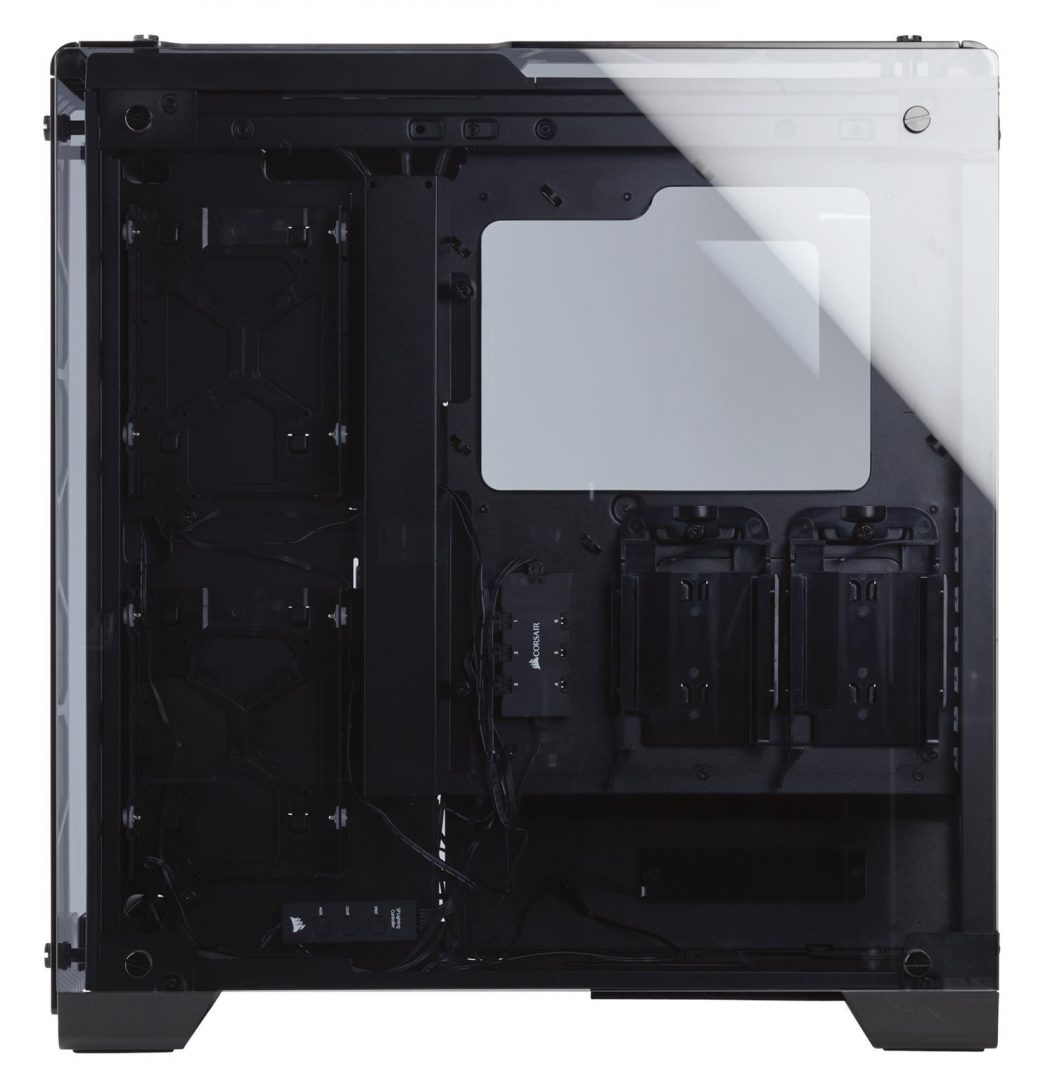 Beautifully simple and engineered to perform, the CORSAIR Crystal Series 460X RGB packs all the the performance and expandability you need into a strikingly modern and compact ATX case design. Front and side tempered glass panels display every component of your system, while three included SP120 RGB 120mm fans provide bright and customizable LED lighting controlled straight from the case’s front panel. Direct Airflow Path design minimizes the distance between fans and hardware, positioning drives out of the path of airflow, while easily accesible dust filters on the top, bottom and front of the 460X RGB make cleaning a breeze. Building the 460X RGB to look its best is easy, with tool-free drive installation and a wealth of cable routing options, including a dedicated modular PSU and 3.5in bay cover. Compact, capable and clad in vibrantly lit tempered glass, the 460X RGB puts your next PC on display for an envy-inspiring setup. 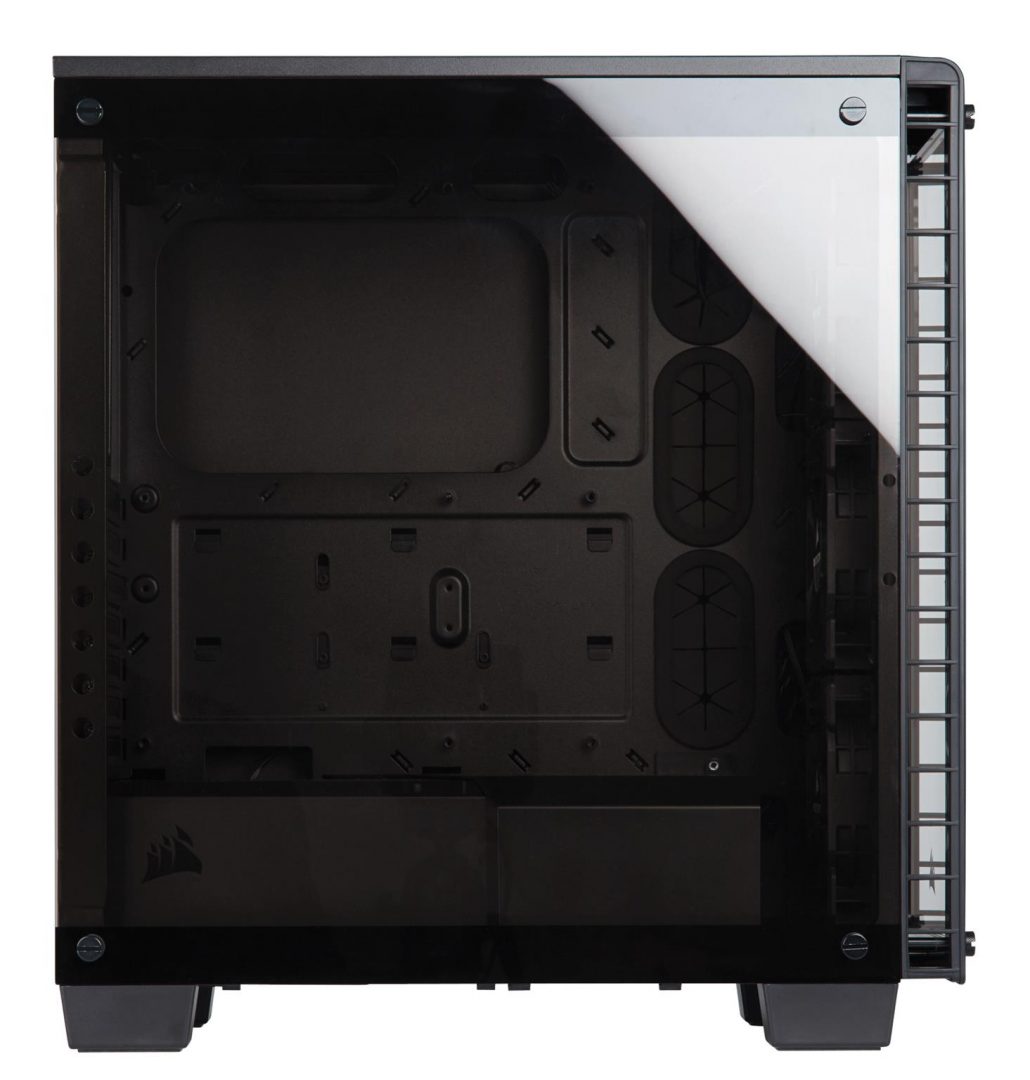 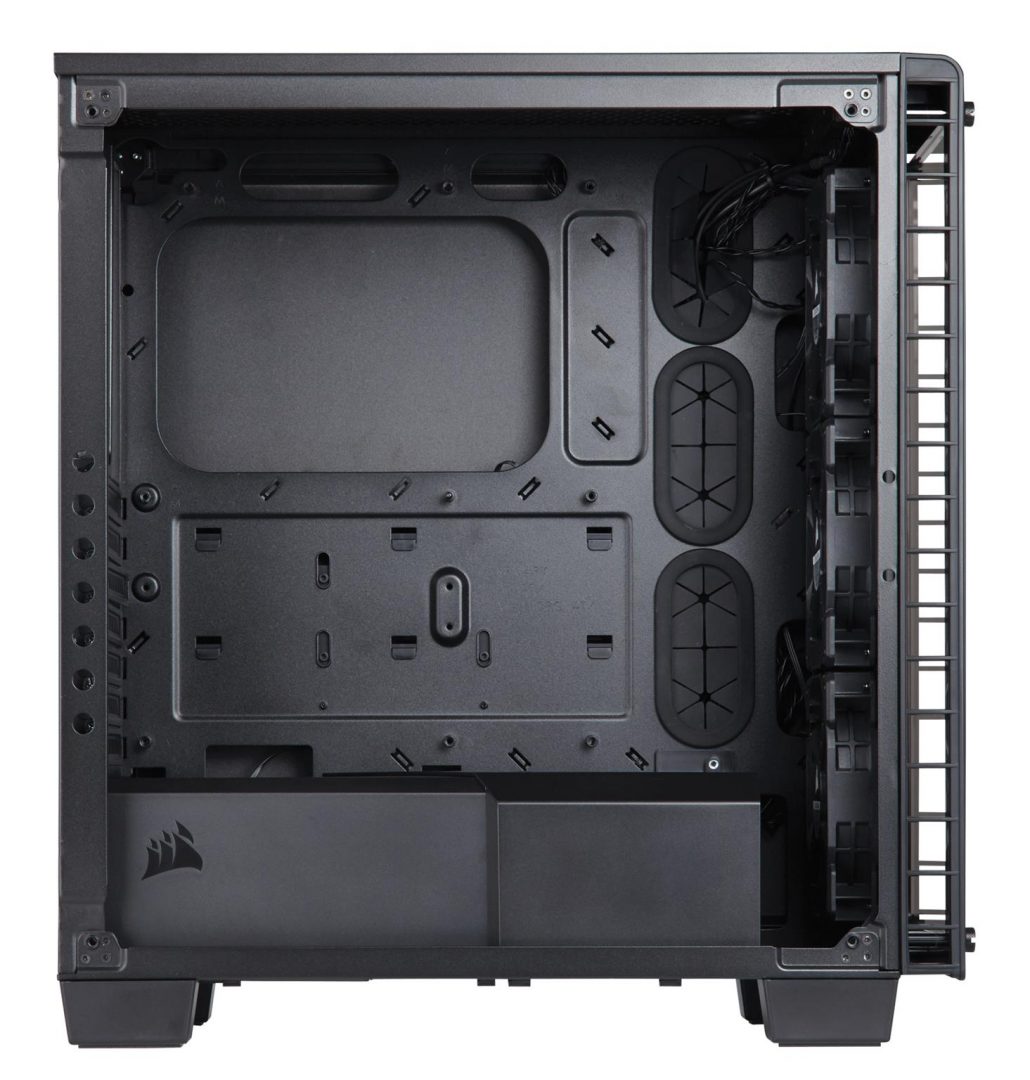 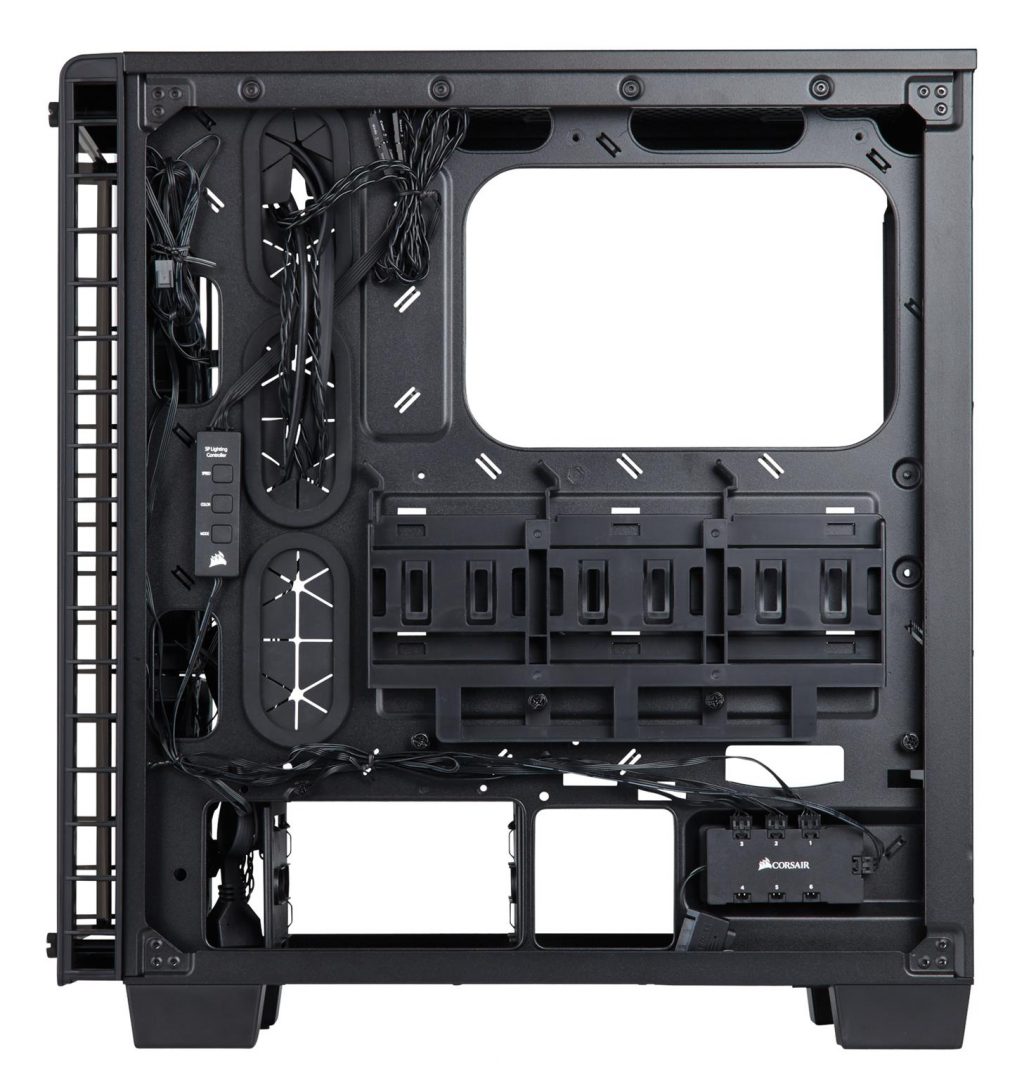 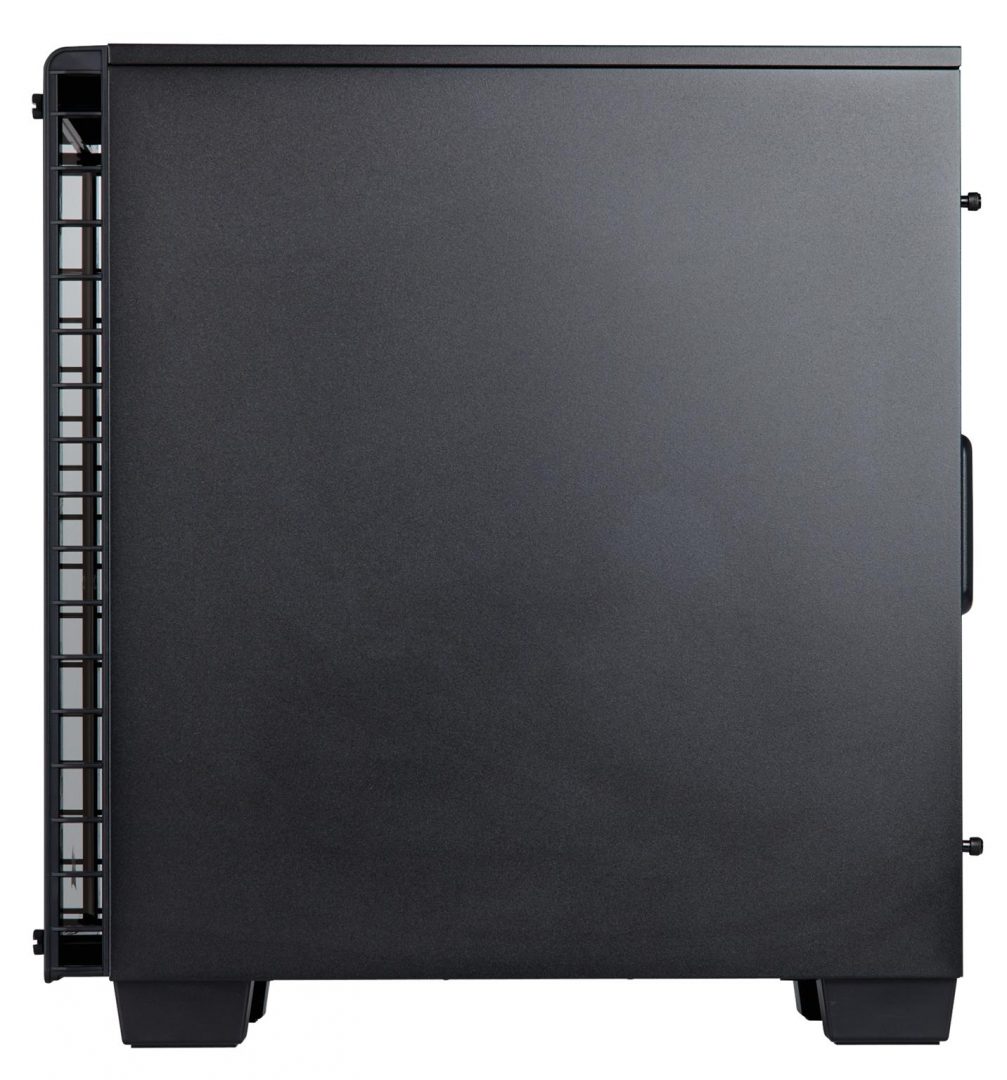 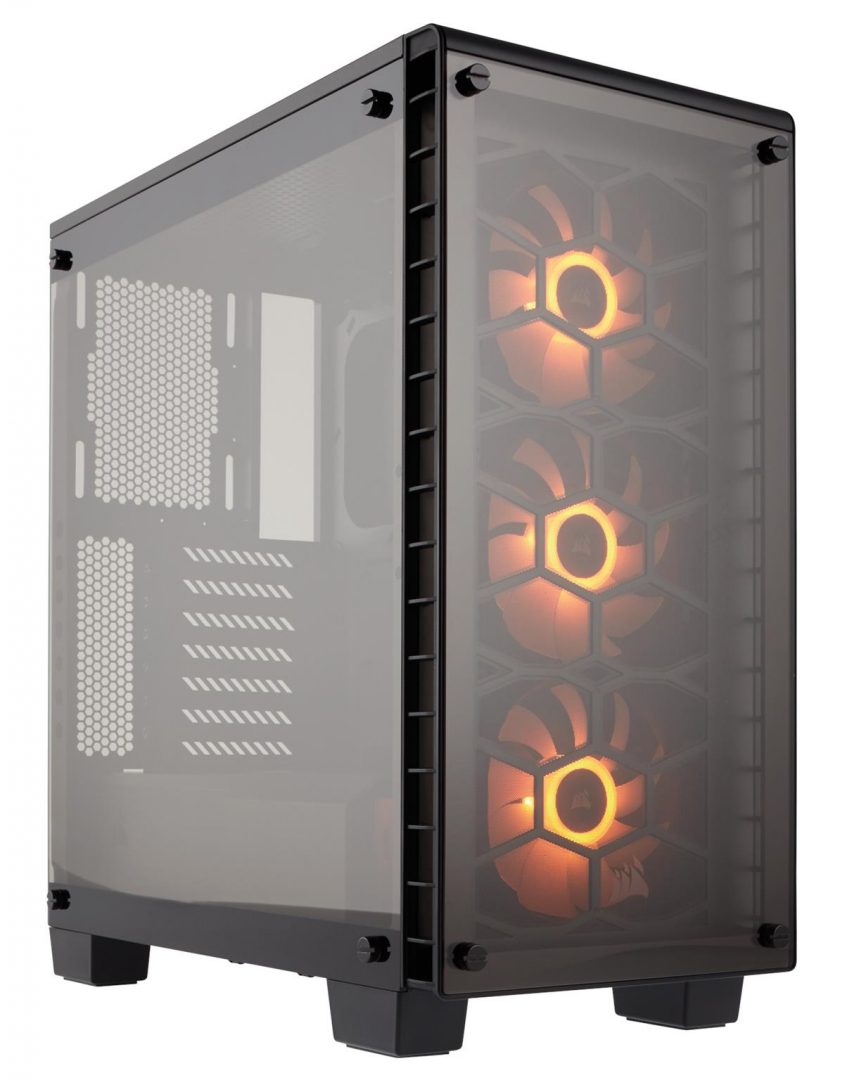 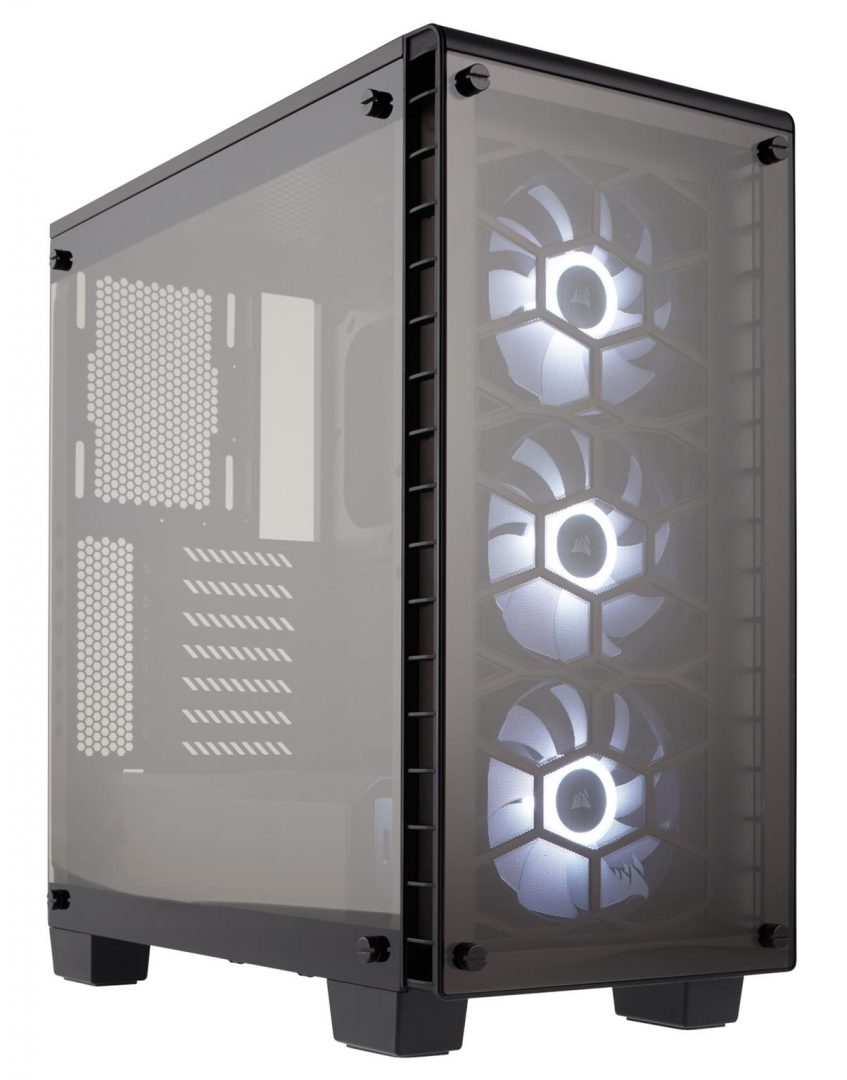 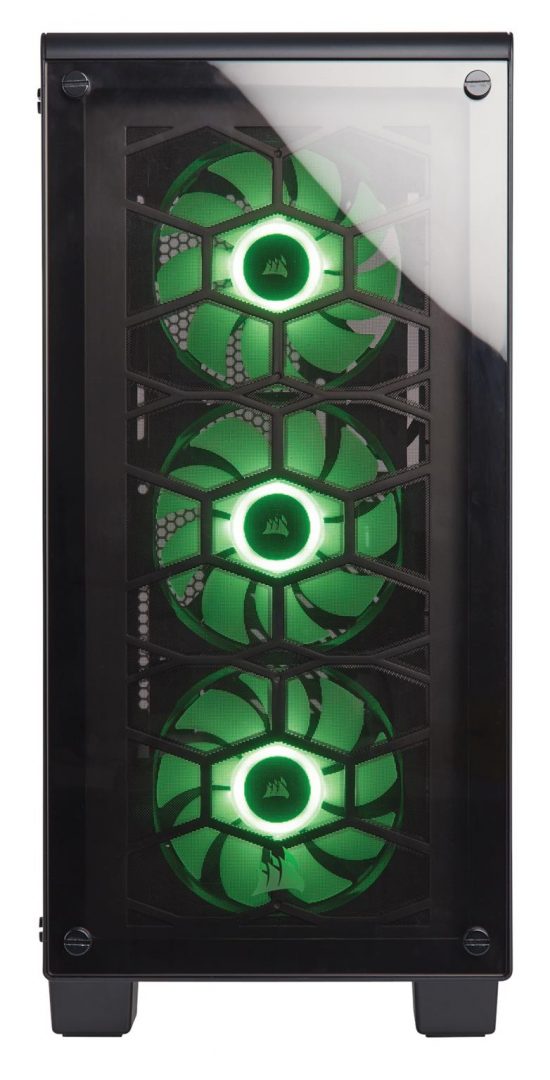 Solid, sleek and understated, the CORSAIR Carbide Series 270R offers all the essentials of a high-end PC case, while retaining a spacious internal layout and versatile cooling options. Available with either a huge transparent window or solid side panel, the 270R’s minimalist exterior hides an expansive interior that’s designed to make building a PC as easy as possible. Deep cable routing channels, numerous tie-down points and convieniently located drive bays combine with a dedicated cable routing compartment that surrounds the PSU, making clean and professional builds simple. The 270R windowed comes equipped with a red-LED lit AF120 120mm intake fan and black AF120 120mm exhaust fan, while the 270R non-windowed ships with a single black AF120 120mm exhaust . Whichever you choose, the 270R offers great out-of-box cooling while also supporting a wealth of liquid cooling radiators and cooling upgrades. Able to mount upto a 360mm radiator in the front and a 240mm radiator in the roof, the 270R can accommodate almost anything your next PC might require, both now and in the future. It’s everything PC builders need for the essential PC build. 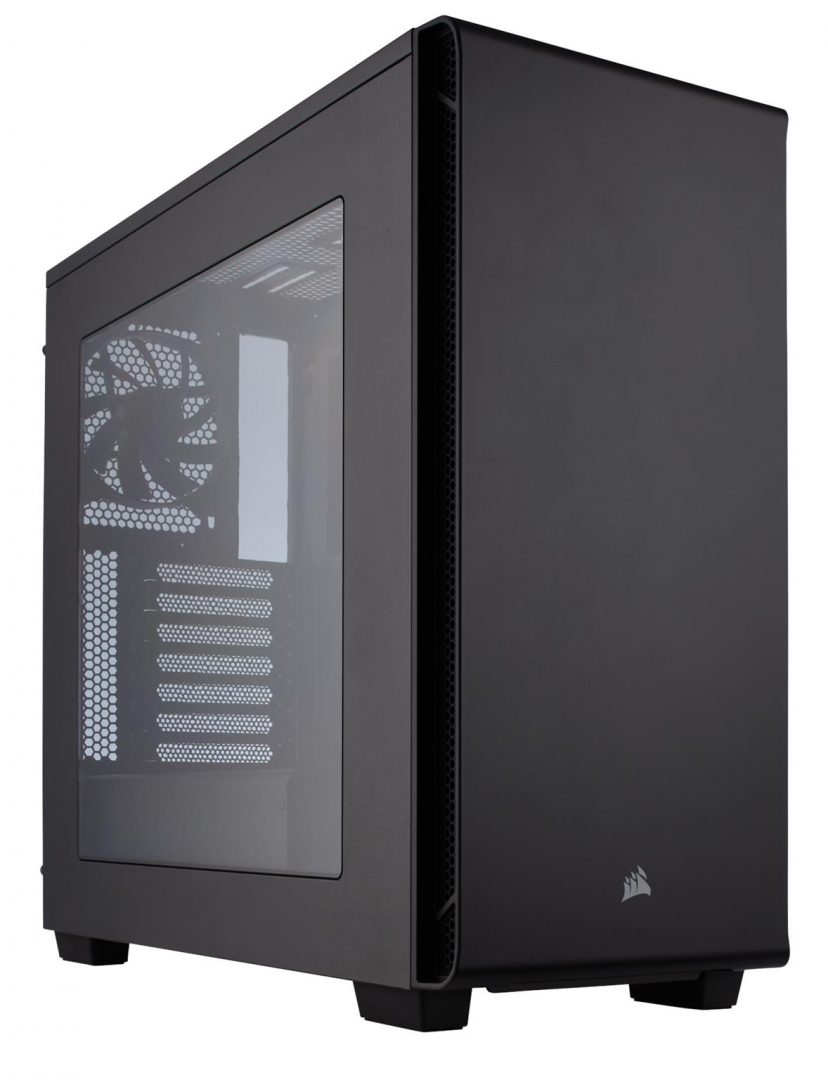 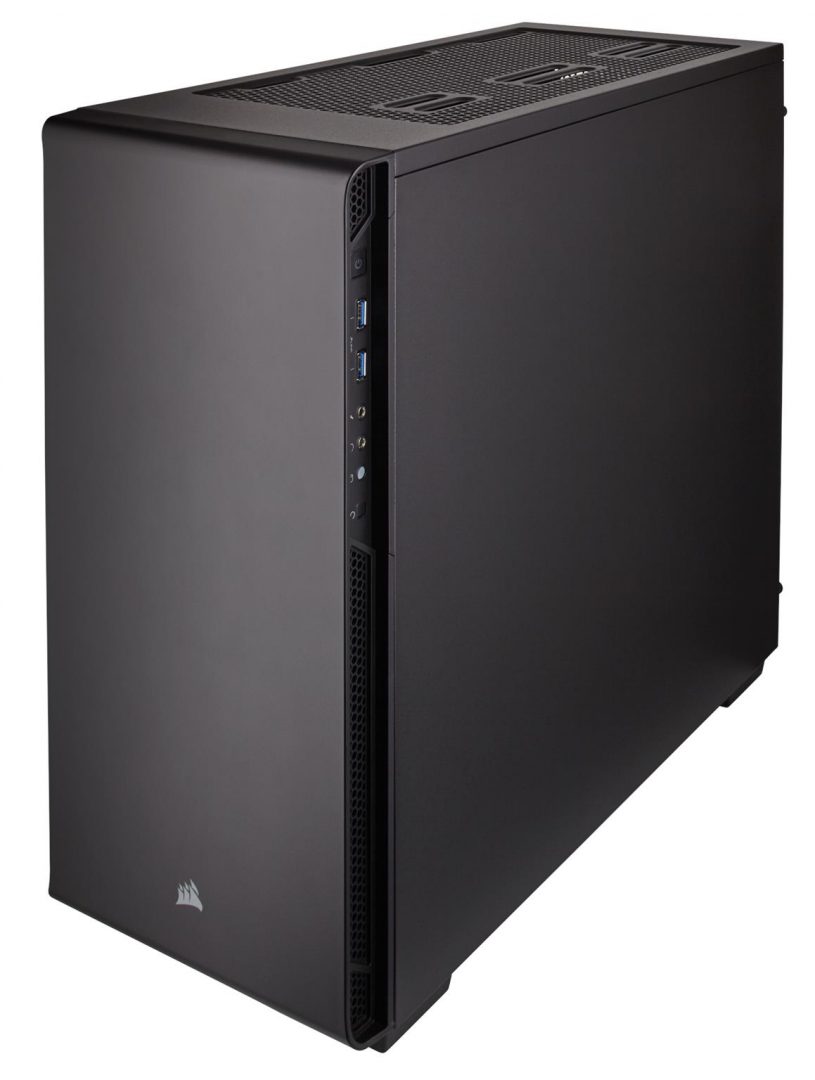 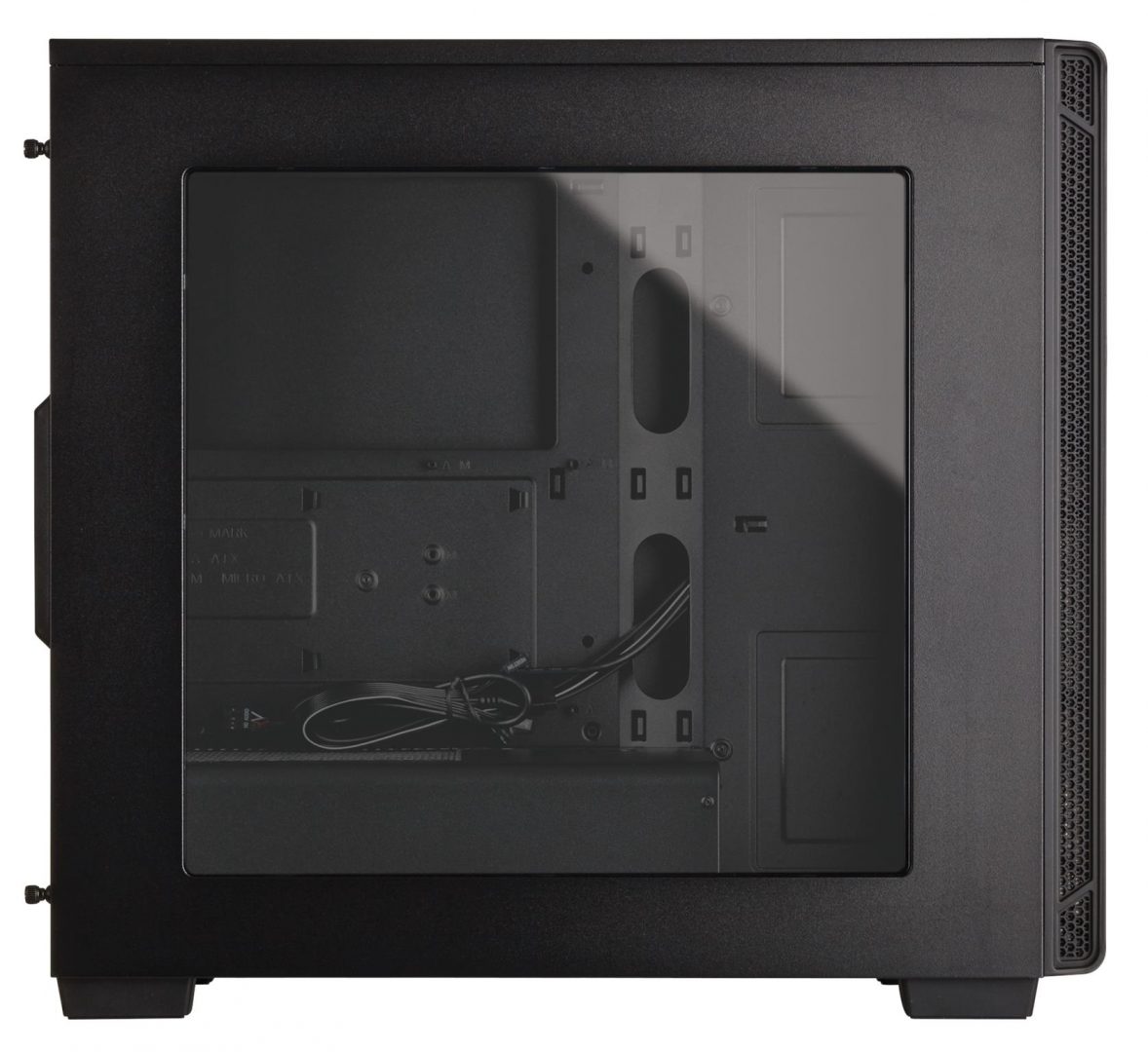 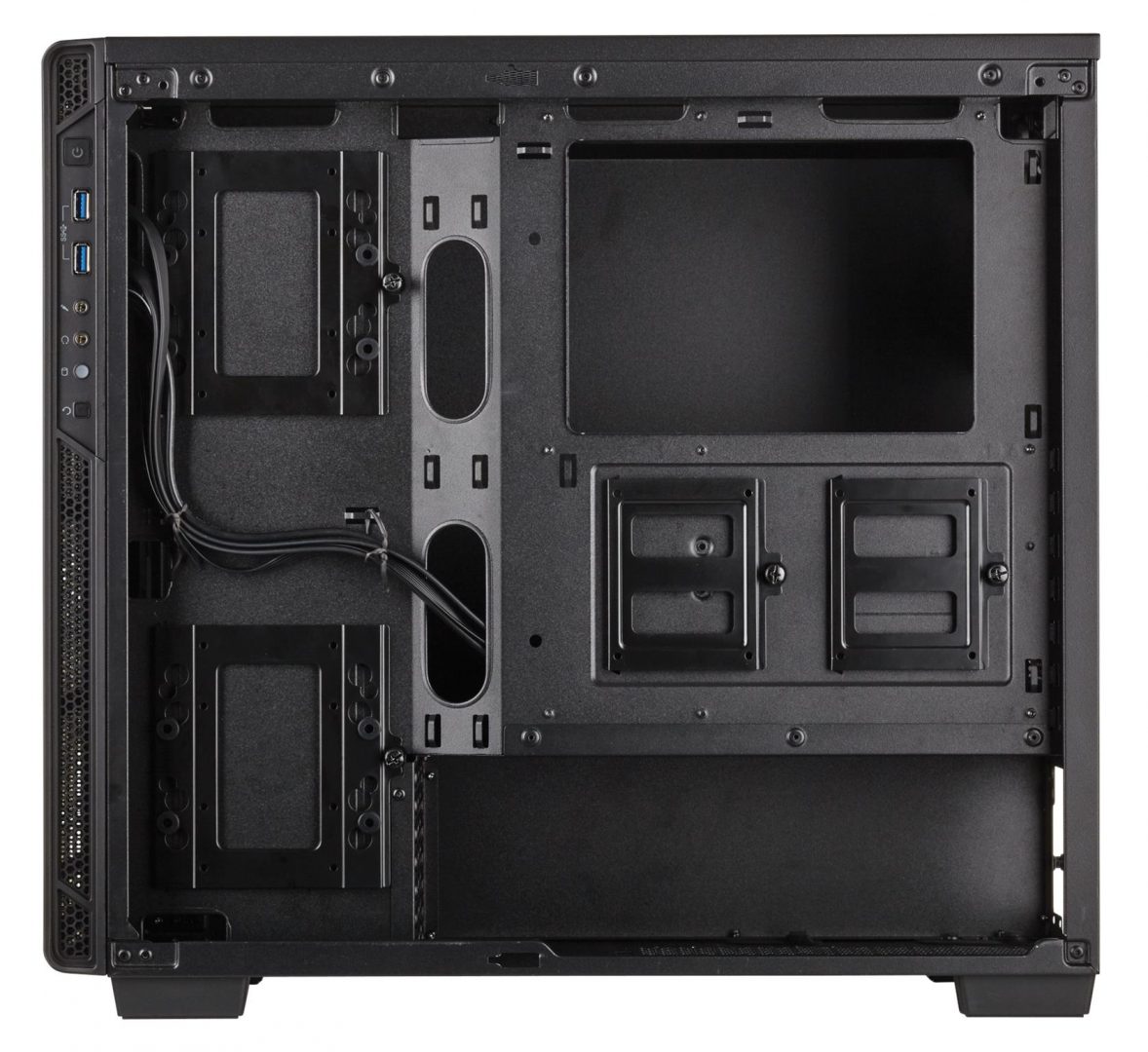 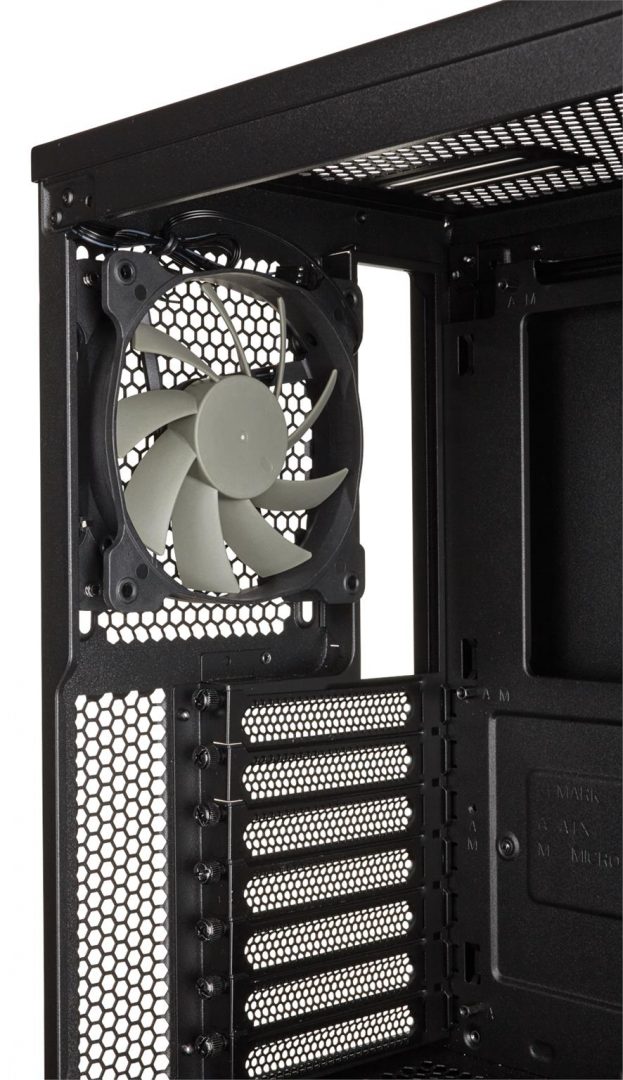 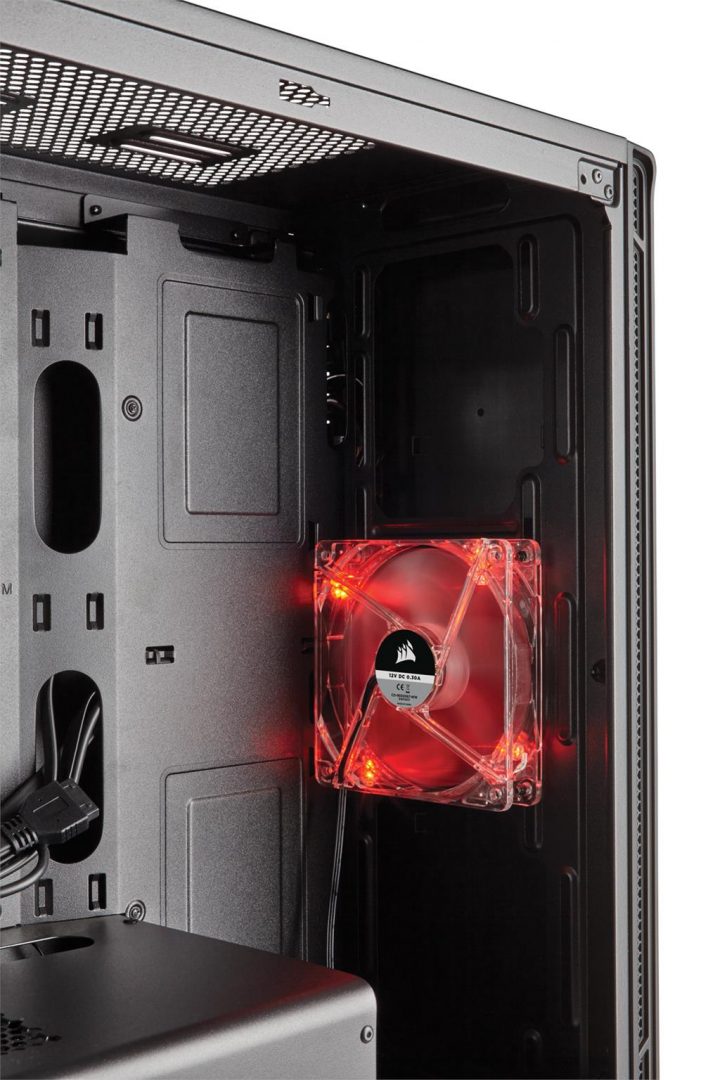 For up-to-date pricing of all three new CORSAIR cases, please refer to the CORSAIR website or contact your local CORSAIR sales or PR representative.