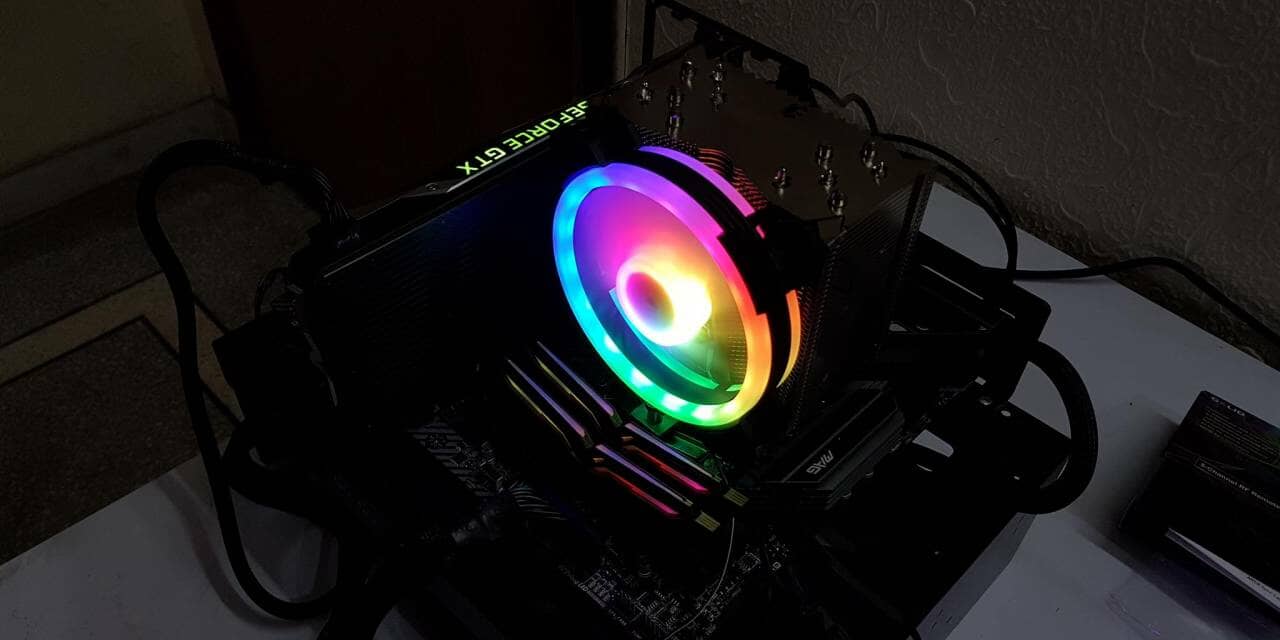 The English word “Gelid” comes from the Latin word “gelid us” (very cold, icy). As the name indicates, the GELID Solutions are primarily focused on thermal solutions as they design and manufacture CPU and VGA coolers, chassis fans, thermal compounds, accessories, and other equipment for computers and electronic devices. The company also supplies a range of products for international OEM and ODM clients. They are based in Hong Kong and have multiple manufacturing facilities in Mainland China and Taiwan. The company believes in Quality, Reliability, and Efficiency as the main driving force behind the product ideas and execution.

GELID Solutions has sent us their new ARGB fans named STELLA. This is a 120mm size fan featuring dual ring ARGB LEDs for some stunning AURA of lighting. Salient features include: 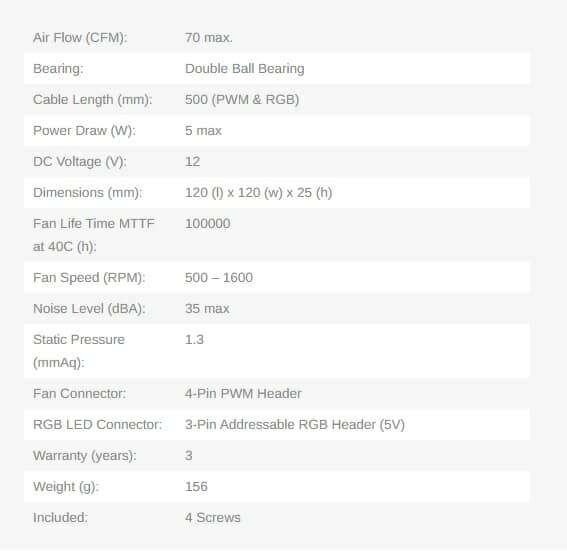 The fans are shipped inside a paperboard packing box. 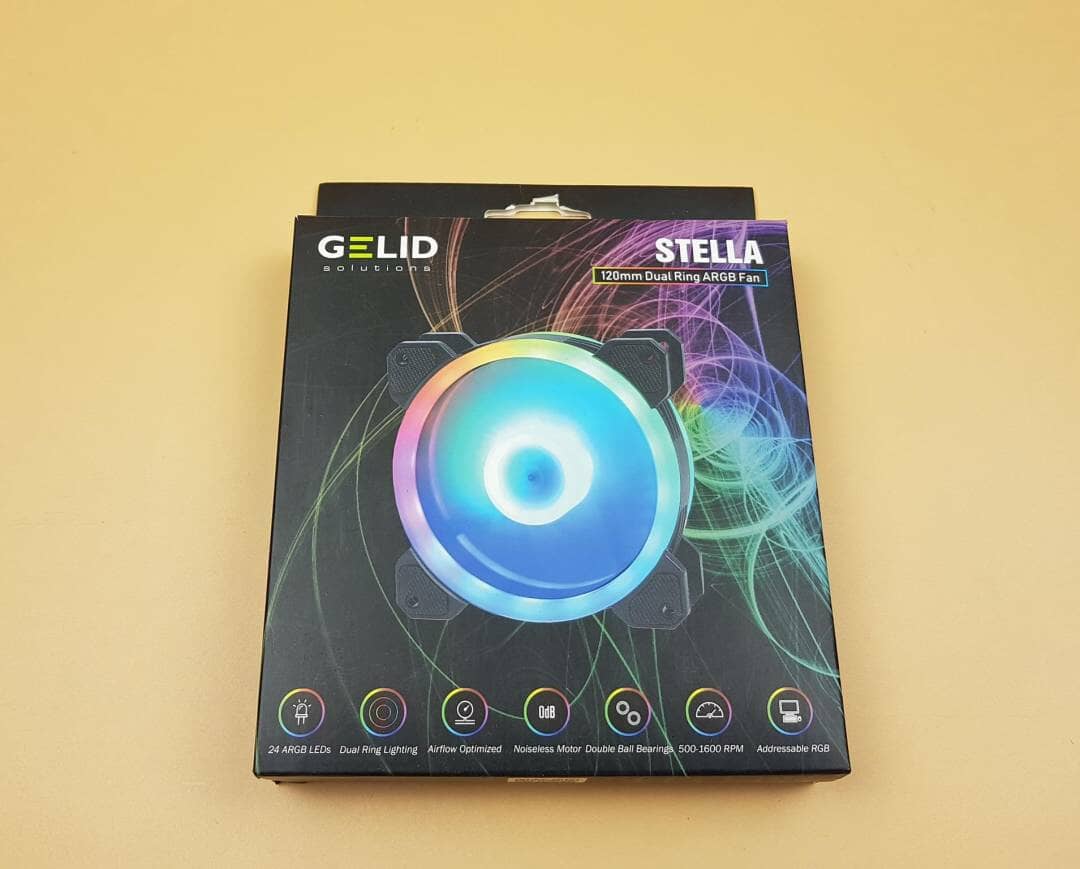 Salient features of the fan are highlighted at the bottom. There is a dynamic lighting effect picture of the fan in the center. 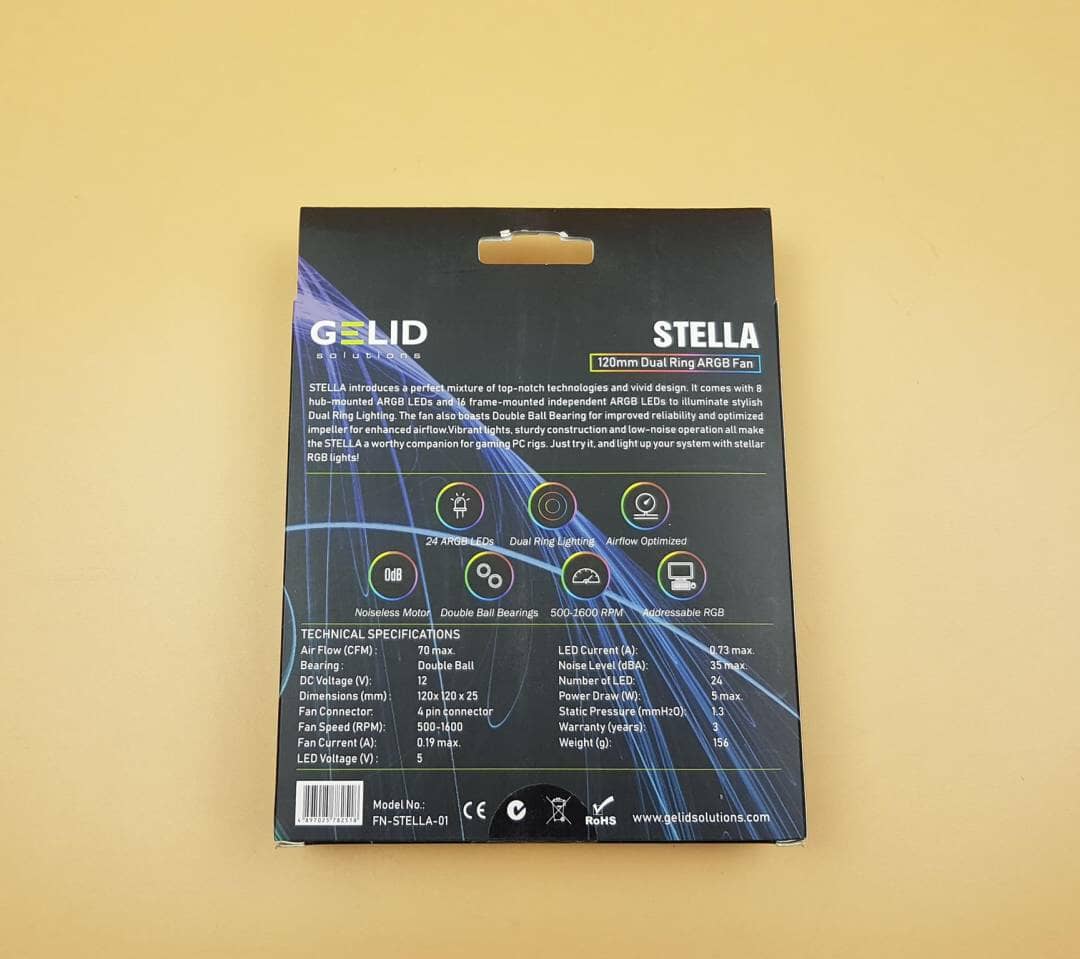 The specifications of the fan are printed here. 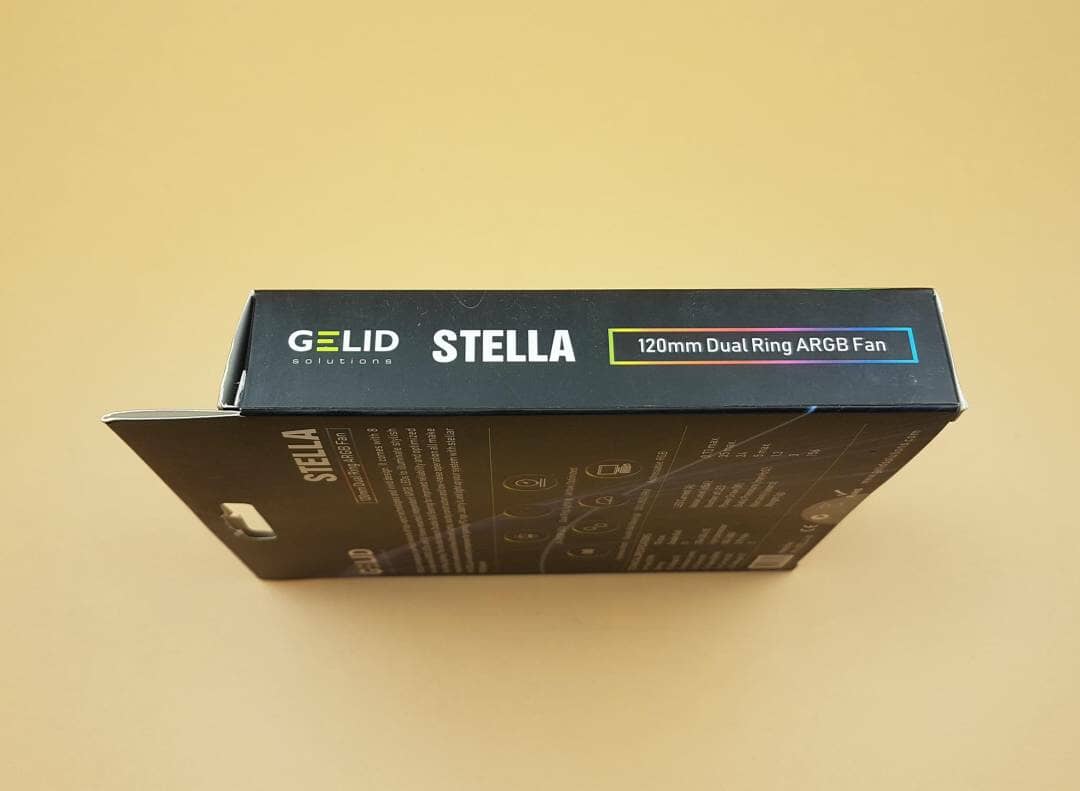 Both sides have identical layouts. The name of the fan is printed along with the GELID branding. 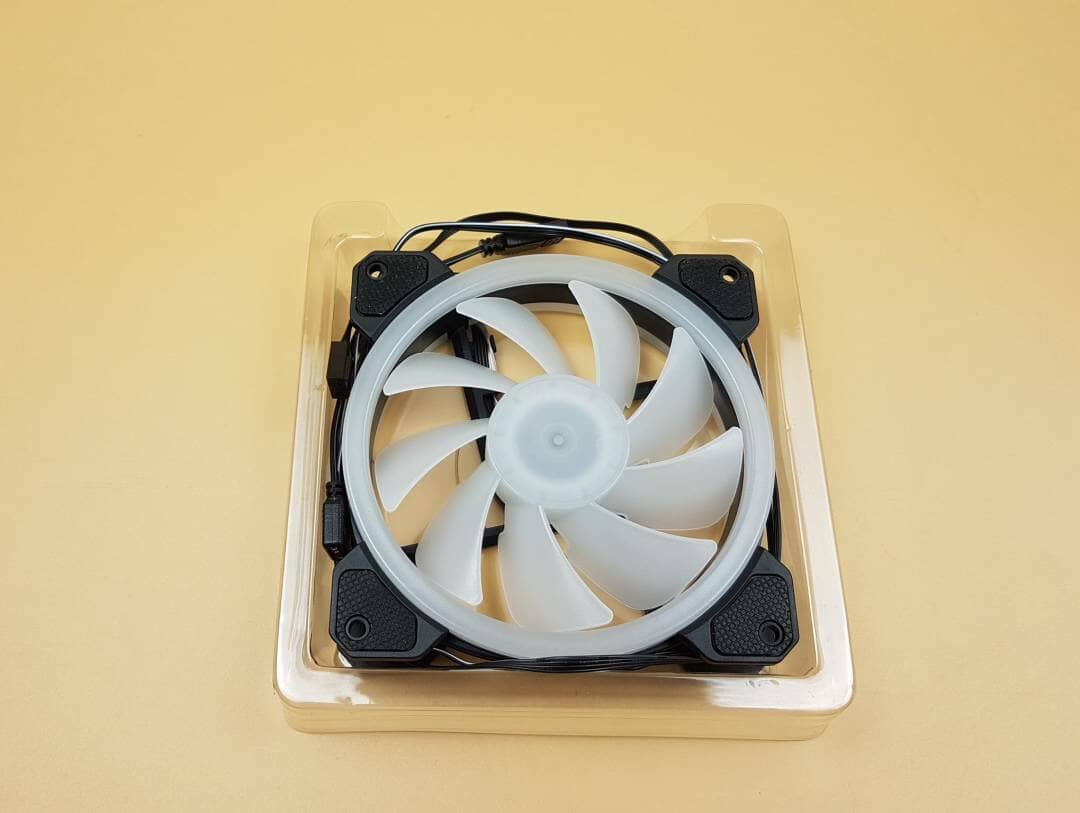 The fan and the 4x self-tapping screws are placed in a transparent container.

Following are provided in the box:

Let’s take a closer look at the design. 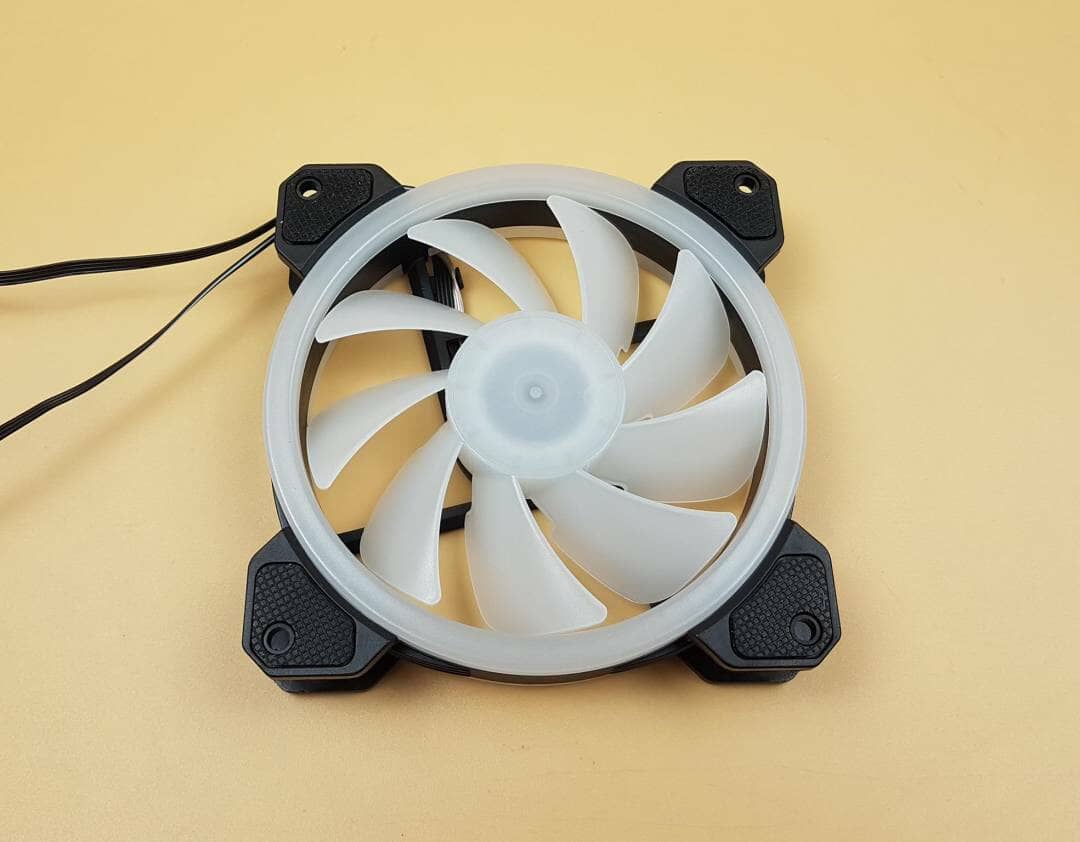 The dimension of the fan is 120x120x25mm. Each fan weighs 156gm. The fan has 9 3D optimized blades. These blades are frosted for even diffusion of the ARGB lighting. This particular design helps in generating more airflow on the leading edges which is sustained by the cutouts in the same design on the trailing edges. This design also reduces turbulence. The central hub has a large diameter than the standard 120mm fans. This is due to the fact that 8 LEDs are housed inside the center. There is no branding on the center. We have the same frosted center or hub as are the blades and the outer ring. 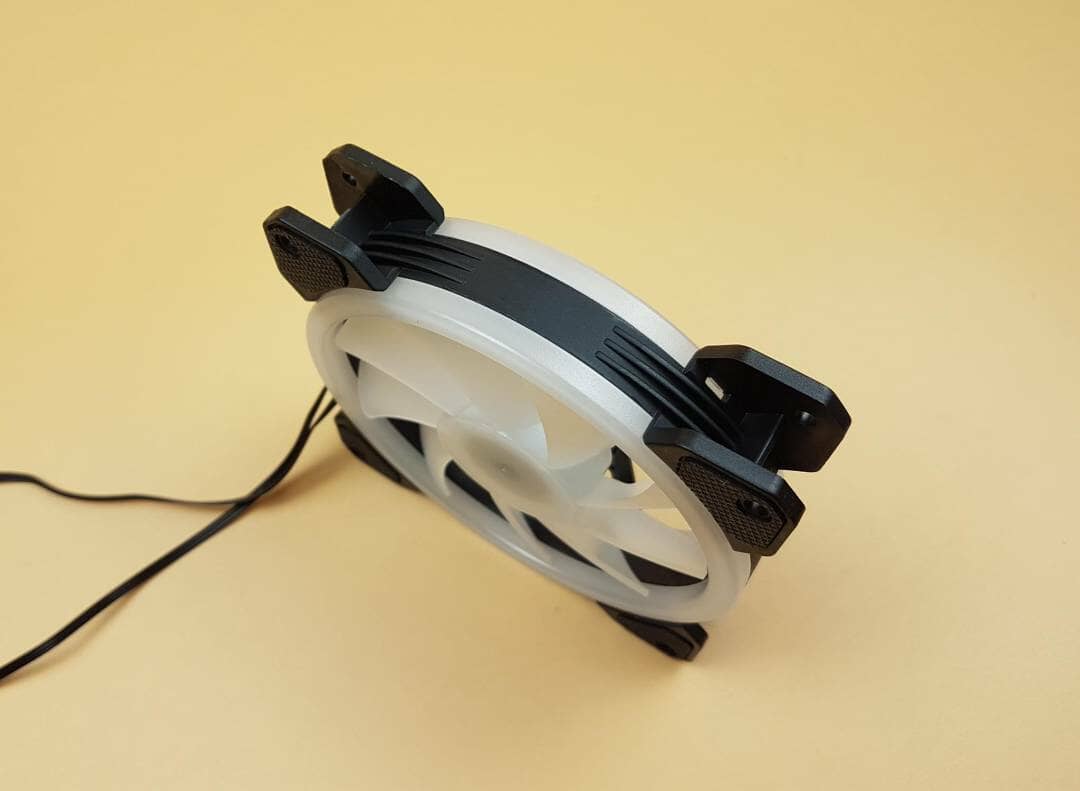 The frame of the fan is made of plastic and finished in black color. The frame is rugged and sturdy. The frame is distinguished by housing two backlit frosted rings on it. There are 16 ARGB LEDs on the frame under these rings. The sides of the frame give an impression that these are sandwiched between the rings. There are no arrow symbols on any side. These symbols help the user in identifying the direction of the airflow and the direction in which the blades would spin. 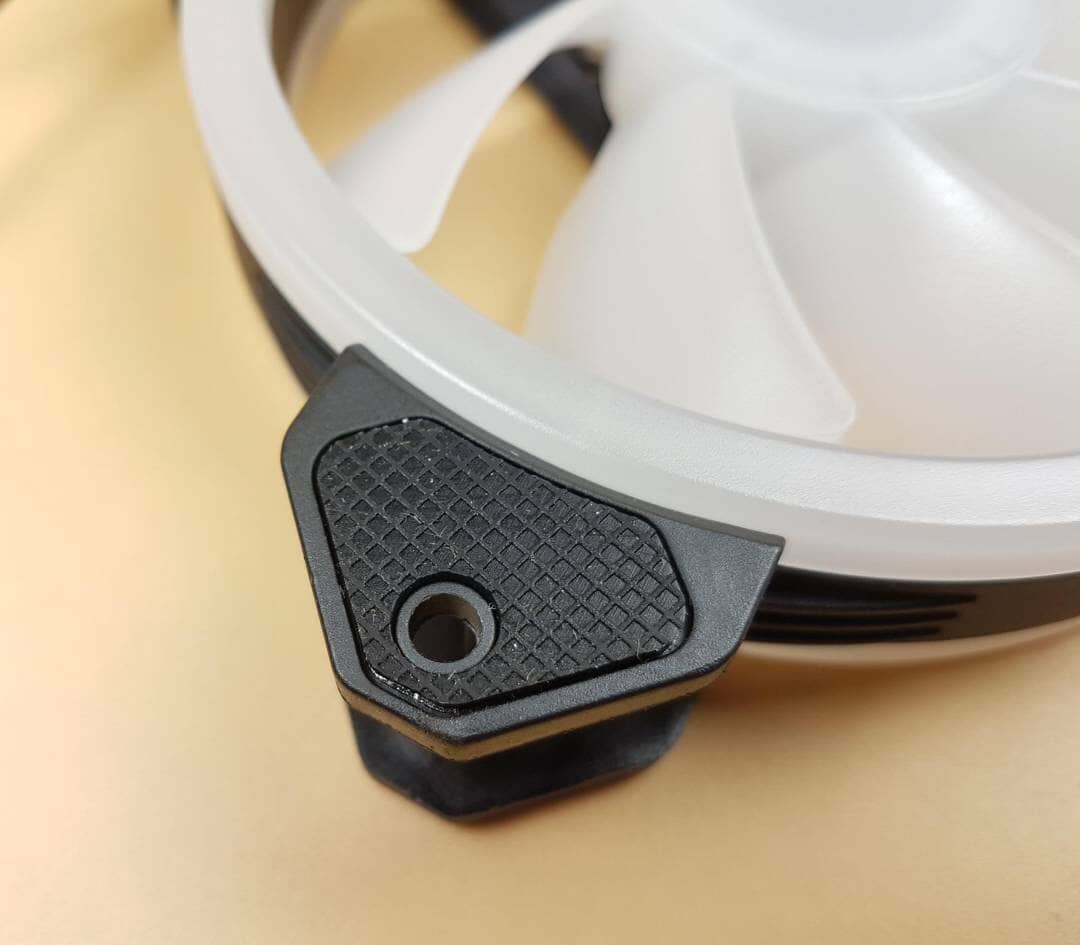 There is an anti-vibration pad on each mounting corner. These are there to reduce the noise coming from the vibration of the surface to which the fan is attached. These pads are cut-to-size and have a rubber grip feeling. 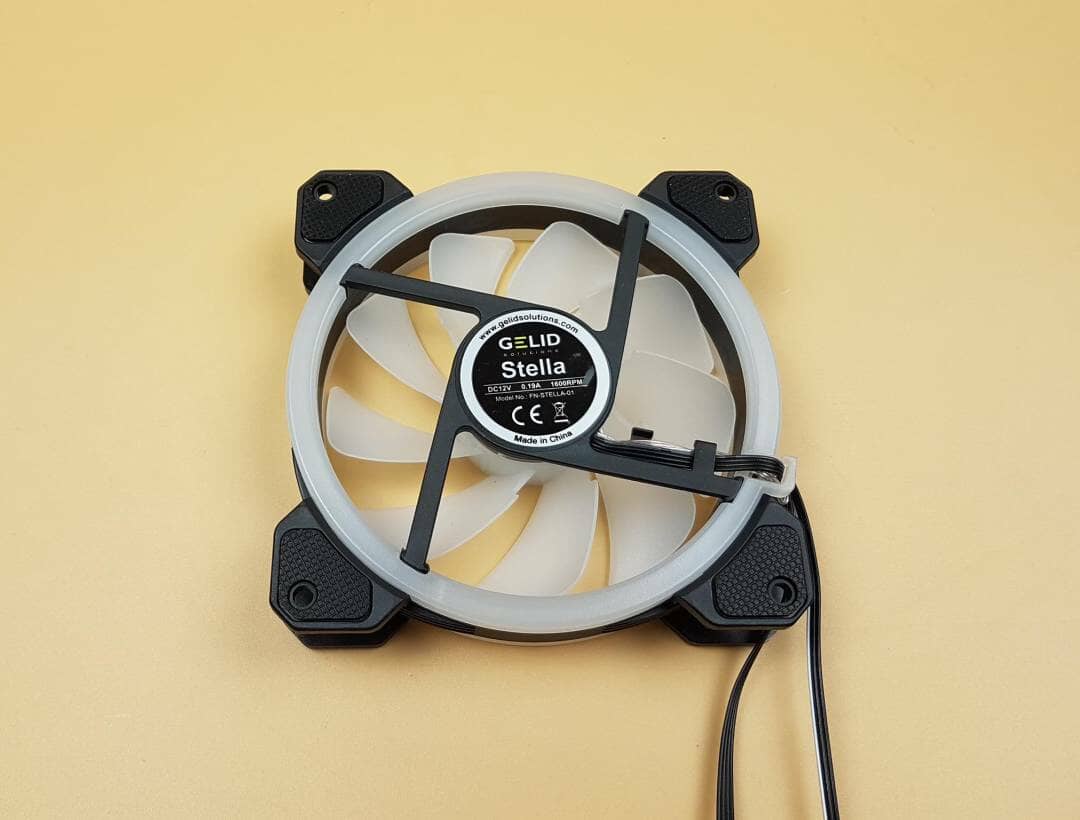 The backside of the fan shows a 4-arms assembly holding and securing the fan blades and motor to the frame. There is a sticker pasted here showing the power rating of the fans. The fans are made in China. One of the arms has catchers through which the cables routed. These fans are using double-ball bearings coupled with a noiseless motor drive IC. These are rated for 100,000 MTTF at 40°C. 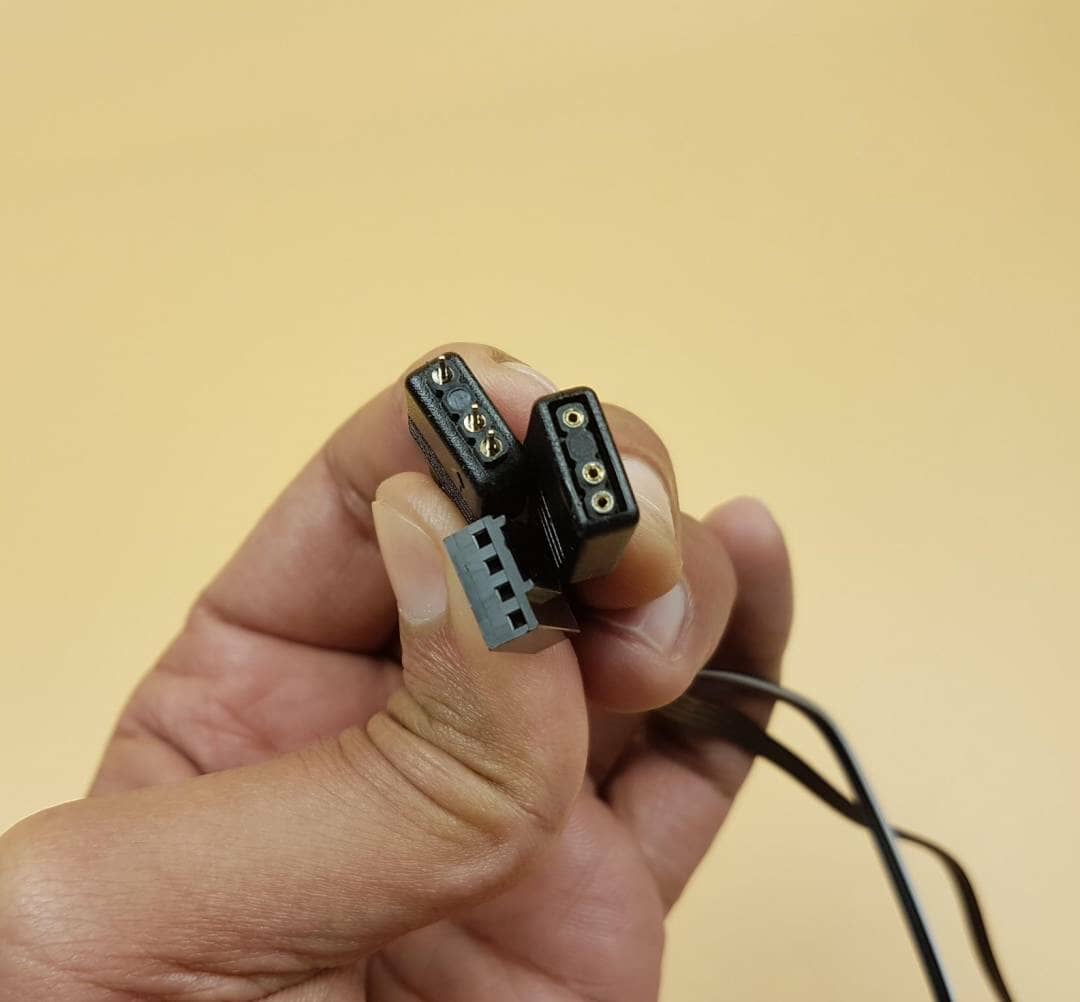 There are two flat cables per fan. One is the 4-pin PWM connector cable to power the fan’s motor and a 3-pin ARGB connector cable. The length of each cable is 500mm. The RGB cable is using a dual connector for ease of connectivity and daisy-chaining. The fan has a standard ARGB connector using 5V, D, NP, G pin format.

We have used the GELID AMBER5 ARGB and fan control hub for the lighting effect of the fan. The 4-pin PWM connector was connected to the CPU_FAN header of the MSI MAG Z490 TOMAHAWK motherboard. The fan has responded seamlessly to the dynamic lighting modes of AMBER5. The ARGB lighting is quite subtle and beautiful for my personal liking.

The following test bench has been used: –

Before we could test the fan, we needed to establish reference data against which the results could be compared. For this purpose, we have used the GELID SIROCCO single tower cooler which comes with the Radiant fan. The stock fan is rated for speed of 750~2000 RPM at 77.2 CFM airflow and 3.39 mmAq static pressure. The Radiant has a better rating than the STELLA fans. 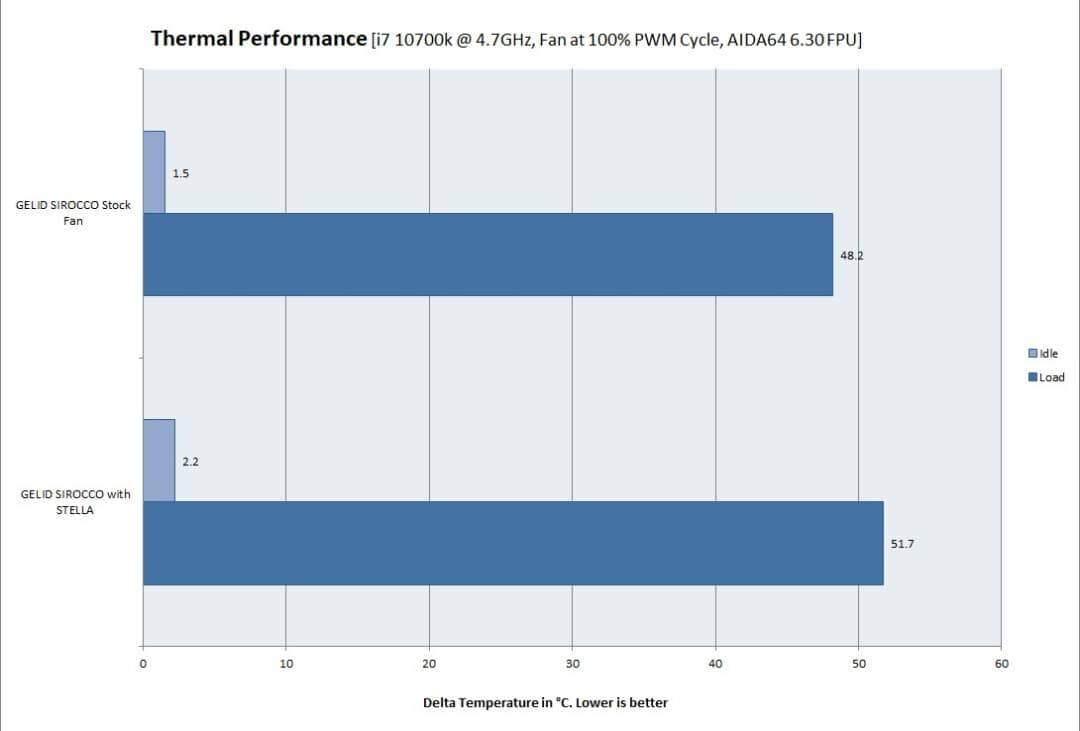 The STELLA fan is trailing the Radiant fan by over 3°C with both fans set to run at their full speed.

4.7GHz All Cores with Auto PWM 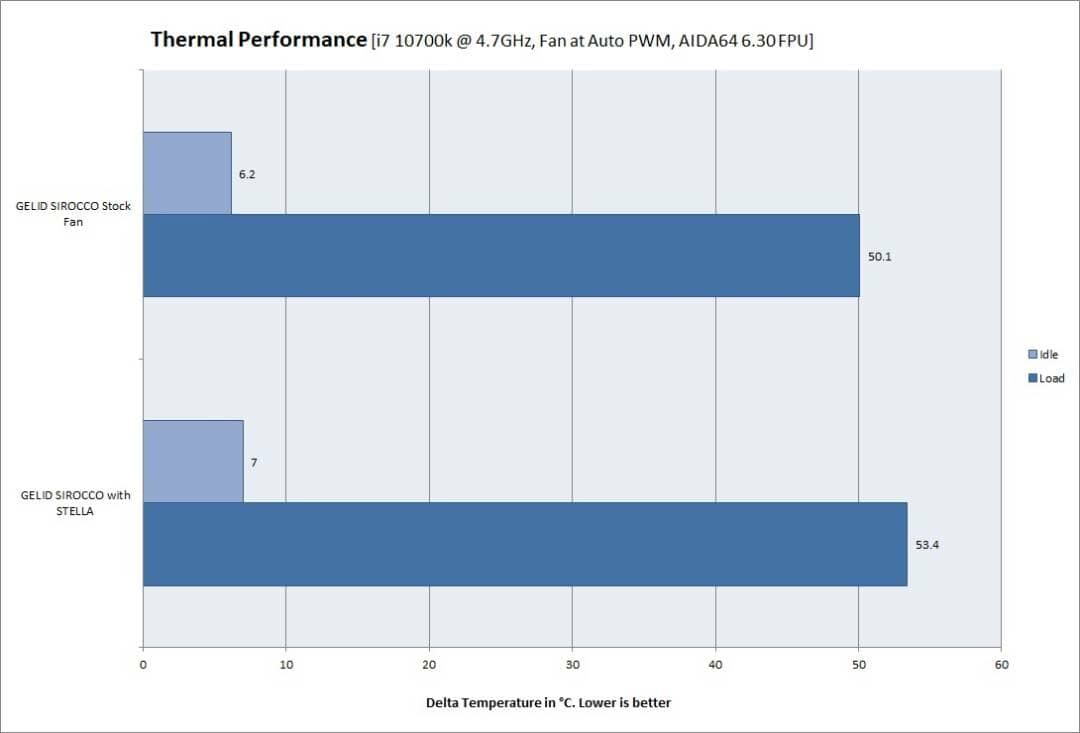 We made the fans run on Auto PWM and found that the difference is still over 3°C for the STELLA with the Radiant fan.

The thermal testing is clearly indicating that the STELLA fans are more suitable for the case ventilation. 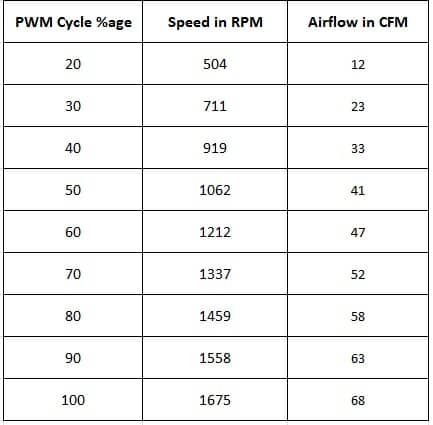 The fan was connected to the PWM Fan header of the motherboard. The lowest this fan can go is 20% PWM Duty cycle. The speed on each duty cycle (with an increment of 10) was observed for 5 minutes before recording the reading. The airflow of the fan was also checked using PerfectPrime Anemometer. We have measured the airflow on each PWM duty cycle set from the UEFI/BIOS.

The sound meter was showing the noise level of the GELID STELLA to be 51 dB(A) with an ambient sound level of 33 dB(A).

We have taken a spin on the GELID Solutions STELLA ARGB Fan. This fan comes in a single pack. There is 5 fans pack with AMBER5 ARGB and PWM hub. Everything about the STELLA is about the ARGB light show; take it from the top of the back or even the sides! This is achieved by using backlit dual rings on the frame. We have 9 frosted blades with a bit wider hub of the fan as it houses 8 ARGB LEDs in it. The fan’s blades are designed to make it optimized for increased airflow and reducing noise turbulence. There are 16x ARGB LEDs on the frame under the rings. Each mounting corner has a cut-to-size anti-slip anti-vibration pad. The fan features a noiseless motor drive IC. The fan is using double-ball bearings and is rated 100,000 MTFF at 40°C.

The dimension of the fan is 120x120x25mm. The fan packs some stunning and vivid lighting effects which look that good in person. The fan is rated for 500~1600 RPM at 12VDC using 1.3mmAq static pressure rating and 77CFM airflow. The noise level is rated at 35 dB(A) max. The power draw of the fan is 5W at 12VDC. There are two cables per fan. One has a 4-pin PWM connector to power the fan’s motor and the other is 3-pin ARGB LED standard connector.

Since the STELLA has a standard 3-pin (5V, D, NP, G) format, it is expected to be compatible with ASUS AURA SYNC, ASRock RGB LED, MSI MYSTIC LIGHT SYNC, and GIGABYTE RGB FUSION READY. There is no dedicated lighting controller provided in the box. Also, there is no compatibility information provided on the box.

The GELID Solutions STELLA ARGB fan has an MSRP of USD 9.99/EUR 8.90 at the time of the review. We have tested the fan using the GELID SIROCCO air cooler. Our thermal testing is showing that the STELLA fans are more suitable as PC Case fans for ventilation than to be used on the heat sink or radiator. GELID is not marketing these fans for the heatsink or radiator use either. GELID is offering 3 years warranty on STELLA ARGB fans. They are a good buy for your case fans and will definitely lit your chassis with some vibrant colors and decent ventilation.

We are thankful to GELID Solutions for giving us the opportunity to review their STELLA ARGB fans. 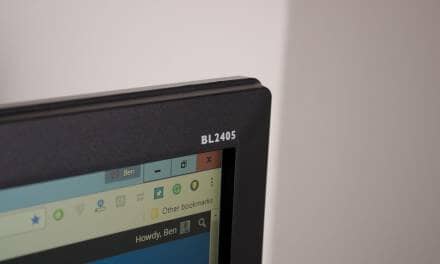 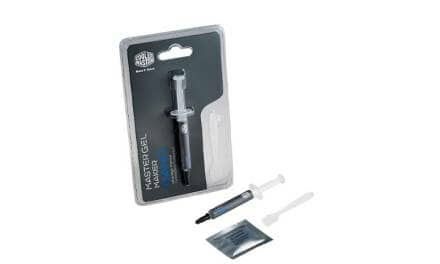 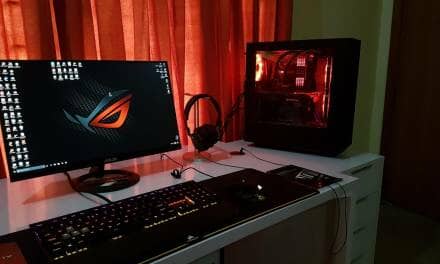 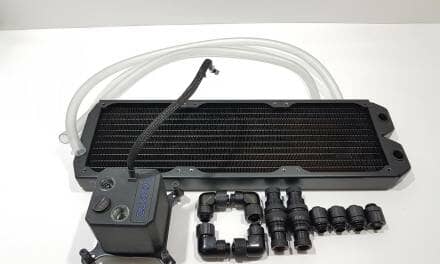